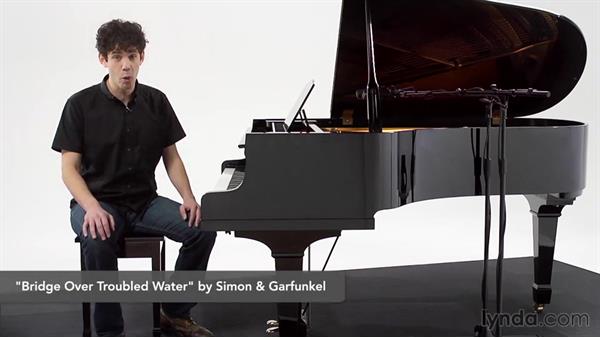 Join Julian Velard for an in-depth discussion in this video Verse without chorus form, part of Music Theory for Songwriters: The Fundamentals.

Without a chorus or bridge to provide variation…or a refrain for the listener to pin their hat on,…these forms put a supreme focus and pressure on the lyric.…One brilliant example of this form is…Jimmy Webb's "By the Time I Get to Phoenix."…He uses the same melody and chord sequence three times…