Triads, chord progressions, and cadences in a song 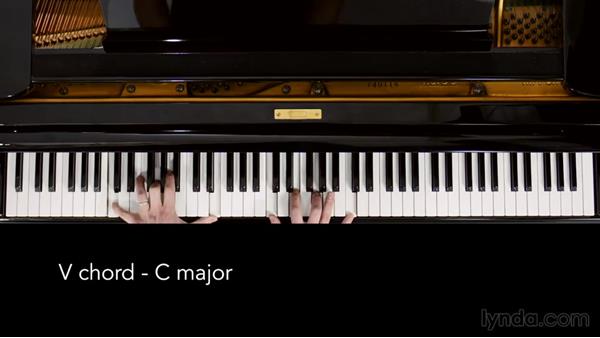 - So now I'm going to tie in some of the concepts I've just covered. Chord inversions, and voicings, cadences, and chord progressions. By using one of my own songs as an example, called, "New York, I Love It When You're Mean." The song's in F major, and I'm going to pick it up from the middle of the song. ("New York, I Love It When You're Mean" by Julian Velard) ♫ Some other cities may be easy on the eyes ♫ You see yourself living there, happy till you die ♫ But give it to me real, I don't want to live in a dream ♫ New York, I love it when you're mean ♫ New York, it's exactly as it seems ♫ New York, you don't like it you can leave ♫ New York, don't know what it means ♫ When you're mean to me ♫ (jazzy piano music) You'll see I use deceptive cadences a lot in this song.

But I'll build it into the lick. (jazzy piano music) So that's an example of some of the chord progressions, and voicings, and inversions, and cadences that I use in my song, "New York, I Love It When You're Mean."

Video: Triads, chord progressions, and cadences in a song