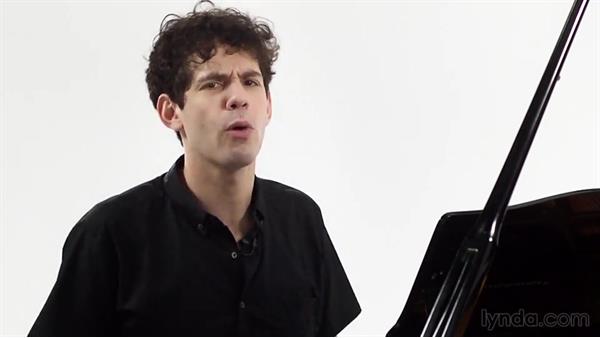 Join Julian Velard for an in-depth discussion in this video Seven white notes and five black notes, part of Music Theory for Songwriters: The Fundamentals.

- In Western music, each octave is divided…into 12 equal steps.…Without getting into the math of it,…we perceive each pair of adjacent notes…as being equidistant from each other.…This is what the term equal temperament means.…For instance, when I play this note…and its next-door neighbor…(piano notes playing)…we perceive the difference in frequency…between those two notes as the same amount…of difference between these two neighboring notes.…(piano notes playing)…In order to keep all these keys straight, we've named them.…

Each black key is either higher or lower in pitch…than its white key neighbor…and every black key has two names.…