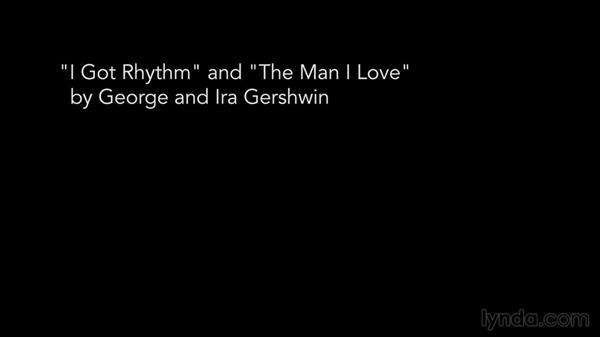 Join Julian Velard for an in-depth discussion in this video AABA 32-bar form, part of Music Theory for Songwriters: The Fundamentals.

Famous examples of this form from that time period are…George and Ira Gershwin's "I Got Rhythm"…and "The Man I Love,"…Richard Rodgers and Lorenz Hart's "My Funny Valentine"…and "Blue Moon,"…Frank Loesser and Hoagy Carmichael's "Heart and Soul,"…and Harold Arlen and E.Y. Harburg's "Over the Rainbow."…There are also famous variations of the 32-bar form.…Most of the great songs of Cole Porter,…"Night and Day," "I Get a Kick out of You,"…and "Begin the Beguine" to name a few,…are extensions of this form going much longer…than 32 bars.…