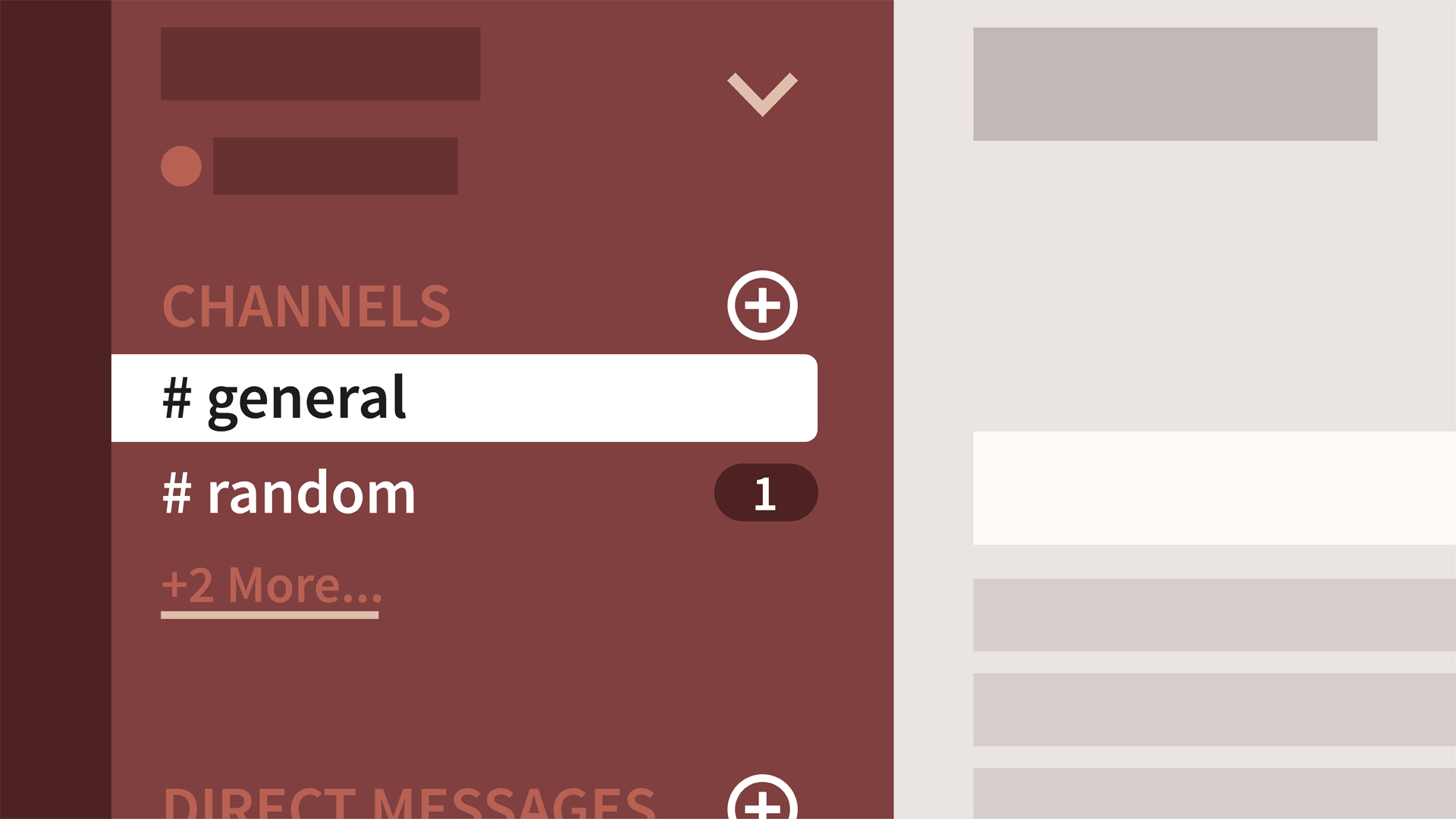 Join Gini von Courter for an in-depth discussion in this video Create a new channel, part of Learning Slack.

Now, if I want to create a private channel, it really works the same way, I click plus, and instead of choosing public, I click the toggle and now I have a private channel, notice the icon of the lock rather than the hash? And I can create the next budget year, which is 2021 and this is preliminary work, on the out year budget.

Now I'll change that as we get one year closer because it won't be the out year anymore and I want to invite Charles to be part of this conversation and Griffin, and Lisa Marlee, notice invitation pending. Lisa hasn't joined yet that's good for me to know, probably Sally Kerner for sure because Sally's our CFO and that's where we're going to start.

I'm going to create this channel. Notice that this channel can be joined or viewed only by invitation, and here's budget 2021, and budget 2020. Now if I'm creating a private channel, it's possible that I will be told that that name can't be used because every name has to be unique. Watch what happens if I try to create for example, a public channel called budget 2021? It's already taken by a channel, username, or user group.

This gives us a clue that I can't name a channel a user's name, or a group name, which we haven't talked about yet. Because group names are only available for paid plans, but if you see that a name has already been taken and it's not a public channel then the odds are good that it is a private channel and you need to choose a different name. What else would we like to know about how names work when we create channels? First you have only 21 characters to name your channel.

That's actually a fair number of characters, those characters can't be uppercase, it's not case sensitive so channel names are always in lowercase. You can use a dash as opposed to using a space, and you can't name a channel for a name that already exists. Or, for the common Slack features. So for example, you can't have a channel that is named channels, create, all, edit, everyone.

Because these are reserved words. So if I tried to name a channel, for example all and I tab, it will let me try until the point where I actually go to create it, and then it will say you can't do that. So if you need the list of reserved words when you're creating channels you can search for that in Slack just say Slack reserved names and it will let you know what names can't be used in other places. It's possible that your organization has a naming convention and if it does you should ask about it.

It would be nice if that was at the top of the general channel for example, here's our naming convention. You might search for it within Slack and see if you can find it, but it's not uncommon. Because, Slack works best when everyone understands how channels are named. So you might have for each department, a channel. For example, accounting, manufacturing, research, installs in our case. You can also use prefixes that are very helpful.

I can have faq-installs, faq-benefits, faq-onboarding faq anything I'd like. Other common prefixes include the prefix p-r-o-j for project, h-e-l-p, help- for help and I'll use those prefixes with existing efforts or existing channels. So if we had questions and people wanted to know about installs I could do faq-installs because I already have an installs channel.

And the purpose of this is, and I'm going to uppercase the F in Frequently and create a channel. Now if I wanna invite specific people to this I can, but remember it's public anybody can join who wishes to join.

9/10/2018
Learn to collaborate seamlessly with Slack, the popular team messaging tool. Slack allows you to have conversations wherever you are: in a web browser, on a Mac or PC, or on the mobile app. In this course, Gini von Courter gets you up and running quickly, showing how to log in, join channels, and start writing messages right away in Slack. She also explains how to upload, share, and comment on links and files; how to create and manage channels; and how to integrate with 1,500+ supported apps, including Twitter and Google Calendar. Plus, learn how to set up a new Slack workspace and configure your team roles and permissions to fit your organization's communication style.
Topics include: