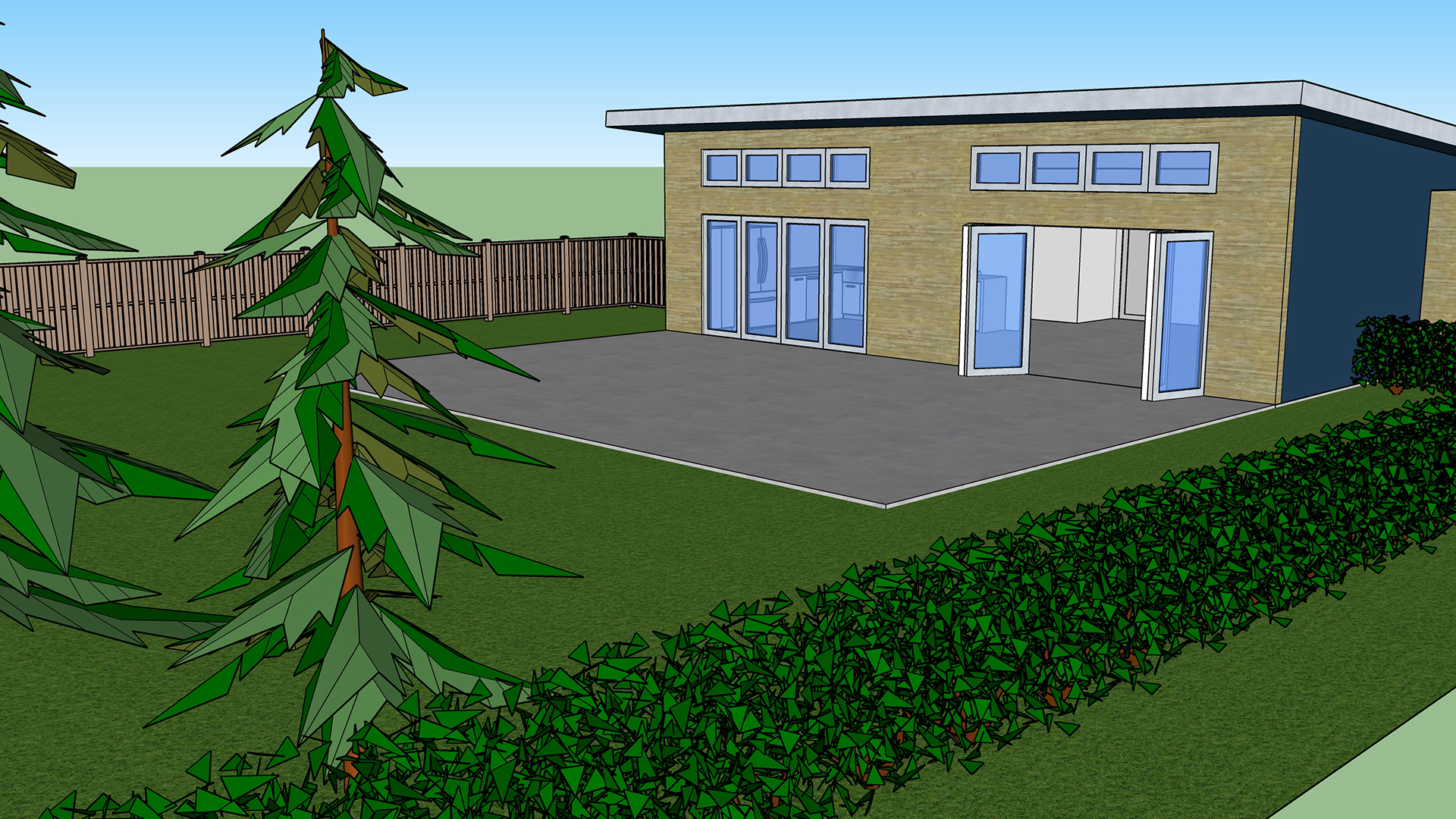 Layers are a popular way to organize scenes in SketchUp. In this video, George shows you how to create layers of objects in the SketchUp Layers window. These layers are then turned on and off to make sets of objects visible. George then shows how to move objects between layers, and how to create new geometry in a specified layer.

- [Instructor] Another way to organize your scene is to use layers. Layers allow you to have named groups of objects that can be shown or hidden at will. Now Layers is its own separate window so on the Mac you would go into Window, Layers. On the PC, you would find it in the tray so you want to make sure that Layers is checked and then when we go into our default tray you should be able to find it. Now however you get into the Layers window, you will see that it's really very simple. We have named layers here and then we can turn them on or off in terms of visibility.

So I have a layer here for the roof so I can take the roof off the house. If I want I can turn off the actual shell of the house itself, and that just reveals all the stuff that's inside, which would be for example the bath, doors and windows, as well as the kitchen, and then I also have one for the foundation. Then finally I have this one here for landscaping. Now if I try to turn this off it's going to give me an error, and that says that I cannot hide the current layer.

So if I have the landscaping layer as my current layer, and I were to draw something simple like a box, and maybe use my push/pull tool to pull that up into geometry. If I were to go to another layer and hide that, you can see that that landscaping layer includes that box. Now, we can also switch objects between layers. So for example if I hide my landscaping layer, you'll notice that while this sidewalk here probably should be part of the landscaping.

Now we can change the layer of something using what's called the Entity Info window. Now we can find it in an couple of places. The easiest way to get to it is to right-click over the object and go Entity Info. Now on the Mac this will bring up a separate window. It will show up in my tray on the PC. So this object here is actually a group, and that group is on the house layer. So if I want to I can change it to any of the other layers in my scene.

And those assets will go to the default layer which is always called layer zero. If I have layers that are empty, I can click on this button and purge them. And if I want to create new layers, I can hit this plus sign. And when I do, it brings up a new layer, and let's go ahead and create a sidewalk for this scene here. So I'm going to type in the word Sidewalk, and let's make that the active layer. So now, when I draw, I can actually draw in this layer.

And so now I've drawn the basics of a sidewalk, and then I can push/pull that up a little bit to actually make it a little bit more realistic. And now if I want to I can turn that layer on or off. So as you can see, layers are a really great way to keep your scene organized. So, go ahead and create layers and use the Entity Info window to assign your objects to those layers.

12/5/2017
SketchUp is an easy-to-use 3D modeling application. In this course, get up to speed with SketchUp by gaining a foundational understanding of the drawing, design, and rendering tools offered in the 2018 version of this powerful software. Instructor George Maestri covers navigating the interface, manipulating objects, drawing in 2D and 3D space, leveraging organizational tools, and working with materials and textures on both Windows and Mac computers. Plus, learn how to work with reusable components—including third-party objects from the 3D Warehouse—and apply simple styles and animation to make your 3D projects more polished and presentable.
Topics include: