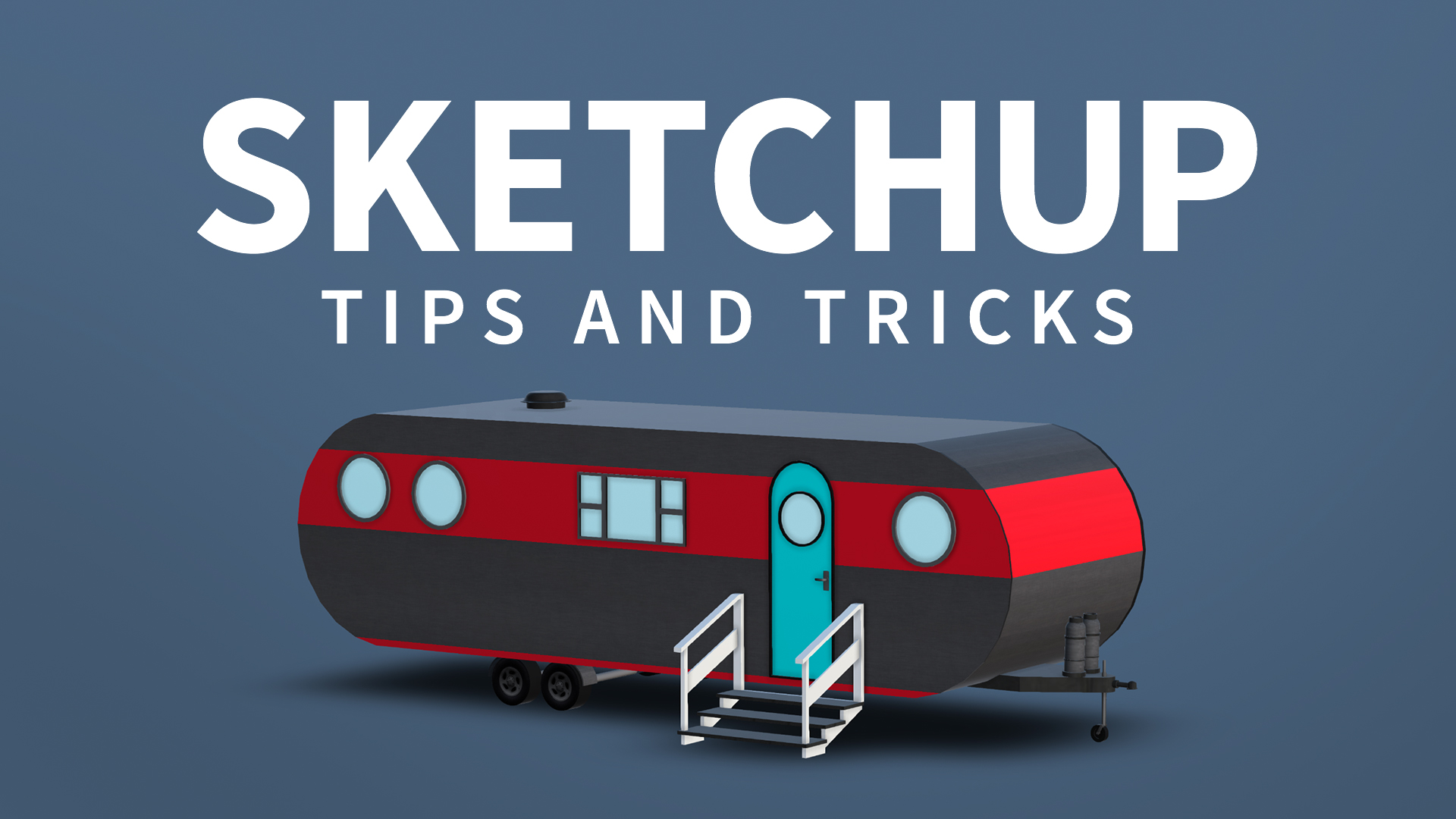 - [George] Hi, I'm George Maestri, and today is virtual reality day. We're going to look at a few ways to get your SketchUp models into VR. And it's actually a lot easier than you think. Now, there are a number of ways to get from SketchUp into VR. You can export out of SketchUp, bring it into, say, a game engine such as Unity or Unreal, and then go from there into virtual reality. But there are a lot of internet-based services that can do a lot of that functionality very quickly.

So, I'm going to show you a few here. So, I'm going to bring up a browser, and the first one I want to talk about is the SketchUp viewer for the HoloLens. Now, if you have a HoloLens, this is a great way to go. It is a SketchUp branded plugin, and it's a great way to get into augmented reality. Now, if you don't have a HoloLens, you can go to something, say, such as IrisVR. And they have a service that will go into two places, where they have Prospect, which is a desktop-based application, and that will work with Revit, SketchUp, Rhino, a number of other packages.

And it also will go into things such as the Oculus and the HTC Vive. Now, they also have another product called Scope, which is based on mobile VR, so something like Google Cardboard, or Samsung Gear VR. Now, there is also another one called Modelo, and this is great because it's basically free. It's mobile-based. The product basically allows you to export into something like Google Cardboard.

Now, the pricing, I like this, it's basically free for an individual account. There's also another one called Kubity, which again will give you a mobile-based experience. Now, I have an HTC Vive with me right now, so I'm going to show you IrisVR's Prospect. And that's simply because I have the headset here and it's easy for me to show you. Prospect is a separate application that you download and install onto your system.

It's going to ask me a couple of questions. I'm just going to leave it at the defaults, and we're going to go ahead and do Start Processing for VR. And it may take a little while, but once it's done, it'll say your file is ready for VR. And now, this is when you put on the headset. So, I'm going to go ahead and launch this, and we'll see what we get. So, as you can see, it gives me kind of this tabletop environment.

And it gives me my model on that tabletop. Now, I can use my Vive controller here, and I can point anywhere on the model and click to move my camera there. So, now I can see this from this vantage point. If I want, I can move a little bit closer. And again, I get a really good sense of how this looks. Now, if you have the actual headset on, you will see this in stereoscopic 3D, and it does look fairly realistic for what it is.

I'm going to go ahead and close this. So, now once my file is there, I can save it out to that particular library and share it with other people. Or, I could just close. So, this is just one of many different programs that allow you to view SketchUp files in VR. Now, each one has its own benefits, so just take a look at them and see which one works for you.

3/1/2017
Discover how to use SketchUp more effectively. In this course, George Maestri covers a wide variety of topics and shares tips that can help you use this powerful application to efficiently and quickly create detailed 3D models.