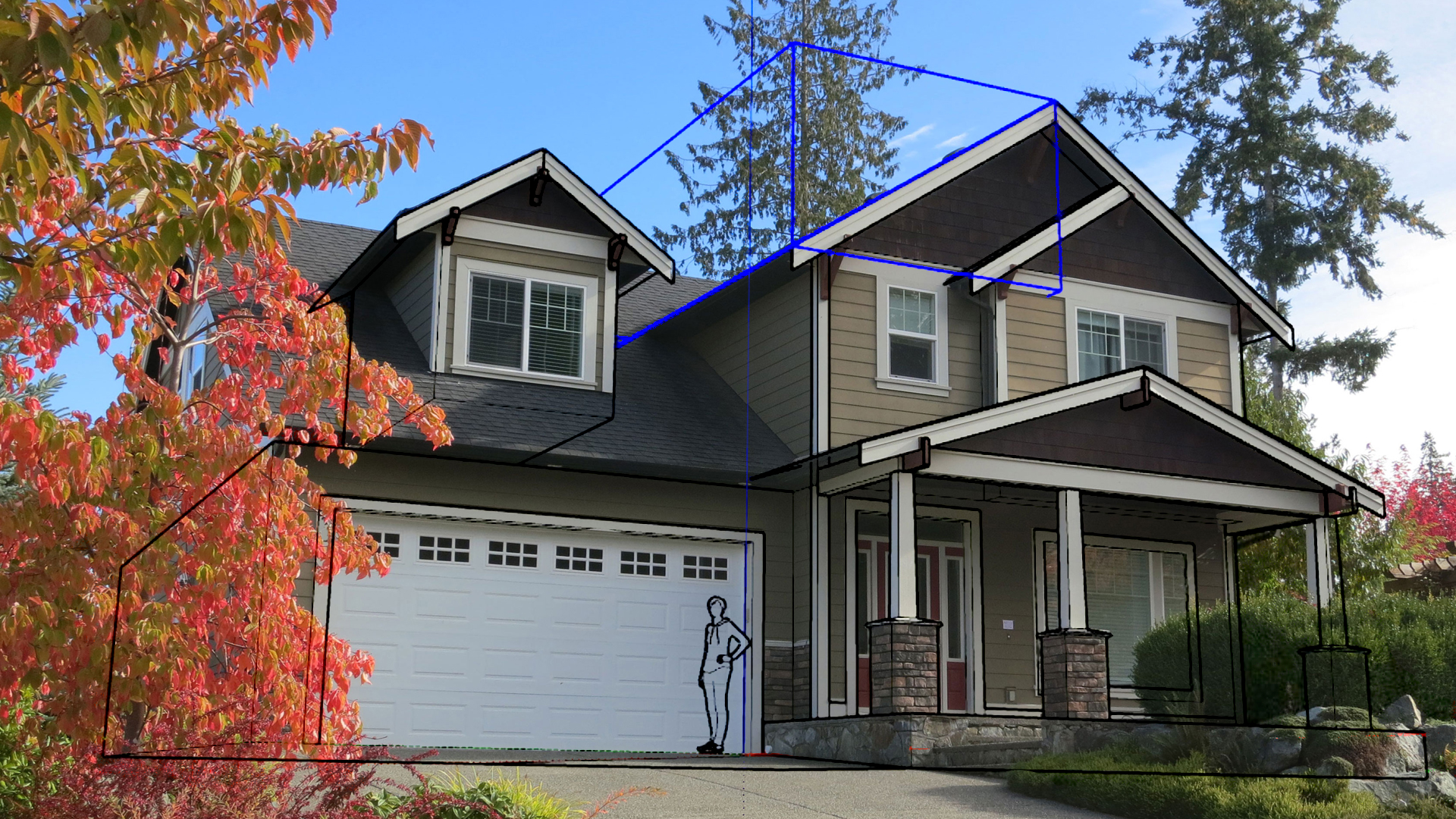 Learn about the photos that are supplied in the exercise files, along with the strategy of standing off to the side when photographing.

- [Instructor] Let's take a look at the exercise files that I've provided. Now, there are five photos that we'll be using to create this photo model. The first photo looks like this. So, I took a picture from the front of the house, but observe that I did not stand directly in front of the house and take the picture. What I did is I stood off to the side, so that I could capture the house at a kind of oblique angle, and this allows me to capture in one photo, the front surface, as well as the side.

But I can just make out this surface here with these horizontal lines in the siding. This photo from the back of the house clearly shows these two angles coming together at a 90-degree angle, and that will be invaluable when we're reconstructing the model in SketchUp. Photo five gives us some detail over here that was obscured by the barbecue, but it doesn't really show us the side of the house. Unfortunately, that is obscured by this shed, but this will give us some important texture information, and I can also just make out these lines here that represent a 90-degree angle with respect to the back of the house.

So that will give us just enough information to deduce the perspective from these photos in SketchUp. In the next video, we'll import the first photo and begin mapping the lines of perspective in SketchUp.

3/8/2018
This course takes you step-by-step through how to use SketchUp to create a texture-mapped 3D model of building exteriors using photos. Learn how to leverage photo-matching features to enhance and evolve a model from several vantage points. Scott Onstott demonstrates how to rough in building volumes and roof slopes, handle complex roof scenarios, adjust the model to match perspectives, work with textures, use a library of materials and more.
Topics include:

Video: About the photos