Creating a story arc with your questions 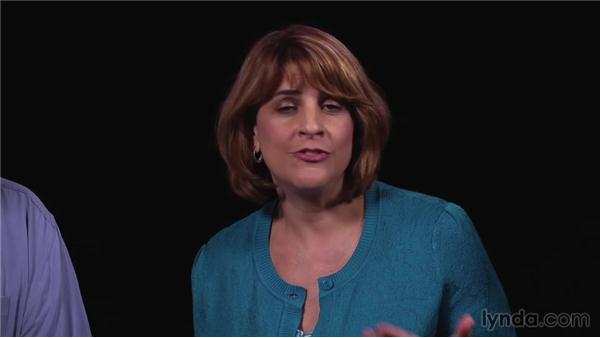 Female 1: One of the best things you can do in your interview is to create a story arch, and what I mean by that is, that the whole process of the interview is actually an experience with a beginning, middle, and end for your subject. And there's probably a couple of key things that should be part of that story arch, right Rich? Rich: Yeah, your going to want to ask questions that encourage the person to go a bit deeper, and so while they may give you an initial answer, you're going to want to ask some follow up things like. How is this done. So they actually describe the process and walk you through it, and this is going to help you really understand it, and more importantly, help the person at the other end watching the interview really understand what the person is talking about.

Also, don't overlook the why question. You want to understand what is the motivation. Behind the subject matter, and so if you just rely on short answers it's often not as compelling. But how and why questions help the audience member really understand the importance of what's being talked about. It's one thing to talk about the work that's happening within an organization. But when you start to get to the reasoning behind it, the motivations, people begin to make a connection. Female 1: How and why questions are definitely the best kind to ask, and also, what about getting examples? Rich: Oh absolutely.

When you can actually get a concrete example, or even a few examples, this really makes it more relatable. It's one thing to hear about a process. You learn about somebody rowing a boat. But when you hear a humorous story or a great example about how rowing that boat got somebody from point A to point B, and it becomes more personable, it really makes some connections. We're born storytellers, and if you look back through human history, way back, you know, there's this whole culture of storytelling and the idea of the campfire or the stories being passed down from generation to generation.

We just remember it better. When you actually get these concrete stories, it takes it from being an abstract concept into a reality. And it opens up opportunities to get footage or photos, and make this a memorable story that the audience is going to learn from. Female 1: That's true. And one of the things I try to do when I'm trying to draw out that story is I kind of build an experience for my interviewee. So I want to start with my softball questions that we kind of talked about before. And then I build up to key points, the things that are really the most important components of the story.

One of the things I try to do at the height of the interview is to really draw out some emotion, and the way I do that is this little trick which I'm going to give you. And that is, I try to set my self up to be contradicted by my subject. So I find something about what it is that they're doing, that I know they feel passionate about, and I say the exact opposite. So to the orchestra conductor who conducts the fantastic community orchestra, I might say wow, community orchestras, they usually have a terrible reputation, right? And then she's going to say, No. This one's fantastic.

And here's why and now I have my best sound bite. Rich: Yeah. And it's really just a balance here. You don't want to be over the top or argumentative but you want to sort of act like you don't fully understand the significance or why something is so important. So, instead of just feeding in and nodding, every once in a while you might just look a little confused, or say, well, I don't understand what the big deal is. And they're going to tell you why it's so important. Female 1: Then when you get to the very end of the interview, you might want to wrap up with some kind of big picture questions.

This is a way that I basically get out of the narration issue, and I get my subject to kind of bring home the bacon, so to speak. So I say you know, if you had a couple pieces of advice for somebody, what would they be, or if you can give us sort of the big take away from this event, what would it be, or what's the biggest outcome this year for the company. This way you're letting your subject matter summarize the points for you. Rich: And as we're getting towards the end, we're starting to wrap everything up. I usually will ask if there's anything that they want to share.

Now the thing is, is that people are going to be surprised by that question. But, if they're able to answer it, you're going to get some fantastic things. And here's my little trick to really get a good answer. If you ask them if there's anything they want to share, and what they share is not that great. I'll usually throw out one or two more softball questions or revisit a point that I'd made earlier. And then as we're just about wrapped up, I'll say, Oh, that was really great talking to you. Do you have anything else on your mind? And by asking them a second time, all of sudden they've already processed it. They've thought about it and now they're ready to say.

Cause you are putting them on the spot and so, the first time you do, they might not be ready to answer that question. But when they are ready, those are some of the best answers. Female 1: It's true. And you know, it's kind of a rookie mistake to turn off the camera right at the end of the interview. Because almost inevitably somebody says some fantastic thing right at that moment where you're having this chitchat. So even if I am not finished my DP and I usually have an agreement. We'll say, well, that's been great, you know, this has been terrific but he or she doesn't actually turn off the camera because we know what's coming next is probably the best point of the day.

Rich: Yeah, because at that point, many subjects fully relax, like oh, it's done and then they just start talking with you and following up on some of the points you were making. And then they, some of their best things, and it's usually concise and it's natural. So, use some of these strategies as you put it all together. But I think if you think about it from the point of view of, let's have a full story, and let's move them from beginning to end. You're going to have a much better story to cut together in the edit sweep.

Video: Creating a story arc with your questions