Benefits of using the Polaroid Cube 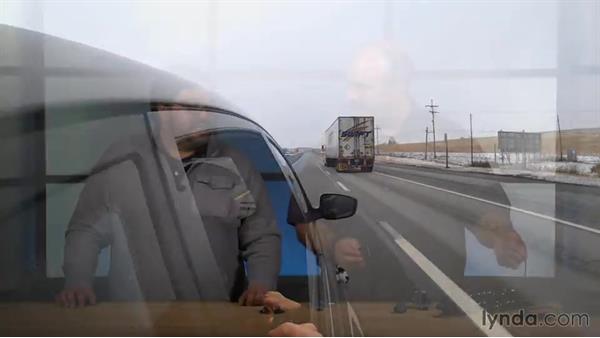 - You know Rich, just like a lot cameras, there's some things to like and some things to dislike. Let's start out with what we like about this camera. And, the first thing, well sort of the biggest benefit I see of this camera, is it's size. - [Rich] Yeah. If you compare this to a GoPro, or the Virb, or some other cameras by Sony, I mean, this is like, a fraction of the size. I think the actual specs on it say that it's about 35 or 40mm, sort of tall. It's tiny, so if you're concerned about putting a camera in a very, sort of, hidden space, you got it with this. - [Rich] Yeah.

It's very easy to hide this, they make sleeves that you can put around this. So, protective sleeves make it very simple to hide. Now, one of the other things I like about this, besides the 35mm size, very easy to operate. One button operation-- - [Voiceover] Absolutely. Now, you make see that as a pro or a con. - [Rob] And let's be clear about one thing. When we say 35mm we're not talking about a 35mm sensor in this guy (laughing)-- - No, it's 35mm tall, although, I'm sure that that was Marketing going, "You know what...". - "If we use that 35 number, somebody's "gonna buy this from us", yeah.

- Yeah, but it's nice, it's got 124 degree field of view, which is really wide angle-- - Really wide angle. Now, one of the cool, funky things about this, this little metal plate here on the bottom, guess what that is? Yeah, that's a magnet. - Yeah. - So, you can mount this in places like, I don't know, your refridgerator, if you wanted to spy on your significant other sneaking midnight snacks or something-- - [Rich] Yes, you did take the fridge. - Exactly (chuckling). - [Rich] Yeah, it's nice and small and compact, and I also like, that on the back here, everything's closed up. Now Rob, I have had cards pop out of a GoPro-- - [Rob] I've had them to, and one of the things that I also like about this is that, you know a lot of times with something like an action camera, you're passing it around-- - [Rich] Right.

- [Rob] You know you're, sort of, giving it to this person, "Hey, you put it on your bike", whatever. And, hands tend to open things and go places they're not supposed to go, and what this allows you to do, it's just a simple screw, you can use a coin or a screwdriver, this is where we're going to get access to the memory card, back there. And, it's going to be nice and secure. - [Rich] Yeah, and you also have the charging back here, and the switch on the back, I said it was 1080, it actually is 720, the key takeaway there is that it stops at HD, this is not a 4K or a 2K camera. - And you wouldn't expect something out of that size to be able to support those higher resolutions yet.

- Yeah, now on the negative side, and I guess the positive side too, like the new budget GoPro, this thing has an integrated battery, so you can't really connect or swap the batteries out if it goes dead. So, when it's dead, it's dead. Although, you could take this, and as we've discussed before with other USB batteries, you could power this off-- - [Rob] Yeah... a USB battery for a long time. - [Rob] But, it is a concern, I've had that concern about anytime a battery is built-in, like my MacBook Pro, Battery lasts for about 30 seconds now, and guess what? I always have to tethered to power.

That doesn't make it convenient. - Yeah, yeah, but this does work, pretty straightforward. It's the same limitation that you would see with the newer GoPros, for the budget GoPros. But, when that's sealed up, I like that that's rock solid. - Now, the other thing that I really like about this, is not only the size and the construction, which is pretty heavy duty, I mean I'm not gonna throw this on the ground, but you would feel okay-- - It looks like it bounces. Yeah, it looks like it bounces and it feels like it would take a lickin'. Now Rich, just like other action cameras, if you put it into a case, like this, it can be waterproof, you can mount it to a tripod, and like other action cameras, the, sort of, ecosystem of accessories is pretty good and with this camera it's actually growing.

And, when we come back in just a moment, let's talk about some of those essential accessories.