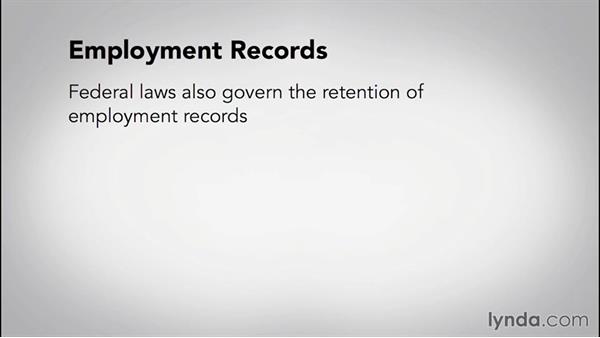 - So let's talk about the legal requirements that have implications for any document retention policy. First, there is right of the Federal Government to audit your tax returns. Similarly, each of the states has a similar right. There's also the Model Business Corporations Act, which most states have adopted in some form and has certain requirements for what documents corporations need to keep. There are other federal laws, such as employment laws that require that certain information be retained.

And finally, there may be industry specific requirements for your particular industry that require that you maintain certain information. This last topic is not something covered in this video. Let's take the Federal Audit first. We all know of the general rule to keep tax records for seven years. But why seven years? Where did that rule come from? Well, it came from the fact that the IRS has the right to audit your tax returns for a period of three years after they're filed, but this period is extended to six years if the IRS determines you have omitted some income.

Well, you may not know whether you omitted income or not until after the audit is concluded. So, the general rule is to keep tax records for seven years. That encompasses the entire six year audit period, plus an extra year to the extent that those documents become necessary. Similarly, each of the states have their own audit periods. I happen to live in the state of Oregon, and in Oregon, the Department of Revenue can audit your tax returns for a period of up to three years after they are filed.

So, the general rule of thumb in Oregon is to keep state tax records for at least four years. Given that the records regarding income are the same for state and federal taxes, then generally in the state of Oregon, we keep our records for a total of seven years. Federal law also governs the retention of employment records, including records that may have implications for such things as an age-discrimination, civil-rights, or Fair Labor Standards Act claim.

Most states similarly have employment laws that require that corporations keep certain employment records for certain periods of time. This topic is too detailed to get into in this particular video, but you should be aware of the requirements of both the federal and state law applicable to your industry in terms of what they require for retention of employment records and for how long. And I mentioned that many states have adopted some form of the Model Business Corporations Act.

This is an act that defines what documents a corporation must retain and for how long. Some of the examples of the requirements of the act are that corporations should keep articles of incorporation, bylaws, and amendments in effect. Three years of minutes of shareholder and board-of-director meetings. A record of all actions taken by shareholders and/or the board of directors without a meeting for the last three years, as well as resolutions creating classes or series of shares.

As you can see, much of this is information that you would probably keep anyway, but the law sets a bare minimum standard of the types of information that must be retained and for how long. The act goes on to require that appropriate accounting records be maintained. The names, addresses, classes, and number of shares of all shareholders. The names and addresses of all current directors and officers. Three years of written communications with shareholders.

And the most recent annual report delivered to the secretary of state. Again, all materials that you would probably retain as part of the operation of any business, but materials that you are also required to maintain by law. So, as you can see, you will want to retain documents not only to preserve the business intelligence as it were that you've generated, but also to maintain compliance with applicable law. 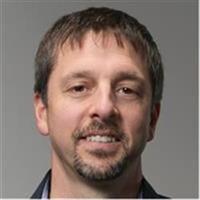 12/21/2014
Do you know which documents to keep, and how long to keep them? A solid document-retention policy can preserve knowledge, prevent liabilities, and keep you compliant with government regulations. In this course, William R. Joseph will help you get the proper documentation and data-management policies in place at your organization. He introduces the basic concepts behind document retention, including:
By the end of the course, you'll be able to build a plan that satisfies all the requirements and also protects your company's proprietary information.
Topics include: