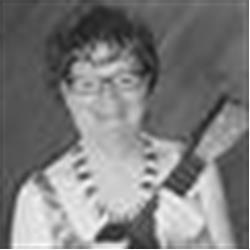 Shana has written and contributed arrangements to guitar and mandolin books for Mel Bay Publications and has cowritten a ukulele instruction series with Greg Horne, published by Alfred Music in 2013. She has composed music for documentaries and has produced, engineered, and played on numerous recordings by other artists.

Shana is a gifted music teacher with over 35 years of experience and has taught at various workshops and festivals nationwide. She has taught hundreds of students, either individually or in groups, and is always happy to teach players of any level.

Shana has written articles, poems, blogs, and letters to the editor about transgender issues, and has presented interactive workshops, services, and facilitated discussions on gender for colleges, businesses, churches, and community organizations. Shana's unique life journey greatly informs all of her activities, from teaching and performing music to writing. Shana is currently learning Hebrew and enjoying her return to being a redhead.