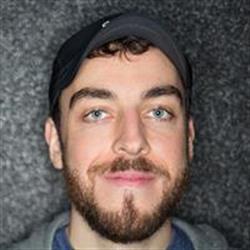 While earning his bachelor's degree from University of North Carolina at Charlotte, Sean began devoting most of his free time to producing beats, which were released independently online. To date, his instrumental catalog has received over 25 million plays online and has been licensed to thousands of clients all over the world. In 2014, this catalog expanded into Divine Tracks, an independent music licensing platform, which offers 400 original instrumentals from a team of international producers.

Sean's experience as a producer and mix engineer have influenced his most recent work as a sound designer. He has produced two signature sound banks ("Reverence" and "Low End Theory") with Applied Acoustics Systems for their Ultra Analog VA-2 synthesizer. You can also hear Sean's sound design work in the factory libraries for software instruments including Chromaphone 2, Strum GS-2, String Studio VS-2, Ultra Analog Session, as well as custom sounds included in major DAW releases.