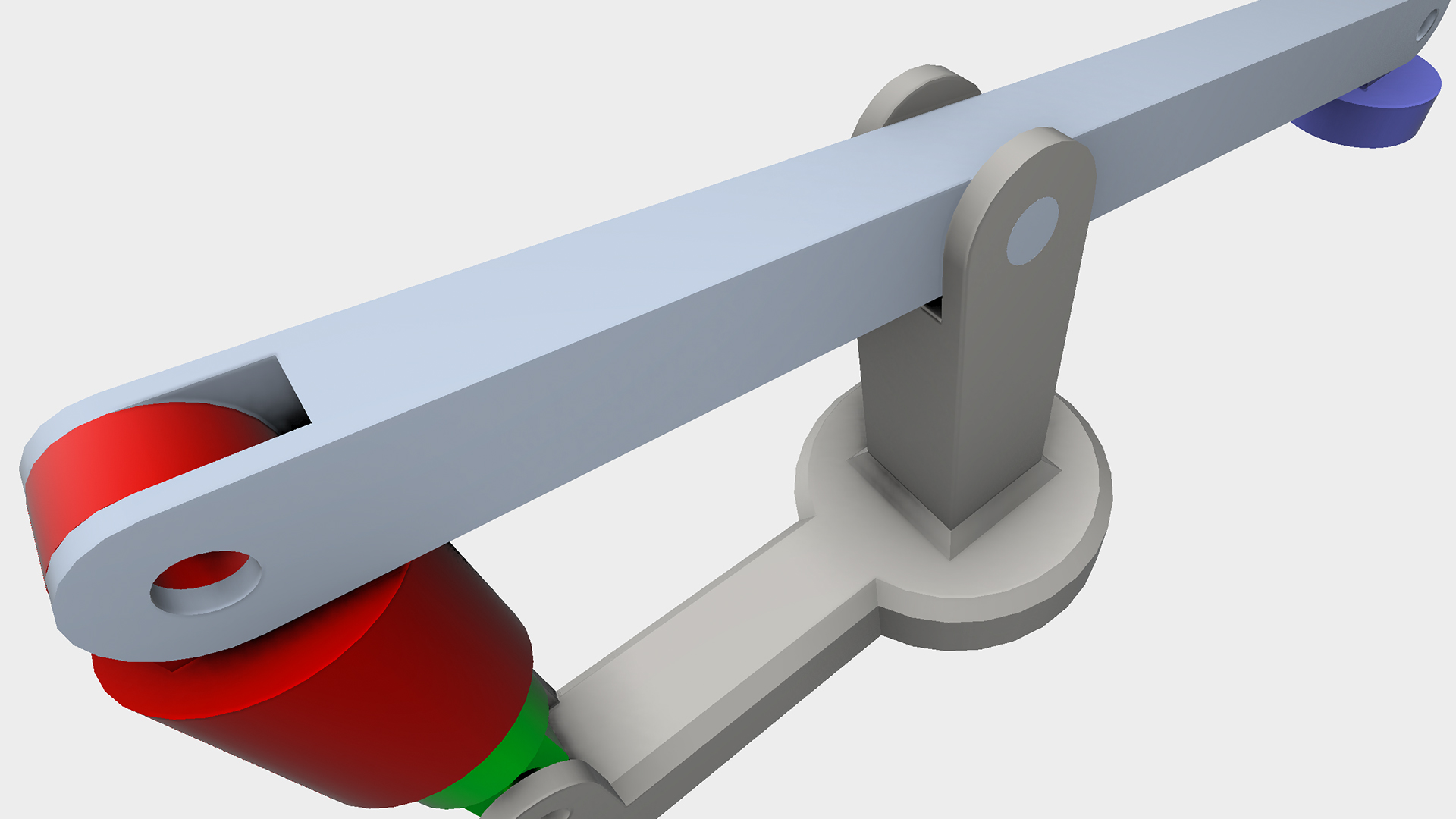 - [Instructor] Almost all the parts we're going to be making in the exam are going to be either an extrude or evolve to get started with. So, I'mma get started from the sketch we created in 2.1, and let's go ahead and create a boss extrude for that. So, go to features, go to boss extrude, and I'm going to choose, obviously, the sketch here, which is sketch one. And we're going to make this thing equal to C, if you remember that from before, and I actually have a variable already pre-set up for that, so I'm going to say that's equal to global variable. So, I'm going to choose C, and go ahead and just choose that.

All right, there it is. So, there's my basic extrude, which we've already gone over a few times, but we want to make sure that we're very comfortable with the extrude command. Now, extrude cut has a few more options over here. So, one is, I'm going to take a sketch here, and I'm just going to make a circle randomly out here. And this is going to be very similar to the part we were going to make. You could define it, but right now, I just want to show you the feature itself, so extrude cut. Now, if we're doing extrude cut, and let's say it's going to be blind, let's say it's going to be 20 millimeters.

You end up with something like this, and it just cuts away a portion of that. And the other option here is I can say, instead of starting from the plane I drew this on, I can offset that, or I can change the start from a vertex. So, choose offset, and then type the value in, and that just moves that value either right or left, where I want to start from. So, say, 10 millimeters, and click okay. It does the exact same thing, it just offsets it a little bit from where you're starting or where you're sketching that from. So again, that's a really quick way to create a feature even though you don't have a plane right there.

So, we drew on this plane here, and then offset it up to this distance here. So again, a really handy feature. Same thing with an extrude cut over here. So, I'll click on a sketch, start a sketch. I'll make a hole, for instance. And then I'll say features, extrude cut. Couple options I want to make sure we're familiar with is, obviously blind is very common, but we also have all these other options here. Very common to see on the exam is going to be up to surface, or offset from surface. So, offset from surface will give the option of choosing a surface itself, and then telling us how far away from that surface you'd like to make that cut.

Click OK, and that's going to put that 20 millimeters away from that back surface. So, if the part is modified in the future, then it's always going to be 20 millimeters from that back surface, no matter how long the part is. So, it's a great feature to use. Make sure you're familiar with all those different N conditions in both extrude and extruded cut.

2/20/2018
Become a Certified SOLIDWORKS Professional (CSWP). This course prepares you to take the latest version of the CSWP exam (introduced at SOLIDWORKS World 2018), and master the techniques necessary to design and analyze parametric parts and moveable assemblies using a variety of complex features in SOLIDWORKS. Instructor Gabriel Corbett provides an overview of the CSWP requirements, and reviews the 30+ skills you will be tested on during the exam. These include equations and linked variables, convert and offset entities, the Shell tool, the Hole Wizard, materials, configurations, design tables, and assembly techniques. He also breaks down the three segments of the exam (part modeling, configurations, and assemblies), providing strategies that will help you pass each section within the required time limit.
Topics include: