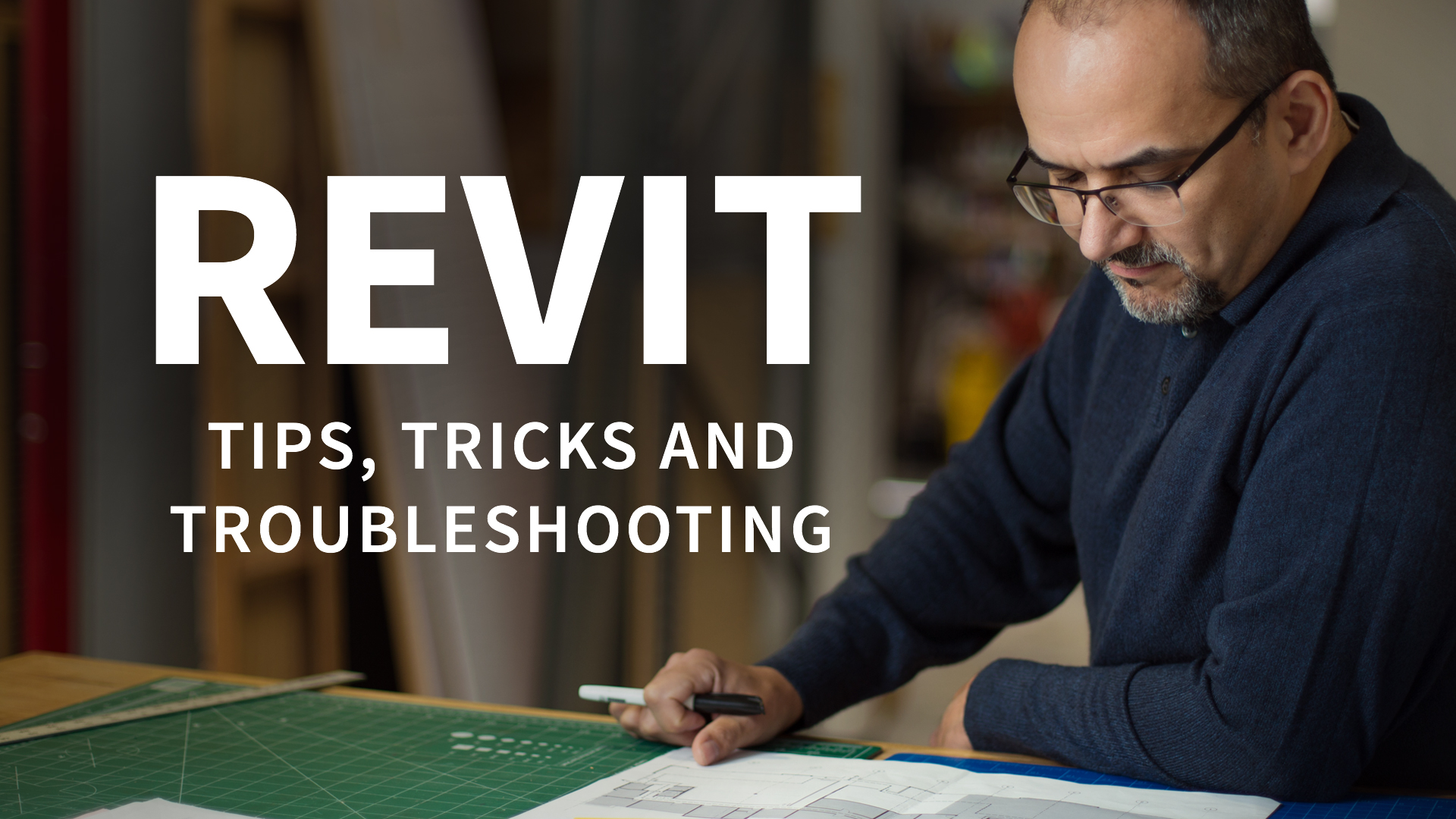 Join Paul F. Aubin for an in-depth discussion in this video The new fill pattern dialog, part of Revit: Tips, Tricks, and Troubleshooting.

- [Narrator] Revit is undergoing many small, incremental changes, on a frequent basis and with the most recent release 2018.2 to be exact, there was some changes made to the pattern, fill dialogue. So I'd like to go over those changes with you and one or two of the features that are now available are actually quite useful. So, I've got a simple file open on screen, it doesn't really matter what file you have open and if we go to the manage tab, we can get to fill patterns from the additional settings drop down menu.

It's right at the top of the list. Now, the first thing you'll notice about the fill patterns dialogue is it is fully re sizable. So if I kind of move this out of the way and then just sort of drag this out, you can make the dialogue as large as you like it to be. So, this allows for larger previews and for longer names and so on. Some other notable changes to the dialogue are that the pattern type is now at the top of the screen. So you've always been able to choose between drafting and model pattern, now those radio buttons are up here at the top, where previously they used to be down at the bottom.

Down at the bottom, the buttons have been replaced with icons, this is consistent with other areas in the software, so you're seeing this in the family editor and in the schedule dialogue box. So they're moving to these small little icons here and if you have a hard time reading the icons or the emoji's here then you can just hover over them to get a tool tip to tell you what those icons are then after a while you'll remember what each of the icons represents. Another nice enhancement is right here, there's a search field now.

So you can see that I've got several fill patterns that start with the word diagonal so if I begin typing the word diagonal, it will filter the list to only contain those fill patterns that contain, you know, the letters that I'm typing in. That can be really helpful when you have a really long list of fill patterns 'cause you can just focus on the ones your interested in and then you click the small, little X there to cancel that search. Now I'm going to switch over to model pattern here and you can see that in this particular file if I scroll down a little bit, I actually have several glazing patterns and this was a testing file that I was working on when I was experimenting with the idea of creating a fill pattern to use to represent glass and I created several variations of that.

Now previously, if you wanted to delete a pattern you'd have to select them one at a time and delete them but now, it's actually possible to use your control and shift keys to select multiples. So let's say that I really didn't need any of these one through six, I can select all of them and the edit button it grayed out when you do this, you can't edit them simultaneously, which hopefully makes sense, but you could delete them if you no longer wanted those fill patterns. So I could just click on there and it will ask you if it's okay and it then will remove all of those fill patterns.

Existing fill patterns, if you select them one at a time, can be edited, if it's a simple pattern like Ceiling 24x24 when we edit it, it'll say basic right here 24x24 then of course you can edit the lines facing or the angle whether it's parallel lines or crosshatch. We've always been able to do that. One of the things that's new is that if you select a fill pattern that uses a custom PAT file, like this Glazing 7, and I go to edit fill pattern, of course, that will be listed at custom.

You can change the name, you've always been able to do that. But we can browse to a new PAT file, if we wanted to but here's the new feature, previously, the only way you could adjust the scale of a fill pattern would be to delete the old one and create it again because when you imported it was the only time you were given the opportunity to change the scale. But now, I can change the scale anytime I want, which I think is a really nice feature. I could try a different value and that will adjust the fill pattern right there on the fly.

So you're not going to see none in the fill pattern's dialogue because there you're editing the patterns but when you're assigning the pattern to something then none will be at the top of the list and as I said under drafting then solid fill will be the next value down. Those are just some advancements that you'll find when accessing the fill pattern dialogue either directly from the additional settings drop down on the manage tap or through the material editor or other places in the software where you can access the fill patterns.

9/24/2015
In this series, there's a little something for every Revit designer—beginners and seasoned users alike. Each video focuses on a specific tip, trick, or troubleshooting technique within Revit. Do you import CAD files and want to achieve consistency? Want to get more from your dimensions? Need to check all of the views in a project and see if the settings are correct? Want to consistently configure crop boxes across the entire project? What about getting all the parameters in your family content in just the right order? These are just some of the topics in store. With a new video every week, you are sure to find something useful to add to your growing arsenal of Revit tools and techniques.

Notes: The exercise files included with this course can be opened in the latest version of Revit. If you are using an older version, some files may be incompatible. Because this is an ongoing series, viewers will not receive a certificate of completion.