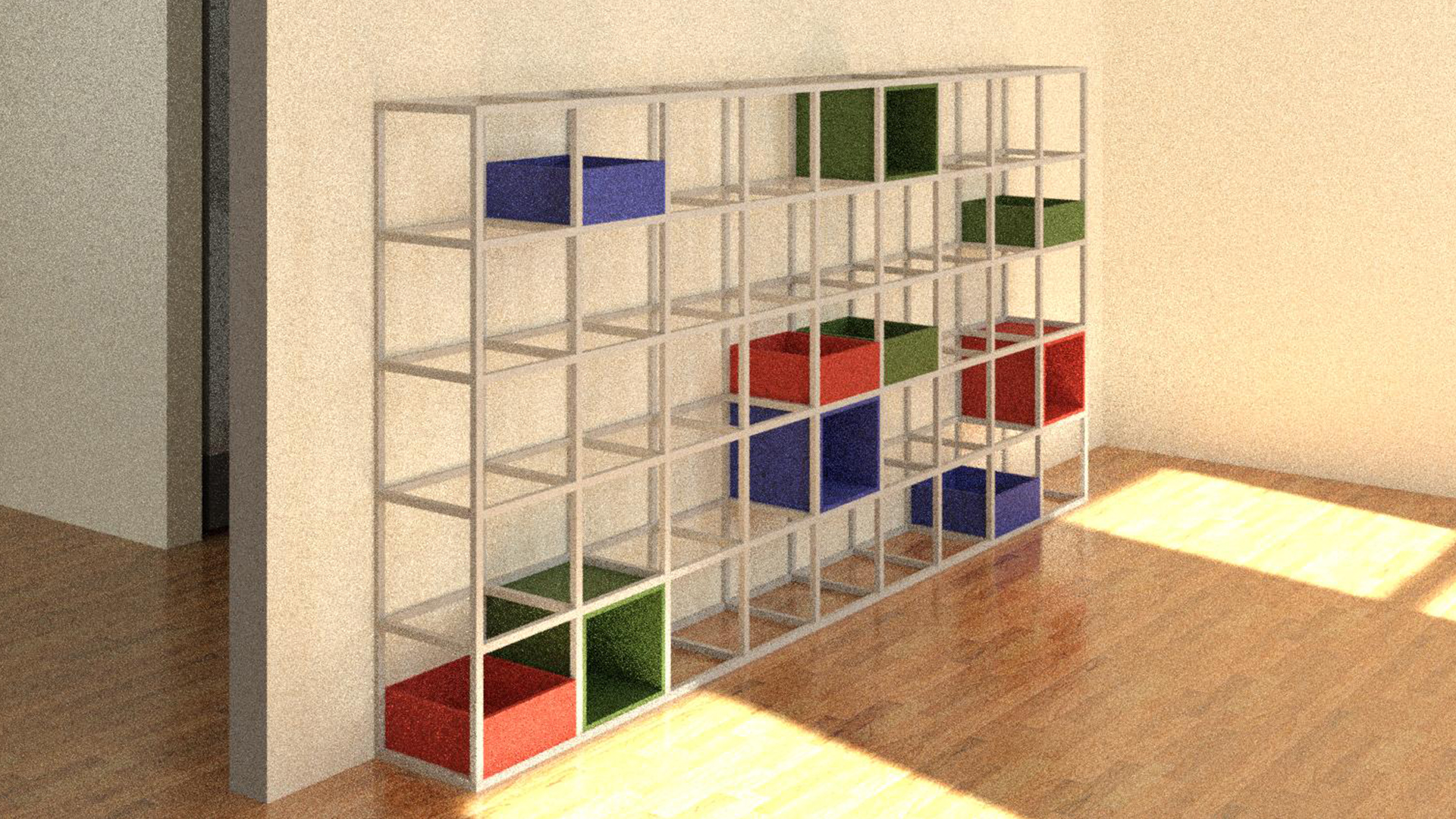 In this video, Chante Bright shows you how to create the large bin used to place into the divider bookshelf. She uses tools learned in the previous chapter.

So some of the same basics still apply. So we're still going to have a bottom, we'll have a top, two sides and a back. And the same concepts still apply. So, we're still going to use pretty much extrusions for this one because it's pretty easy to do. So let's get started, and it shouldn't take us very long. So we're going to go to Extrusion, and this time the dimensions that we are going to use are 11 and a quarter wide by one foot and three quarters inch long. So you can cheat and do the rectangle, or you can do it one line at a time.

I now have this space in. This one is now going to actually have the thickness of one half of an inch, just in case you decide to maybe have these made out of wood, or we could have them made out of fabric, either one, or it could be fabric covered wood. So once again remember my extrusions start is going to be zero, my extrusion end is going to be the half of an inch, so let's go ahead and put that in. And I know you said well why are you always putting in decimals? And that's just simply because it's just faster for me. It's two buttons versus three.

Although my extrusion start is at a half of an inch because it all depends on where the reference plane is, the zero reference plane, my extrusion end is technically going to be nine and a half plus the half. So hopefully that makes sense to you because remember you got to include that half inch in because of where the zero is starting from. So nine and a half inches plus the half, so of course, 10 inches. And now, this one's in and we're going to hit the check mark.

And now I have this piece in. From here, it actually is on the wrong side of the cubical because we want it to be that one foot and three quarters, so I'm going to actually do a move and I'm going to pull it down so that it's on top of the other one. And remember, because it's an extrusion, it has arrows, which have the controls on there, so you can actually move those however you want. And I'm just going to pull those in, just keep it nice and simple, pull this one in this way, pull this one in this way, there it is.

So now, I've already pretty much got every side except for my top side done, so let's just take a look at the cube here, and there it is, except it's floating. So, very interesting. We told it to sit on the top of the reference plane, but it's not really doing it, right? It's not sitting on top of the bottom rectangle here. That's okay, just a minor adjustment we need to do. So we're just going to grab all three of these sides, obviously not this one, they all have the same dimensions in common, so and it actually took half inch from the reference plane, I don't know why it did that.

But, no big deal, we'll fix it. So, actually, and I just realized what it is, it's extrusion start and extrusion end here. That's okay, we'll make it work. So actually, extrusion start, we're going to actually set that back down to zero and we're going to put the extrusion end back to nine and a half inches. And let's see if it gets it down on there. There we go, yeah, it happens. You have the wrong thing in there, but you fix it. Very last thing we need to do, I'm going to go to the front view one more time.

We got to put a top on this thing. Why draw something again when you already have it down here? So I'm just going to click on this one down on the bottom, I'm going to copy, click on the copy tool. Don't forget to uncheck Constrain, and actually, I want to make sure that I grabbed it from the bottom and not the top, so make sure I say copy again. Make sure I have it from the bottom. Uncheck Constrain, and you can also uncheck Multiple because you're only doing one of these this time. And I'm going to take it and put it right on top. There it is, cube is done, just that fast.

One little thing we want to do, I'm going to come down here. I went to my 3D view, and I'm going to go to my visual style and I'm going to change this to hidden line. There's a reason I'm doing this. I'm now going to go and I'm going to use my join tool. Don't forget that, that's the last step. And I'm going to click, and hit each piece together. And you'll notice that it's even showing you the compound item, don't forget this back one. So, here's how you rotate it just in case you didn't know. You're going to hold down the middle scroll wheel, and the shift key, and now you can just rotate to the back.

And now we're looking at the back of the cube. And you can tell that it is still not joined because you have an extra line there. So once again, grab that piece, grab the overall piece, and now your cube is one whole thing. And now I'm just going to rotate it back again so you see it. And that's that large bin, just that fast. See, you got it. 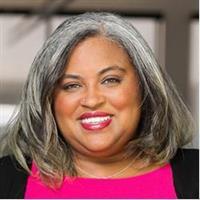 2/27/2019
Want to include a piece of custom furniture in your Revit project? In this course, instructor Chante' Bright goes over tools and techniques for creating custom furniture pieces, all while exploring some of the more popular styles and pieces in the interior design field. Chante' demonstrates how to create a complex furniture unit in Revit, as well as how to build small detail items such as ornamental pieces. Plus, get tips for making custom materials, creating custom entourage pieces to finish up any interior space you may have for your project, and more.
Topics include: