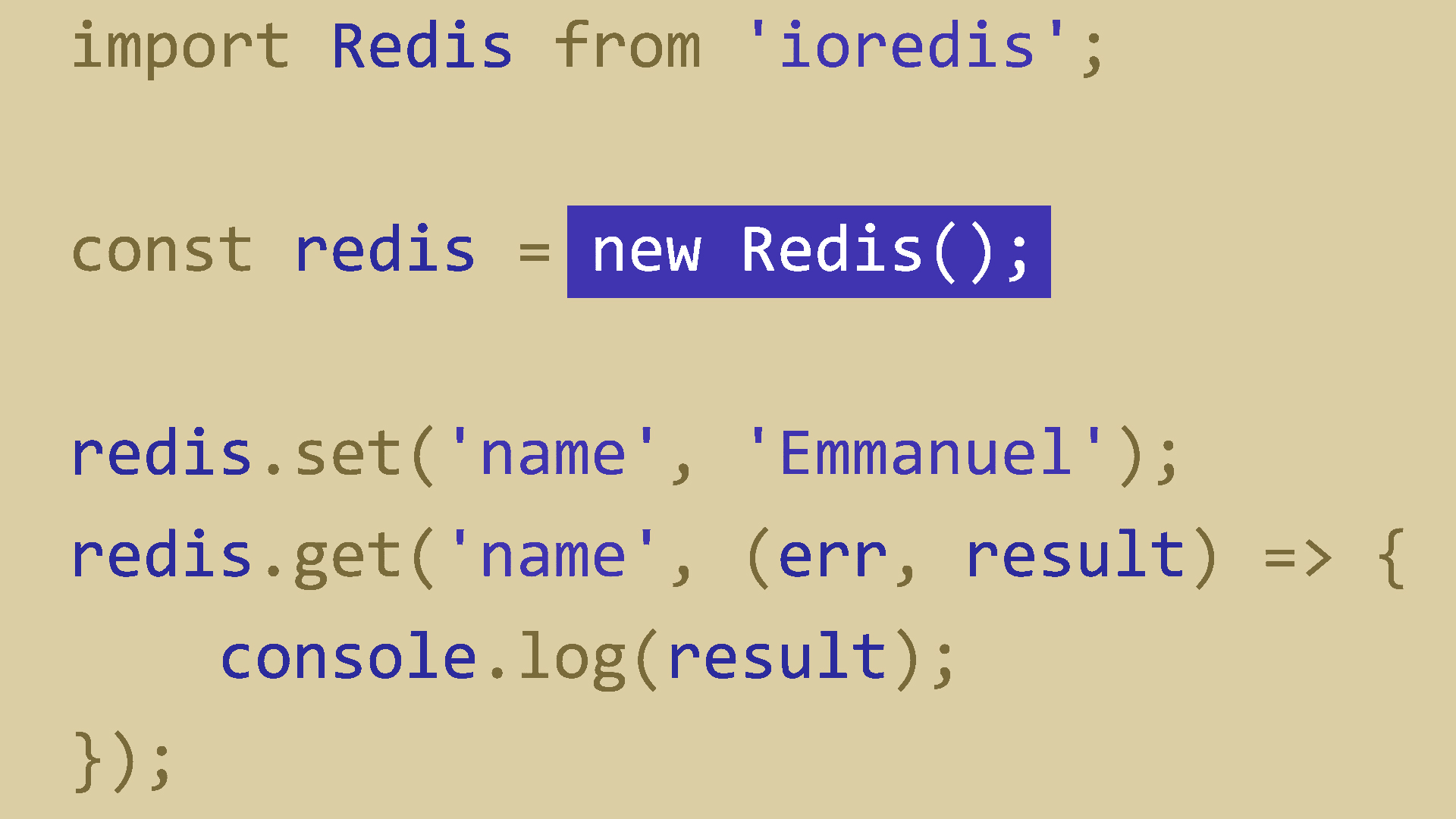 In this video, Emmanuel Henri goes over the installation of the Redis server and the cli client. Then he validates that the server is properly installed by starting it and testing a few commands.

- Before we start looking at potential clients and the one we'll use in this course, let's go ahead and install redis. First on our system, there is a version of redis ported for Windows and you can get it by going to this page here so it's "github.com/microsoftarchive/redis" Then when you get to that page, you can scroll all the way down to the installation instructions. Please take note that redis was made for UNIX based systems.

So it works well with Linux, it works well with Mac. It's not made for Windows. So for those that want to try it with Windows, it's going to work with that port but be aware that there's going to be some issues. Sometimes, it may be unsupported at this point. It's not the supported version by redis themselves. Just a note. Or you can actually do it on Windows as well. The commands that we're going to do whether it's on Mac, Linux, and Windows are the same when we're using the "cli" client. So if you're using Windows, and using terminal you can enter the same command that we're going to do.

No problem there. Okay, so let's go ahead and install it on our system. So go to redis.io then go into the download section here so check the downloads page then scroll all the way down to the installation section here. So if you have the Apple developer tools installed, you can do the wget no problem. If you don't, and we'll just assume that you don't. We'll do a curl instead. So copy this line here.

Or copy the whole line if you have the Apple developer tools. Get into your terminal. And do "curl-O" then paste that address. So for our Windows folks, make sure you do not use git bash and use regular command prompt that comes with Windows if you want to get the same results. I am here. And it will download the files that we need. Then we need to extract those files so do a tar and xzf, which is a special command.

And you want to do the redis file we just downloaded, so it's "redis-4.0.2" ".tar.gz" like so, and then get inside of that Which is directories so let's make sure it's there so we got this directory here so we could copy this-let's call it directory, if you want. And do- a quick note also for when you're taking this course. The version of this redis might be a little bit different.

If you don't see this, it means that you don't have the developer tools installed. It's going to ask you to install them. Install them and then do the "make" command again. If you don't, up until you see those things happening, it means that it hasn't been installed yet. Okay? So the next thing we need to do, is actually start our redis server. So the best way to do this, is to do "src/redis-server" like so. And this is going to start our server.

So if you see this, our redis server is actually installed. For Windows folks, when you first install redis on Windows, it starts service automatically, and uses the default port 6379. So when you try to run the server again, it's trying to use a port already in use. So the solution is to type "shut down" in your newly started client, and then run the server again. But for more details on this issue, visit the stack overflow link indicated on your screen. Now let's start the client.

So we could literally insert a new key and I'm going to show you how all that works, very, very soon so set name "manny", so I'm actually entering a new key. And then what I could do is I get the key like so, and you'll see when you're using redis cli. You'll see that they will always suggest what you could do next, like so. "Get name" and there you go. I have an official cli client installed and the redis server installed. So now that we've got a redis server installed and running, and we could literally continue the course without installing any other tools, but I want to take a look at a few options available before we move on.

1/4/2018
Redis—an in-memory data structure store—differs from relational databases like MySQL, and NoSQL databases like MongoDB. In this course, learn what Redis is and how it works as you discover how to build a client implementation using an ioredis client and a Node.js server. Emmanuel Henri explains how to install and set up Redis, and covers basic Redis tools and concepts, including persistence and replication. Plus, he reviews the different data types available, and demonstrates what you can do with strings, hashes, and lists. To wrap up, he goes over security options and best practices for securing a Redis instance.
Topics include: