What is React and what is it good for? 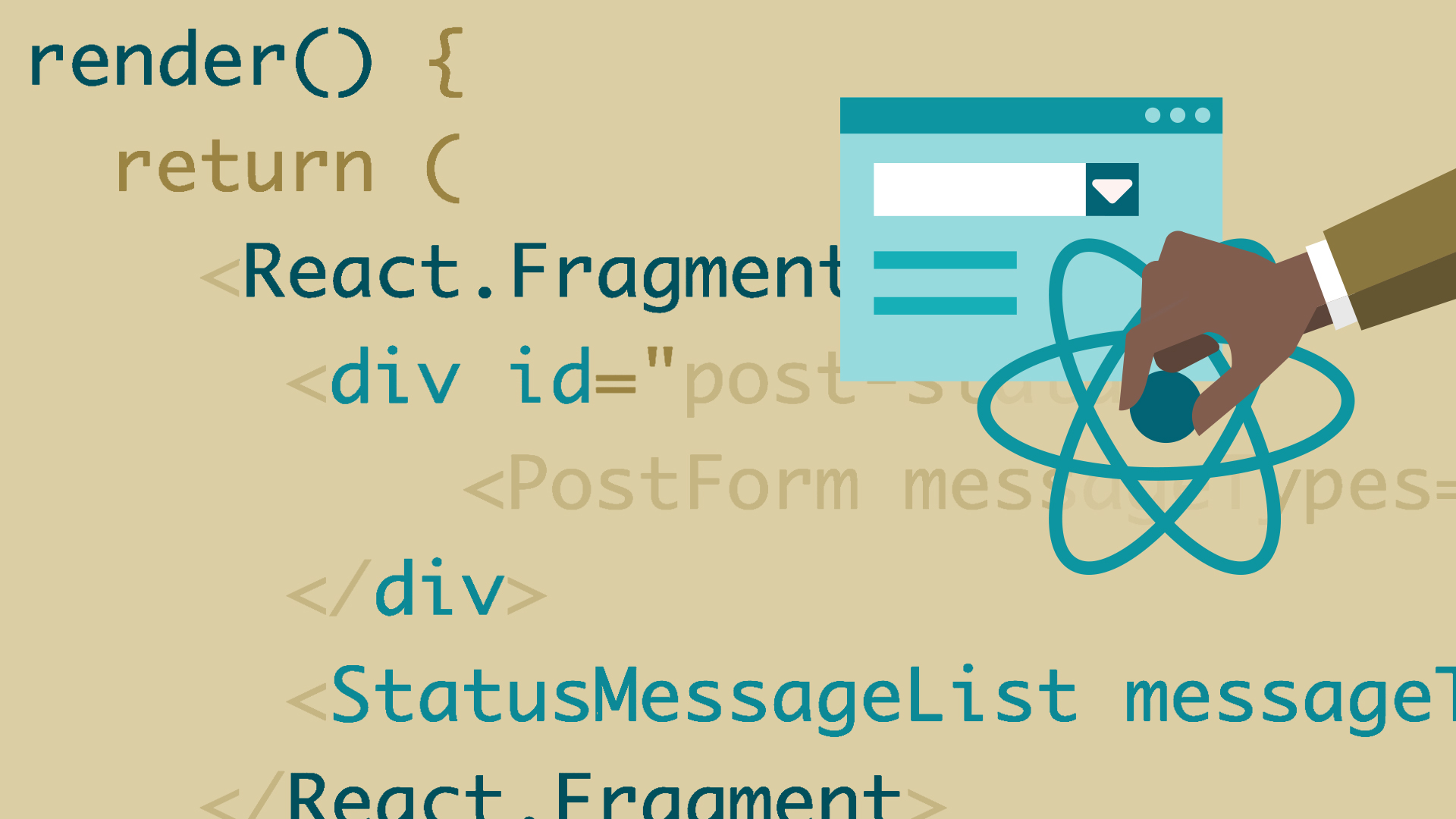 - [Instructor] Over the next several videos, we're going to talk about some of the conceptual aspects of working with React, as well as the practical. So let's start with some basic questions and answers. First, what is React? React is a JavaScript library for creating user interfaces. It's used by a lot of companies and people, hugely popular right now. This includes, of course, Facebook and Instagram. Facebook leads the effort to make React. You'll also see React in use on almost every WordPress site, which is probably going to be even more popular going forward with some of the efforts in that community.

You'll also see it in many other companies like AirBNB, even Twitter, and the New York Times. So where does React work? This course is for web designers, so we'll be concentrating mainly on the browser, which is powered by a specific renderer in React called ReactDOM. But you can also render React components on the server, which are then served to the browser using ReactDomServer. And you may have heard that you can use React to create native apps, using React Native.

These all involve different kinds of components, and different kinds of renderers. There are lots of different ones supporting all different kinds of environments. You could see a list of some of the many, many places that React can be rendered at this link on GitHub. It's pretty fascinating. So the next question might be, how would I work with React? Well, you can build an entire site or app using React, soup to nuts. You can do the whole thing. But you don't have to. You can also build just one piece of an existing site, or integrate React into an existing code base.

That's what we're going to be doing in this course. What is React good for? What kinds of things can you do with it? It's really good for making repeatable, reusable, user interface elements. You'll see it all the time for interactive form components and different things that will change on a page. It's really good for any kind of data display that changes over time based on user input, changes based on messages coming from a server, from different kinds of APIs, anything that changes over time. It's also really good for making apps and websites built entirely with JavaScript.

If you're really into JavaScript, then using React will get you into almost any kind of environment where you might want to deploy something. A site could be authored entirely with JavaScript and React, rendered on the server and served as .html with JavaScript taking over afterwards. That's a pretty popular pattern. You can also use static site generators like Gatsby, which is what powers the documentation for React itself. It's built in React, but then it's served as static .html. One thing that's worth mentioning about React is that web components are a different technology.

React is component based. We're building up a series of components and putting them together on our pages. But web components is a different set of technologies, which are standardized. You could check out Learning Web Components, and other courses, in the library to learn more about this. So that's a quick overview of what React is and what it's good for.

4/20/2018
You don't have to start from scratch with React. This super popular JavaScript framework can make your existing websites and apps even better, with very little overhead. Learn practical ways to incorporate React in real-world web designs, in this course with Joe Chellman. Joe introduces three small projects that benefit from React: a product manager that showcases React state, props, and events; an employee directory using React forms and animation; and a status board that uses React to make external API calls. Each project demonstrates what makes React most interesting and useful to web designers and provides solutions for dealing with the few unique challenges, such as working without a build tool.
Topics include:

Video: What is React and what is it good for?