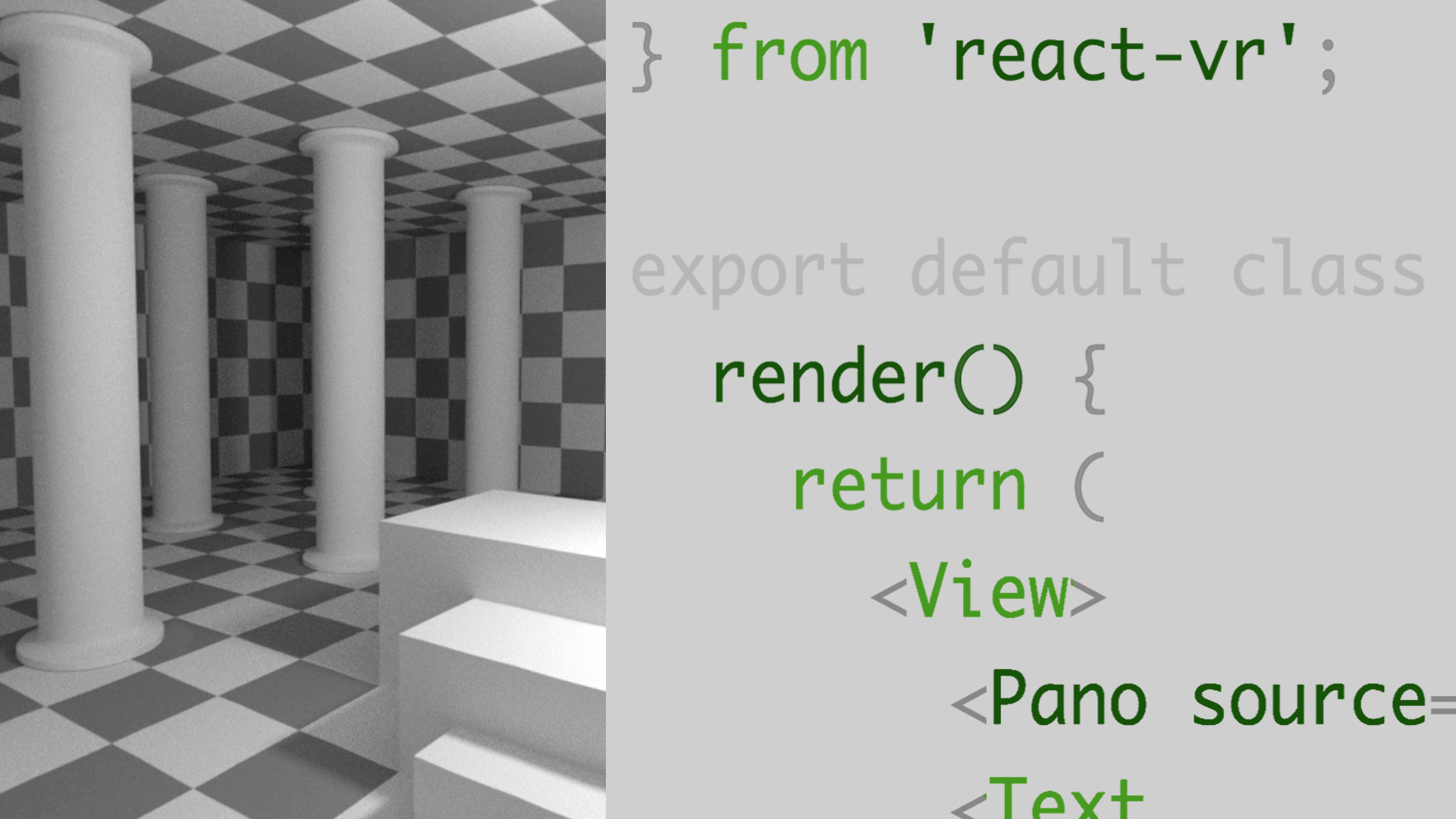 10/9/2017
Developers who want to create virtual reality worlds have a new option: React VR. Facebook has extended its innovative JavaScript library, React, to immersive 3D. This new framework lets you deliver powerful VR experiences over the web, for a variety of devices, using declarative components. Join Emmanuel Henri in this course for an introduction to React VR. Learn how to work with the 3D coordinate system and transform commands; add and position primitives, static images, and models; integrate sound; and add interactivity such as clickable buttons. Emmanuel also provides some inspiration for taking the 360-degree panorama you build in the course to the next level, using your new React VR skills.
Topics include:

- [Instructor] Have you been anxious to explore the exciting world of VR? Or have you seen the explosion of headsets available along with tools to produce content? Or are you just getting started on your VR journey and would like to learn how to create a VR project quickly? Do you have React knowledge? Well if you answered yes to any of the above questions, you've come to the right course. In the course, I'll introduce you to React VR, a library built by a team at Facebook to get you started creating VR content leveraging known React concepts.

Hi, I'm Manny Henri and I've been working with React since its release and it is my great pleasure to help you learn about this exciting VR library and apply its concepts. First, we'll go through the installation of the tools we'll need to get started with React VR. Next, we'll cover some of the basics around testing a project in your browser and using a headset like the Samsung Gear. Then, we'll go over the core 3D concepts such as coordinates and how the structure of React is applied to a VR world.

And finally, we'll bring all these ideas together as we build our own VR project, leveraging static images, 3D models and sound, among other things. So if you're ready to build your first React VR environment, fire up your favorite editor and let's get started.