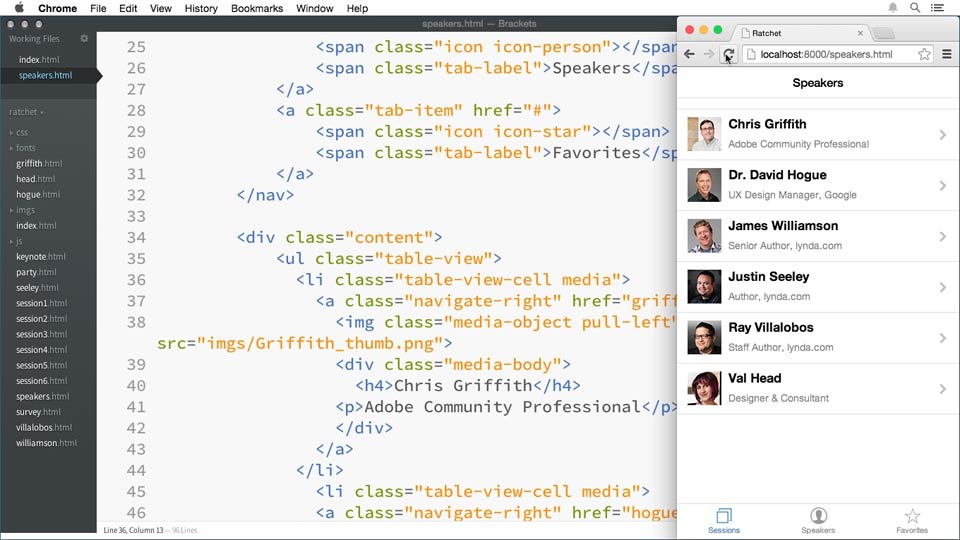 10/27/2014
Ratchet is a fantastic framework for prototyping mobile apps. Ratchet prototypes look and act just like native iOS and Android apps, but they're programmed with languages familiar to almost all web designers and developers: HTML, CSS, and JavaScript. Join Chris Griffith in this course, as he shows how to configure your development environment to work with Ratchet, and build your first app prototype, from creating the initial screen and adding transitions between pages, with Push.js, to using Ratchet's iOS and Android built-in themes, which make your app immediately look at home on either platform.
Topics include:

- [Voiceover] Hi, I'm Chris Griffith and welcome to Multidevice Prototyping with Ratchet. In this course, we'll be looking at how you can use the Ratchet component framework to quickly create prototypes of your mobile applications. Ratchet is a framework for building mobile web apps in HTML, CSS and Javascript. We'll walk through it's mobile friendly component library to create native looking prototypes quickly. We will show you how to use Ratchet's themeing abilities to let you build your apps so they look native on either iOS or Android.

Now, there's a lot to learn, but that's why you're here so let's get started with Multidevice Prototyping with Ratchet.