Plot the speed in a box plot using matplotlib. Learn how to display plots inside a Jupyter notebook and how to configure matplotlib to get better looking graphs.

- [Instructor] We can take a quick look at the speed by using the describe method. So, speed1m.describe. This shows some statistics on the speed, but charts are often a better choice. Pandas uses MatPlotLib, which is a plotting library for Python. Let's seen an example. First, we need to tell MatPlotLib to display the charts in our notebook. This is done by writing %matplotlib inline.

Now we can do speed1m.plot. This shows a nice, basic plot. Notice that Pandas knows that the x-axis is time-based. It displays it nicely. If you work directly with MatPlotLib, you'll have to work harder to get such nice results. However, even here, we can make things look a little bit better. Most of the time when I explore data, I plot basic charts. When it's time to present, I invest some effort to make them visually nicer.

It helps with the ability but also makes a better impression. There's no end to how much you can fiddle with your charts. Here are some basic things you can do to improve the visual look of your data. We're going to import matplotlib.pyplot as plt. That's the first imple. And then we can use, we'll do plt.rcParams, and then we say that the figure.figsize, let's say 10 over six.

This will make our charts bigger. Next, we'll say plt.style.use, and then we'll pick a style. I like the seaborn-widegrid style. There are several styles available, and you can pick one that you like most or even design your own. Let's plot again. So, speed1m.plot. Now we get some grid lines and a bigger chart which, in my opinion, is better.

Line charts are one way to display the data. In here you can see the chart nicely visualizes the speed going up and down which is probably related to the hills on my track. Let's do a box plot, which is a quick way to view the range of values. Speed1m.plot.box. You see that my average speed is about 8.5 kilometers per hour with a low at about five and a top of 11 which is probably an outlier. I think that by now we can appreciate how easy to work with data in Panda is.

From reading to calculating to visualization, everything is included. 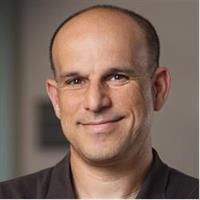