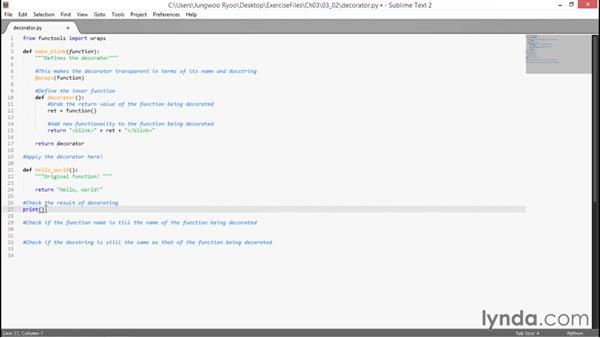 Now whatever we did will be returned by this statement, return decorator. Before we apply our decorator, let's try our plain function Hello, world! without the decorator and see what happens. So this function simply prints a string, Hello, world!, without the decorator. So we'll have our print statement here just to print the plain method, hello_world method. So just type print (hello_world()) and see what happens.