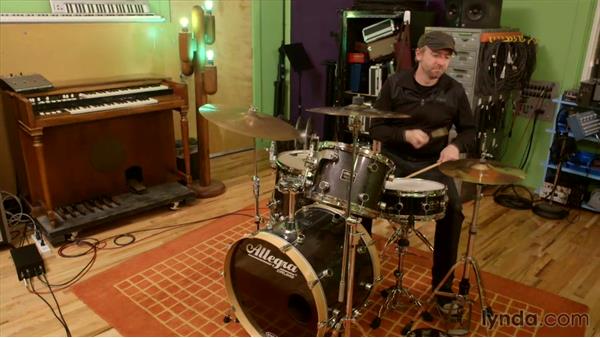 Glimpse behind the studio curtain to see music recording secrets with the producer/engineer who's worked with She & Him, The Decemberists, Elliott Smith, and Sleater-Kinney.

- My name is Larry Crane. I'm the editor of Tape Op magazine, and also the founder. And I own and run, Jackpot recording studio, in Portland, Oregon. A lot of the techniques I'm gonna show you, are really, fairly simple, but sometimes counter-intuitive. And I want to open up those doors, that let you think and see the process in a different way. Recording the music, and getting great sounds at the beginning, is important. And that's the part where we capture what's happening. (melodic piano music) If you get great recordings from the beginning of a project, then the mixing process will be so much easier, and so much more rewarding.

(rimshot) I don't see these as, like, secrets in the recording studio, really. It's almost kind of a little play on words for me. Because, what I'm doing is techniques I've learned from other engineers. And when I've interviewed them they've told me about stuff. I watched other people work in the studio, and I've worked with great producers and engineers in the studio. So, for me, this stuff is like, just a whole bunch of little techniques, that when combined, can really help you. (lively drum solo) By taking all the parts of this recording course, and combining them, I'm gonna give you a solid understanding of some of the things that really work great in the recording studio.

And then you can take that and add to it, and really make it your own style. So join me in this course, as we explore some of my favorite recording techniques.