Background and history of Pro Tools

Learn the basic functions of Pro Tools and get a quick overview of the history of Digidesign/Avid.

- [Instructor] If you're new to Pro Tools, you may not be familiar with the many ways the software is used by professionals. You may also be curious to know how Pro Tools evolved from the world's first tapeless recording studio into the powerhouse that it is today. We'll go over some history to give you a solid understanding of the software and help you communicate with other Pro Tools users who may have different background experience. So let's get started with a high level overview of Pro Tools' functionality, uses, and historic evolution. At its core, Pro Tools is a multi track software-based digital recording and editing system, what is commonly called a digital audio workstation, or DAW.

As such, Pro Tools combines hard-disk audio recording, graphical audio editing, MIDI sequencing, digital signal processing, and mixing into an integrated system. Pro Tools also allows you to incorporate video files into your session for visual reference while working with related audio assets. Pro Tools is commonly used for music production, sound design, and general recording purposes. Audio is stored in digital format and can be edited and repurposed like other computer-based files.

MIDI data can be recorded from a MIDI device, such as a keyboard or other controller, or programmed into Pro Tools. Unlike audio, MIDI data contains no sound. Instead, it stores performance information. What notes to play, when to play them, and how long to hold each one. Like audio, MIDI data can be edited in Pro Tools and repurposed in many ways. MIDI data can also be displayed as notation in Pro Tools and printed as a score. This is a natural extension of MIDI information since MIDI notes store much of the same performance information that's needed for display as sheet music.

Signal routing, effects processing, level balancing, panning changes and more are all possible in Pro Tools. All of your mixing operations can be automated and stored in a session. This allows an entire dynamic mix to be recalled and repurposed. Pro Tools is also commonly used for audio related post-production work for video. By incorporating QuickTime movies or Avid Video files, Pro Tools editors can reference the on-screen action while sweetening the audio with sound effects, music, Foley, and dialog.

But long before Pro Tools had all of these capabilities, it was a simple four-track audio recording system built for Mac-based computers. The first-generation Pro Tools system was released by a company called Digidesign in 1991. Pro Tools went on to change the music and recording industries as we know them. Along the way, several notable advances and industry changes occurred. In 1992, Session 8 was released as the first Windows-based Pro Tools system. Two years later, Digidesign introduced Pro Tools TDM, enabling real-time effects to run as plug-ins inside the software.

The following year, Digidesign merged with Avid Technology, its biggest customer. Avid had made its name developing digital video editing software and hardware, including the Avid media composer platform. In 1997, Pro Tools 24 was released, introducing 24-bit audio capabilities into Pro Tools. And in 1998, operating as a division of Avid, Digidesign introduced the first in a series of control surfaces for Pro Tools, providing hands-on tactile control over the software.

The following year in 1999, Pro Tools LE was introduced as a host-based Pro Tools environment. And in 2002, Pro Tools HD hardware was unveiled as the successor to Pro Tools TDM. Pro Tools HD was a DSP accelerated system supporting higher sample rates and larger mixer configurations than previously possible. Over the next 15 years, Pro Tools' capabilities continued to advance and evolve and its popularity grew rapidly. Pro Tools systems have become commonplace in professional studio environments, large-scale motion picture productions and home studios.

Today, Pro Tools is one of the most widely used and recognized DAWs in existence by hobbyists and professionals alike. 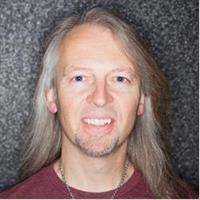