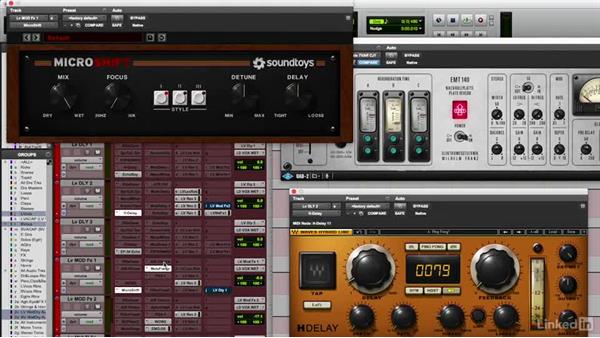 Applying processing to the effects returns

- [Voiceover] I want to talk one last time about effecting effects. It's one of my favorite tools in the mixing platforms. I've always sort of set it up this way to where I could send one effect into a variety of different other places. For these demonstrations I've chosen Allen Stone's Freedom. Let's get a little picture of the music. ♫ I'm looking for freedom ♫ I've gotta get free ♫ You give me that ♫ - [Voiceover] This is the reverb you hear on his voice, and this is the delay.

That's a really great tool to use. Some reverb devices have a compressor built in to them but most don't which is why I like to cover my bases and make sure that I'm all set up to do that easily. Carrying that thought a little further, what if I wanted to send the delay version of the voice to a flanger? Here's the return of the delay, the H-delay. Here are other delays I could've put on it. Here are my sends to different devices, all the reverbs and a couple of the modulation devices.

You can see how quickly and easily ♫ Drink up, baby ♫ Make love to me ♫ Get free, baby - [Voiceover] That could be a big scene change for that segment of the song, where all of a sudden his voice is flanged and reverbed and compressed all at the same time with a very easy sort of schematic for doing those kind of moves quickly and easily. Effecting the effects, we like it here. 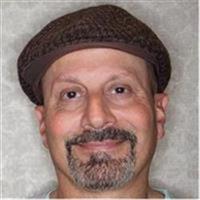