A brief overview of the video post-production workflow 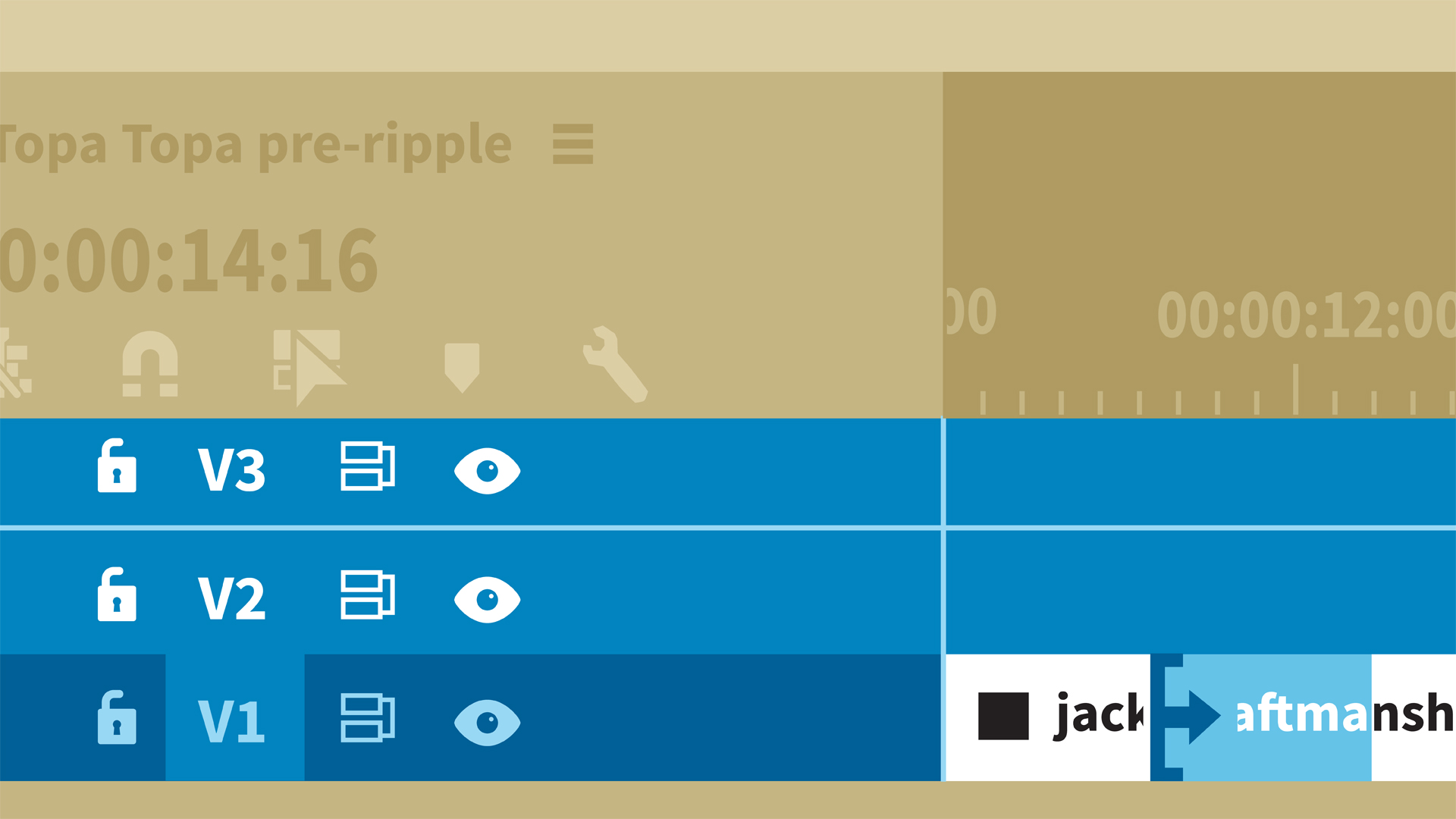 - [Instructor] Before getting started with Premiere, I wanted to provide an overview of the post-production process for those people who may be newer to the world of video editing. Post-production encompasses many different tasks, media prep, editing, color correction, sound design, graphics creation, delivery, and more. Each of those tasks takes place after the footage has been shot or after production. Hence, post-production. The first thing that usually occurs in post-production is receiving and preparing the media that was shot during production and there's a lot of ways this media can be received.

Sometimes you'll just get the media on drives that have been transferred straight from the camera cards or other raw assets and it will be up to you to transfer and transcode the media so you can begin editing with it. Transcoding simply means encoding the files into a new format that is more optimal for the editing process. During transcoding, files are often renamed to something that better labels what they actually are. In the world of the Adobe Creative Suite, this process can be done using a variety of different software including Premiere Pro, Prelude, and Media Encoder.

When these files are transcoded to a codec that allows for optimal editing performance, they can be used during the entire duration of the post-production process to complete the edited program. Then they can later be relinked to the high resolution media after editing has finished. This process of working with one type of file during editing and relinking to the original high resolution files after editing is called the offline-online workflow. Some use this workflow and others stick with one codec of media throughout the entire post-production process.

After the files have been renamed and transcoded, it's time to organize everything inside of Premiere. This process can often take a very long time because this means watching everything, subclipping and labeling the best portions of the material and organizing everything within a well categorized system. In the case of this project, we got our assets organized by type and we further broken things down when appropriate. This is also when you add valuable metadata to your clips. Metadata is the information that you assign to clips that tell you anything you need to know.

This can be done in the form of custom columns in your bins or markers, which are like digital post-it notes that you can attach to specific frames of footage. Being as detailed as you can during the organization process will certainly help you tremendously going forward because Premiere has so many robust searching tools that retrieving specific moments within the footage is easy if you've done the work upfront. Once everything's organized, the real fun begins in the editing process. There are quite a few phases in editing and not every project will contain each one but I'll list some of the most common here since it can be useful to know some of the names of these various stages.

First, I want to talk about the rough assembly. As you're figuring out how you want the show to come together, things will be messy. There are so much trial and error and sometimes you'll love how it's coming together and other times, you'll hate it. It's one of the most grueling and rewarding creative processes you'll go through. But once you got a layout of the show with most of the shots in generally the correct order, then you have a rough assembly. Again, the rough assembly is rough. There's still a lot missing, but the foundation is there. When someone watches it, they'll get the general idea for how things will play out.

You may go through a couple of versions of rough assemblies as you arrive closer and closer to a version that best works for the film. Then once you've really zeroed in on that, it's time to flesh out the rough cut. The rough cut has the word rough in it but my recommendation is that you try to make it as polished as absolutely possible. Make sure the editing is tight and all visual and audio elements are in place because it's the rough cut that you'll show to others in order to get their opinion. Therefore, you want to show them something that really represents what you feel the film should be.

You don't want all the holes and errors distracting them from their valuable opinions. Then it's time to begin screening the film. When you do this, you'll show different types of audiences, those close to the subject at hand and those who have no relationship to the subject at all. If possible, also show it to audiences familiar with filmmaking and editing. Gathering lots of opinions, taking good notes, and figuring out what is and isn't working is an extremely important but often difficult process. It can take a while to get skilled at distilling the information in a way that can help you continue to hone the film in the best way possible.

Once you begin collecting this feedback, you're going to keep reworking the filming until you ultimately reach fine cut. The fine cut should be a very polished version of the film that you've arrived at following a lot of collaboration and truth seeking. As you show your fine cut to audiences, there may be small tweaks that you can still make but large changes usually aren't in the cards anymore and when no more changes need to be made, you've reached picture lock. Picture lock is when the actual editing phase is over and the film can be taken into the finishing phases of post-production.

The first thing that's done is the relinking to the high resolution media files, if appropriate. We talked earlier about the offline-online workflow, so this relinking to the high res material is the online part of that equation. Beyond that, there are various finishing stages that could be completed in Premiere Pro or other software solutions. Let's go through a few of those now. First, there's color correction and this is a multi-phase process where you correct the light and color values for each individual shot and you make sure that all the shots in a scene match with one another and you have the option of adding a particular look to your scenes, which is called color grading.

In this way, color correction and color grading are part science, part art, because you're mapping the light and dark values of the shots in specific ways but you're also making subjective decisions for how the image looks which can certainly affect the style and mood of the scene. Again, this can be done in Premiere Pro or a dedicated third party color correction application. In the past, many Premiere editors used Adobe SpeedGrade but in recent versions, that seamless interoperability between the apps has diminished, so many are now turning to applications like DaVinci Resolve.

There's also sound design. This too is a great mix of art and science. It's during sound design that you mix the audio so that the important audio levels fall within a specific range. You correct any problems related to loudness or background noise, eliminate unwanted frequencies, and sweeten the primary audio by enhancing desired frequencies. This too can be done within Premiere Pro or another dedicated audio editing application like Adobe Audition. It's very easy to send the Premiere timeline into Audition to work on the audio and then have the adjustments show up directly in Premiere.

Some projects may also have a need for some motion graphics work. This is where you can work with complex compositing, keying, motion tracking, titling, and and other graphics work. And because of Adobe's robust dynamic link workflow, it's very easy to bring the Premiere Pro elements right into After Effects to complete this work in real time. Once all of this finishing work is done, you should have a very polished program. So now it's time to export it and share it with the world. There are many different ways that projects can be shared and delivered, as digital files, as web-hosted videos, DVDs or Blu-Ray, and more.

And there are many venues to share your video. it can be hosted online, broadcast on television, screened in theaters or film festivals, shared in business or corporate environments, and so many more. So depending on where your program will end up, there will likely be any number of specific deliverables that you'll need to follow in terms of your export settings, so do your homework for the required codec, resolution, and other video and audio characteristics. And of course once all of this is completed, you're done. Your program is out in the world and you've successfully taken the project through the entire post-production process.

In this course, you'll get a very basic glimpse of this process as we create our promo video for the Topa Topa Brewing Company.

5/26/2017
Get started with Adobe Premiere Pro CC 2017. This beginning-level course takes you through the basic ins and outs of Premiere Pro CC 2017. Using a project-based approach, senior staff author Ashley Kennedy teaches editing by blending technical and aesthetic instruction. She begins by taking you on a tour of the interface, and then goes through the entire post-production process—including ingest, organization, editing, refining, audio editing, basic effects, color correction, titling, output, and more.

This is the first part of a two-part series. The second installment explores more intermediate techniques.
Topics include:

Video: A brief overview of the video post-production workflow