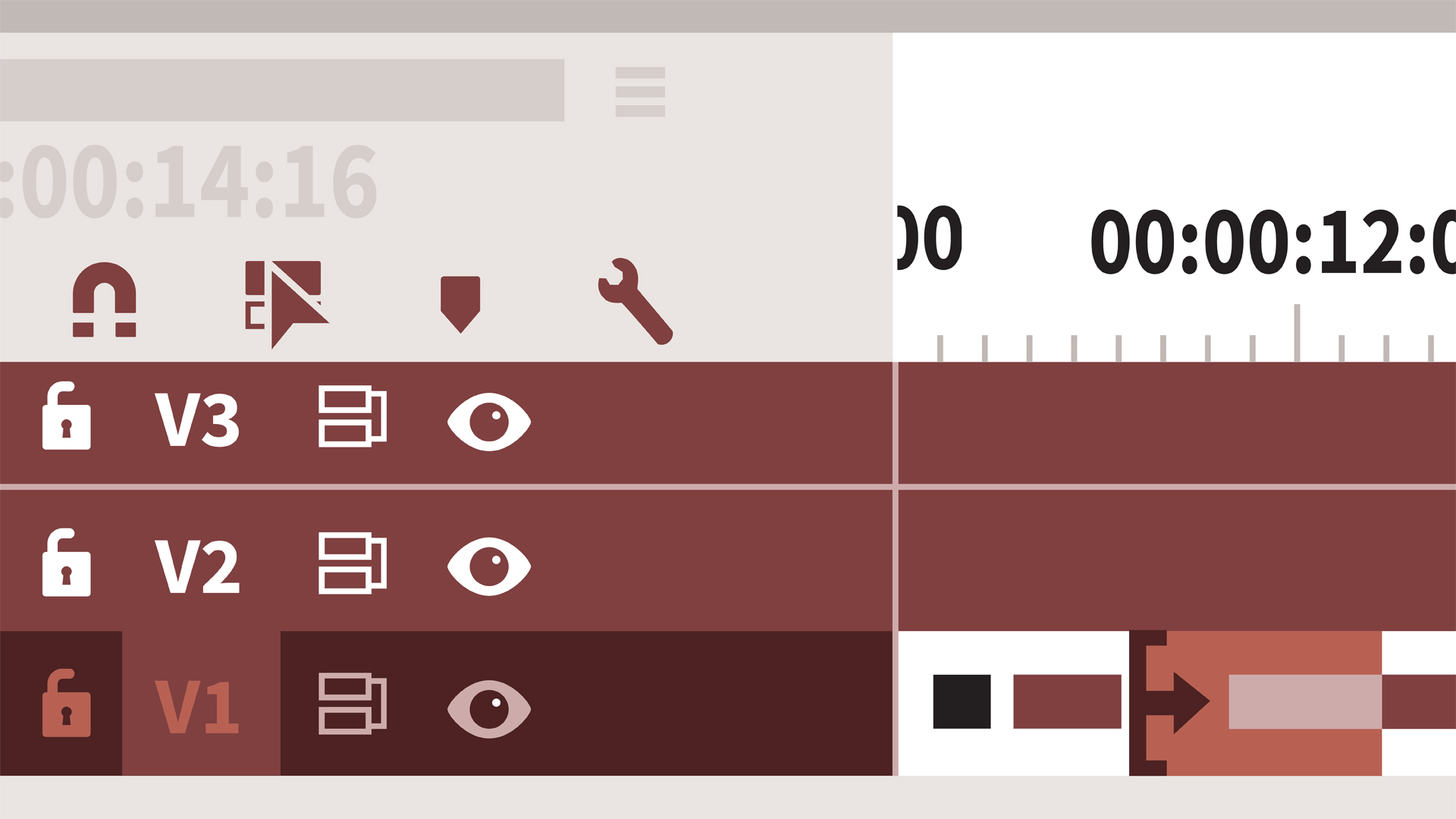 In this video, explore how to use the built-in motion effects that every clip contains automatically in Premiere Pro—primarily Position and Scale. Also, learn how to add the Crop effect in order to build a layered picture-in-picture effect.

- [Instructor] In the previous chapter, we learned how we could use various built-in motion effects to pan and zoom over a still image. Well as you can imagine, you can get the same exact thing with video. So, we'll take a look at how to do that in this movie, but instead of exploring panning and zooming, we'll use motion effects to create a picture-in-picture effect. All right, so at the end of my sequence I have a montage of donuts. I'll play this for you. (light music) Now instead of having them appear one after another, I'd like to create a composite, a la Brady-Bunch style where we have a grid of nine images appearing one at a time until we fill the entire video frame.

So, let's get this organized. I'm going to zoom in a little bit here and I want to start bringing these clips up to higher tracks. So, I'll do this by just lassoing all of the clips after the first one and I can either drag or I can use the keyboard shortcut of opt + up arrow or alt + up arrow on a PC. Okay and then I can grab the next ones and Option + Up Arrow and so on and so forth. So, I'll keep going there and then I also want to trim these out so that they last the entire duration.

So I would trim and then trim and so on, okay? So, in the interest of time, I've actually already done this and I'm going to load this second sequence here, and here we have all nine clips that are stacked on top of one another. Now, let's set up our composite. I'm going to come back to, just this first one here, and I'll press tilde again to minimize and I'm going to select the clip and then come up to Effect Controls. Again, if that's not there for you, that's under Window.

All right, so we are dealing with the built-in Motion Effects. Again, these are effects that are part of every single clip in Premiere Pro. So we're not going to add any additional effects. All I'm going to do is change these parameters. I'm going to shrink this clip down to 25 and I want this clip to appear up here in the upper left. Now I've already done the math assuming a video frame size of 1920 by 1080. So, I'm just going to come over here to the x-axis and here I'm going to put 330 and for the y-axis I'll put 210.

All right, now I'll move on to number two. I could certainly go through the process of doing this from scratch, adjusting my scaling and than positioning. But, instead I'm actually going to copy everything that's the same about my first one to the second one. So, I'm going to select this clip, press Command + C, or Control + C on a PC, and than I'm going to come to this clip and if you come up to Edit, we're going to choose Paste Attributes. That's opt + cmd + v or alt + ctrl + v on a PC. And what are we copying and pasting? The Motion Effects.

So, I'll make sure that's chosen and I'll say OK, and right now we have this clip stacked exactly on top of the first one. So I just need to change one parameter and that is the X Position and this works out to be 960, all right? And we'll come to clip number three and I'll Paste Attributes, that's Command + Option + V, and we want to paste those Motion Effects and then for this one we'll change the X to 1590. Now, for the second row, I'm again going to Paste Attributes and for this we're going to just change the y-axis to 540.

Than for the next two clips it makes sense to copy the attributes from this one. So, I'll Command + C, Copy and then Paste Attributes here and OK and then I'll come to this one and change my x-axis to 960. All right, so I could keep going but, I do have this sequence here where I've already done all of this. All right, now I just want to mention a few things. Obviously we've been inputting values because everything was pretty mathematical to get our grid. But, just remember that you can also be a little bit more tactile about this.

Another thing I want to call out is that something you might expect to be a Motion Effect, a Crop, is not. It's actually a separate effect. So, for example, if I wanted to add a Crop I definitely could. I'm going to come over to the Effects panel here. Again, if that's not there for you, pull it up under the Window menu. And then here I'm just going to type crop, and we'll add it to our first clip here, and then if I go back to Effect Controls, you can see that here's my Crop parameter.

So, let's say that we wanted to just focus in on the donut. I could just adjust my parameters like so. Okay? And if we wanted to copy that to all the rest of the eight clips within this composite, not a problem. I would just select this, Command + C and then I'm going to press tilde to maximize. I'll just select all of these at once and than I'm going to Paste Attributes, Command + Option + V, and this time we don't want to paste Motion, but just Crop, and I'll say OK.

And so now, you can see that I've cropped all of my images. So I could keep going. I could add as many effects as a want to each of these clips. But, for right now I'm happy with that. Watch what happens when I try to play this back though. (light music) Okay, so the system really struggled. It wasn't able to play back all of those streams of video. So we need to render this section. We're going to talk about rendering more later in this chapter.

But, for now, I'll just show you how to do it. I'm going to mark an in and an out around the area to render and than I'm going to come to Sequence and then Render In to Out. So right now it is creating render files so this will be able to play back no problem. (light music) All right? So, by using our built-in Motion Effect Controls along with just a couple of other basic effects, we can start to create a nice layered look for this part of the show.