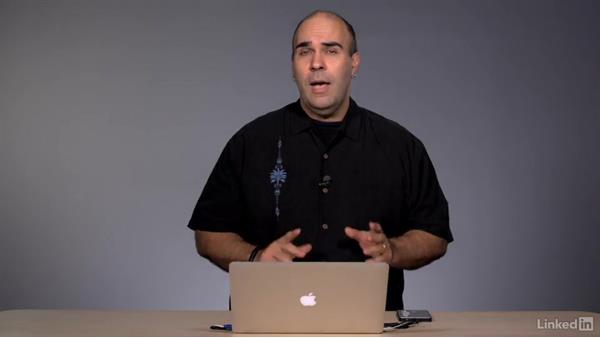 Take a look behind the scenes at the production of a real-world television commercial. In this course, author Richard Harrington will showcase examples from both documentary and instructional segments. Learn what it takes to plan, shoot, post, and delver a public service announcement for delivery to broadcast and the web.

- I hope you enjoyed this in-depth look at a case study,…where we put together a real-life commercial.…Remember, video is a team sport,…and you can't be good at all of the parts.…What I tried to show you in this course…is what it took to put together a real-life project.…You got to meet some of the creators behind it,…and hear some firsthand advice, as well as watch them work.…Remember, as you work through these different skills,…it's important to take the time to try to master…all that you can, and then rely upon others for the parts…that you're not that good at, or that interested in.…

Remember, with collaboration,…you can push through any creative boundaries that you face.…In our online library here,…there are a ton of classes to help you out…with the different skills that you've seen here.…This particular course is really good at showing you…all of the different things you need to know.…But, if we were to break down all of the skills,…let's be honest, to make you an expert at lighting,…and sound, and editing, and directing, and cinematography,…