Getting a good color balance 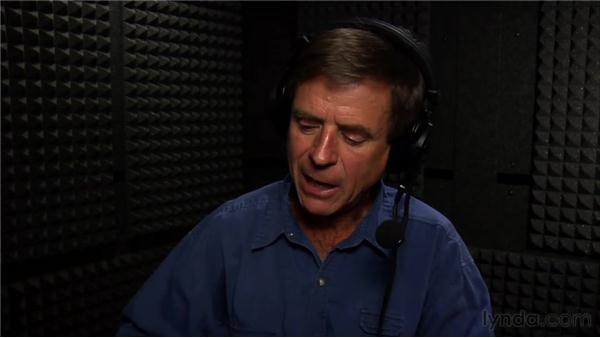 Join Jeff Sengstack for an in-depth discussion in this video Getting a good color balance, part of Video Journalism: Shooting Techniques.

As you move from outdoors to indoors, you might not notice that the overall color cast changes, but your camera notices. The issue is color temperature. To a large degree, a light source's temperature dictates its color. Sunlight, which we perceive as being yellow, looks blue into a camcorder. Tungsten bulbs look orange. Fluorescent lights lean toward green. As you move from one location to another, from one lighting situation to another, your eyes and your brain compensate for changing color temperatures. Many camcorders do that automatically as well.

They do it by averaging the scene, assuming that the scene overall should be gray, and then if they detect the color cast, they compensate for it. If a camcorder determines that the overall color cast for a scene is blue, it shifts the color away from blue to its complementary color of orange, thereby removing the color cast. If it sees the scene as being a bit green, it shifts the color toward red. This automatic process is usually called a white balance, but that's a bit of a misnomer. I like to call it a gray balance. But nobody uses that term. So to find some middle ground here, I'll clarify it by calling it a color balance.

Problems arise when we use the camcorders automatic white balance or color balance in a scene that has a color cast you want to retain. How about a room with a solid-color wall like this? If you take the color balance off the entire scene you'll get a horrible color cast. Or when shooting a sunset, your goal is to retain that orange color cast. If you grab a white balance or a color balance using a wide shot, you end up neutralizing the orange, turning it into something that looks like the middle of the day. You can fix that in post using color correction techniques, and I explain how to fix an errant color cast, as well as many other color correction topics, in my lynda.

com course, Premiere Pro: Color Correction and Enhancement. To avoid errant color casts, don't rely on your camcorder's automatic white balance feature; instead use its manual white balance feature with color balance cards. Now the traditional way to get color balance is to point your camera at something white and do it that way, but that can be too bright and too reflective. It may not be a true color balance. I rely instead on the gray card like this that I made just from a JPEG file. I think it gives you a better color balance. If you want to get a warmer look to your shot, use a light blue card like this. That will pull it toward the orange side of things and make things looks little bit warmer.

And if you want to warm things up under fluorescent lighting use a green card like this. So here are few examples that I shot in the field. This first shot was a sunset. These clouds were orange, but I pointed my camcorder at the clouds and got my average white balance that way. And it shifted the camcorder's view of this orange scene away from orange, neutralizing it to gray. Well, I don't want gray clouds; I want orange clouds, so I used my blue color balance card to cast an orange glow on the scene. This fence is green, but if you get your color balance off the fence itself, you're going to shift the scene toward gray, make the green fence gray.

So to avoid that, use a card. Use your color balance card, the gray that I suggest you use. I use my camcorder's manual white balance in this entire scene. Because the scene is full of green foliage and yellow foliage, it shifted sort of toward this blue-purple look. Here though, I used a neutral gray card and got the average white balance to be correct. It's actually looking like it should look. That's the way it looked that day. But then I want to shift it little bit to a warmer side of things, so I use my blue card to get the color balance this way to shift it little bit towards orange to make it warmer.

This is a mixed-lighting situation with sunlight coming in and tungsten lights on the two individuals here along with the dog. I used at auto white balance with the tungsten lights. The tungsten lights are strong enough that they tend to put an orange glow on the scene, even with an average white balance. Here I used blue gels on the lights to match the color of the sun and got an average color balance that way. And it has a blue cast to it. It really is not what I wanted. And for this final shot, I used the blue gels and the sunlight, but I used a gray card and focused my color balance on the card, not on the entire scene, and then it did neutralize all those various color casts.

So while you can fix errant color balances in post, if you use the color balance techniques I've presented here, you're more likely to get it right in the first place. 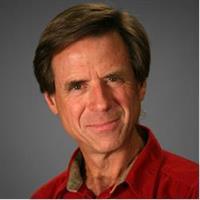 Video: Getting a good color balance