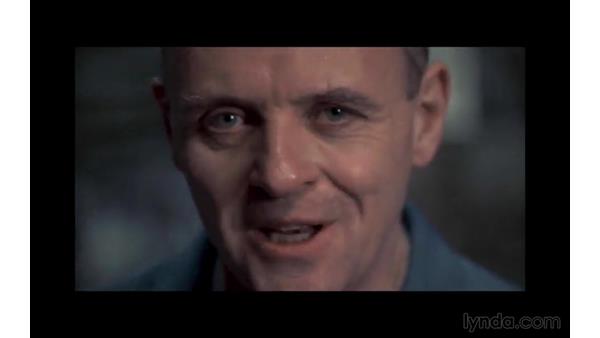 - The first area in the world of video editing that we're going to cover is actually a production term called coverage. Coverage is simply the practice of covering a scene multiple times from multiple angles. Coverage is great for editors, because each camera angle captures the same action, but within a different composition. So because the actions completely overlap one another, you can effectively edit together these shots to reconstruct a reality. So for example, even though each of these shots was captured at a different moment in time, we can piece them together as if the action was happening in a single moment.

Now when you shoot scripted narrative footage, you have a lot of flexibility in how you shoot coverage, because you can cover the same lines again, and again in different setups and camera angles. The actor just repeat their scene numerous times until you have all of the angles that you need. With unscripted documentary footage however, you don't quite have that flexibility. However, because humans, and nature, and the world exhibit a lot of patterns in their actions, you're often able to cover a repeated action in its natural state from many different camera angles which essentially replicates many of the advantages of traditional coverage.

At any rate, scene coverage gives editors the shots, or building blocks, to construct the visual narrative. In visual art, you have different tools in terms of how you use line, light, color, and space that allow you to create different meanings. The same applies to film. The way the frame is composed, and how line, light, color, and space play out within the frame allows editors to use shots as items in a recipe of film language.

I just want to show you this short scene from Silence of the Lambs. Watch closely how the camera angles are used to provide not only information about this conversation, but also emotion, and the relationship between these two characters. - Good morning. - Dr. Lecter, my name is Clarice Starling. May I speak with you? - You're one of Jack Crawford's, aren't you? - I am, yes sir. - May I see your credentials? - Certainly.

- Closer, please. Closer... (footsteps) That expires in one week. You're not real FBI, are you? - There's a lot going on in that scene. Even if you don't know what the story is about, you can get a pretty good idea of a good many things just by how it was edited, and the shots that were used.

Let's start by just taking a look at some basic camera angles. The long shot lets editors show the subject in its environment. This allows you to show the relationship between the subject and others within the frame, or just the relationship to the environment or surroundings. So in general, long shots are often our tools to give physical or emotional context to the scene. Most shots in films are typically medium shots of one type or another. Medium shots are your, quote unquote, normal shots.

Their job is to show the subject as a prominent part of the video frame, but also give basic context for space and environment. Obviously the closer the shot, the more the emotional impact swings toward the subject, and the less toward to environment. Now many of the shots in this scene are over-the-shoulder shots which give you yet another layer of meaning within the frame. If we see most of someone's back, and only a part of the subject, that often tells us something of the power relationship between the characters.

Close-up shots let the editor fill up the frame with the subject giving it dominance spatially, and emotionally. Pushing in that close on the subject really lets the editor draw attention to the subject, small details, or to heighten some type of emotional intensity. Now each of these camera angles can be shot straight on, or from a low angle, or from a high angle. As you can see, just by adjusting the angle, we can further accentuate the power relationship between these two characters.

Now each of the previous examples covers one character in the frame at a time. There are obviously also many setups where you show multiple characters in the frame, and depending on how these characters are positioned, and how the camera has composed the shot, you can get some ideas about the emotional relationship between characters. This two shot gives us further context about the relationship between Hannibal Lecter and Clarice. Very generally, editors often start by editing a scene in some type of long shot to give the scene context, and then punch in closer to medium shots, and then use close-ups where necessary, and then come back out at the end.

However, these generalities can always be amended to fit the specific scene depending on what's happening, and how the subjects are interacting. For example, many editors will begin a scene with a series of close-ups to give the viewers a taste of small parts of the scene before backing out to reveal the subject in its environment. So there are lots and lots of strategies to build a narrative. The composition of shots is only one part of our recipe however. In the next few movies, we'll examine other parts of the grammar of film editing that allow us to tell the story that we want.