- [Narrator] If you've listened to my Podcast in the past or you've read my blog, you know that Trello is my left hand and I say that because I'm left-handed, by the way. I manage my entire life with Trello as well as another application called OmniFocus, but I'll save that program for another lesson. For those that don't know, Trello is basically the digital version of a whiteboard with index cards that are tapped to it; except, you can attach documents, collaborate and communicate with team members across the globe, add checklists; the possibilities are virtually endless.

If you want to do a super-deep dive in the every single possibility for using Trello on post, check out my other course; Trello for video post production. In today's lesson, I'm just going to give you a super brief overview of how you can use Trello in a post-production workflow, so starting here from the main log in screen, you're either going to log in, if you already have an account or you can click here to sign up, so I'm just going to go ahead and log in. And if you're brand new to Trello, this is what's going to be here on you home pace; it's going to be your tutorial board where if I click on this board, you can see that it's going to have some tutorial cards that are going to get you set up with the basics, so I'm not going to go through basics too much, but I do want to walk through how the interface works very, very quickly.

Like I said, imagine you're looking at a whiteboard on the wall, but it's a digital whiteboard, so the way that it works is you have lists that are running vertically and inside each of these lists, you have cards, so if I were to click on an individual card and open it up, what you see is the back of the card, so you're going to be able to add team members, you can label this card, you can create checklists, you can add due dates, you can attach documents and then, there are actions to be able to subscribe, archive, move and copy it to other places.

You can add comments and communicate with other team members; very similar to the way that it does with Twitter or Slack where you use handles and you can also add information in the description. So, the possibilities are virtually endless for what you can do even inside an individual card and all you have to do to add lists is click on Add a list and then, if you want to create your first board for your first project, I'm going to walk you through the two most common boards that I will create when I'm working on either a TV show, a feature film or documentary, so I'm just going to go to the Boards menu; I'm going to create a new board and I'm going to call this my Main Board for now.

Now, for example, let's say that you were working on an episode of TV; you might call this episode 101 main board, so I'm on a brand new board with one list and no cards. When I'm organizing my main board, I'm basically going to create a set of standard lists and then I will add specific lists if there's something else that doesn't fit within the standard ones that I've chosen; if it's specific to that episode or that show, but these are the basic lists that I generally create. I have General Info, Workflow and Docs.

Another list I create is Delivery Checklists. Another will be Raw Footage or Dailies. Then, I keep all of my notes in one list and then, additional elements, so this could be information or cards that I create about music files, visual effects delivery, stock footage; all that other kind of random stuff that's going to come through that doesn't fit into these first specific categories, so if you want to create a card, you would just click Add a card and name it, so let's do Test Card and that's it; now, you've created a card and you can do it in each one of these lists.

In the General Info, Workflow and Docs, this is where I'm going to put all of my standard templates, any information that I have about delivery, anything about procedures, anything like a calendar, context sheets; any of the general stuff that you would just kind of pin on to a bullet on board; that's what I'm going to put in there. In Deliver Checklists, I would create a card for each step of the process when I'm delivering either an episode or a feature film or documentary, whatever it might be, there's going to be your editor's cut, director's cut, producer's cut and so on, so I create Delivery Checklists, so I can track every single one of those steps, so, for example, in an earlier lesson of this course, I showed you how I number my sequences and my outputs based on the step and I'm going to do the same thing in my Delivery Checklists, so if I create a card called one, episode 101 Editor's cut; inside here, I would start creating checklists and attaching information that has to do with the editor's cut and then in a later lesson, I'll walk you through how those checklists work in further detail, but, for now, this would be the basics.

I might create another one; it's called two, episode 101 Director's cut and so and so forth. As far as the Raw Footage and Dailies, this is where I would track the delivery of my material on a date by date basis, so, for example, when I'm working on a TV series, I'm generally going to get between seven and 10 days worth od dailies, so what I would do is create a single card that would say day one dailies and so on and so forth for every single one of these days in episode 101 and this is where I would attach all of my paperwork and anything specific to me being able to track those dailies.

Inside the Notes, this is where I track every single note and suggestions that I get from every single source and once again, this all refers back to the same numbering system, so if I have one being Editor's cut, two being Director's cut, so on and so forth, I would create cards for every single step of the process where I've been given notes and then, of course, like I mentioned, here is the Additional Elements list. The one other board that I will often create for each episode or project is what I call a Structure Map, so I'm going to go into my boards again and I'm going to create another new board.

Let's call this episode 101 structure map and rather than being a logistical board, this is going to be a creative board. This is going to be like having index cards on the wall, but for each scene or each topic or each interview or each section depending on the type of project that you have, so an example I'll give if I were using this to edit an episode of a TV show, I would just break this down into acts; be that simple.

So, let's say I've got a six-act structure. I now have a list for each of my acts and then, I can go in and create a couple of dummy cards for scene one, scene two, scene three and then just for the sake of argument, let me make a scene 20. The cool thing about this is this allows me to visually understand the way my story flows and if I want to do some restructuring, it's as simple as taking a card and dragging it, so let's say I decide that I don't want the first scene to be at the beginning, I want the first scene to be the second scene in act two.

This is a very quick and easy way to do some rewriting, do some experimenting and understand how you story visually flows without having to actually rip up you timeline and make all of these variations in these versions, so the great thing about Trello is there are endless possibilities for organization and project management. I'm simply showing you how I use it, but there are plenty of other ways to do it, as well. Now, keep an eye out for a future video on using Trello to keep all of your notes and revisions organized. 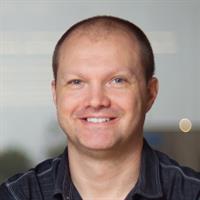