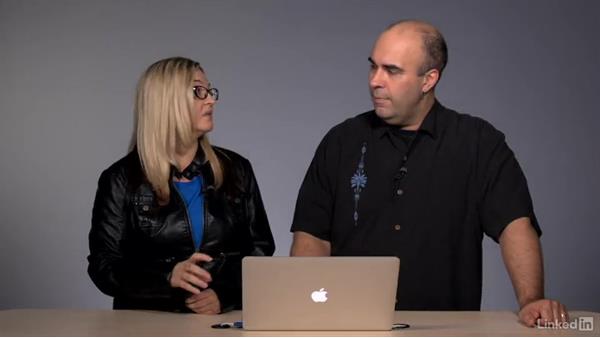 There are multiple formats that you can use to write your script from the Hollywood screenplay format to two-column scripts. Which one is best for writing a script for a PSA and how do you create it? In this movie, join author Richard Harrington and producer Rachel Longman as they create a template for a two-column script.

- Now, we know we need to write this script,…but how do we do it?…- Right, and it comes down to using…a word processor of some sort.…Now, there are dedicated script writing tools…that often get used for things…like feature films and television,…but for a typical commercial,…a word processor is more than enough.…- I usually use Apple Pages or Microsoft Word…and create a table that gives me a two column script.…- And those two columns are typically holding…the video information and the audio information,…and we split it out…because different people focus on other things.…

The Director or the Director of Photography…or the lighting person might look at the visual column…because they really don't care what people are saying.…They want to look at what's happening.…While the Producer or the client might…spend a lot more attention on the audio,…and that's certainly where the talent…pays the most attention.…- Right, I mean and you also have to make sure…your message is being conveyed correctly.…So, when I'm on set,…I'm more concentrating on the message…