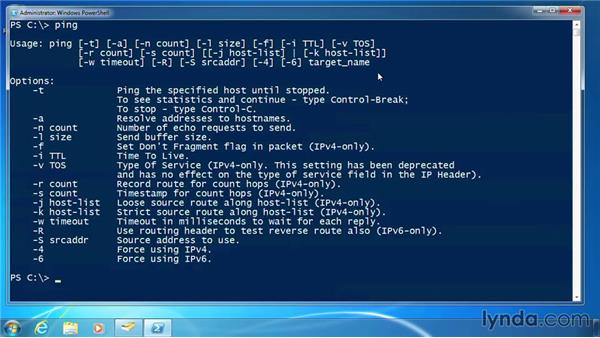 So this isn't a scripting language really. It's just a command line shell. You type a command, you hit enter, you get results. If that wasn't the command you wanted, you just change it, add some parameters to flip up the behavior and run it again. So this isn't like you have to be in a programming environment or working around in visual studio or anything like that. It's just a command line environment. And a lot of the commands that you would use in other Windows shells, like command .xe, they work here too.

Cd to change directory, cls, which I pointed out earlier, clears the screen. Dir, to get a listing of files and folders. Maybe you come from a Unix or Linux background and a command like dir isn't one you would think of. You would think of ls, well, that's there too. So power shell has a lot of the same commands that you're used to working with. If you want to del a file, that removes it from the system. Maybe you're going to rm the file instead, or remove it ,because you've got that Unix or Linux background, it's all the same.

The only thing to watch out for is some of the commands are not quite the same. When you look at a command like ping that works the same as ping anywhere else in Windows because ping is actually an external executable. It's a little application that gets run. When you're running some of the built in, especially the file and folder management commands, that's where you'll notice some differences. For example, if I run dir/s, now normally in Windows, that's going to get me a directory and include all the sub directories.

And in power shell it gets me an error message, because this isn't really the dir command. In fact, if you look at the error message, it's kind of cluing you in. It's telling you the real name of this is get-child-item. Well so what is dir? Dir is what power shell calls an alias, it's a nickname. It means instead of having to type get-child, that just takes too long, I have a shorter version dir, or an even shorter version, ls. There's actually a gci, get-child-item, which is kind of a power shell style alias since it refers to the actual power shell command name.

So because these are slightly different commands they do work slightly differently. And in a little bit, you're going to learn how to use the help system, so power shell will be able to teach you how they work. For the most part you're going to find the commands you're used to using in any shell are going to work the same way that they always have. For example, cd program files, and instead of typing that out, I'm just going to hit tab, that will complete it for me, changed to the directory. Cd.. goes up a level.

So a lot of these commands that you're used to will work the same. It's just there are minor differences because this isn't a command it's an alias to an underlying power shell command. So, kind of once you get used to that little bit of difference, all these things will work out fairly well. And yes, it's a little bit of learning a new syntax but that's what you're here for, and you'll definitely pick it up as you go. 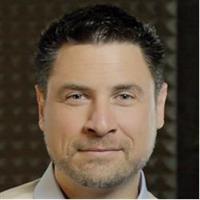 3/10/2012
This course is your entry-level introduction to PowerShell. No prior scripting experience is required! If you can run "ipconfig" then you can master PowerShell. Rather than relying on complex scripting languages and partial capabilities, with PowerShell you'll finally enjoy a complete, consistent administrative experience that encompasses both the GUI and the command line. Author Don Jones shows you how to run commands, access the built-in help system, and extend the power of PowerShell with product shells, PSSnapins, and modules. Plus, learn how to work with PowerShell objects and variables, enable remote access, manage input and output, configure security policies, and save time by turning commands into reusable tools.