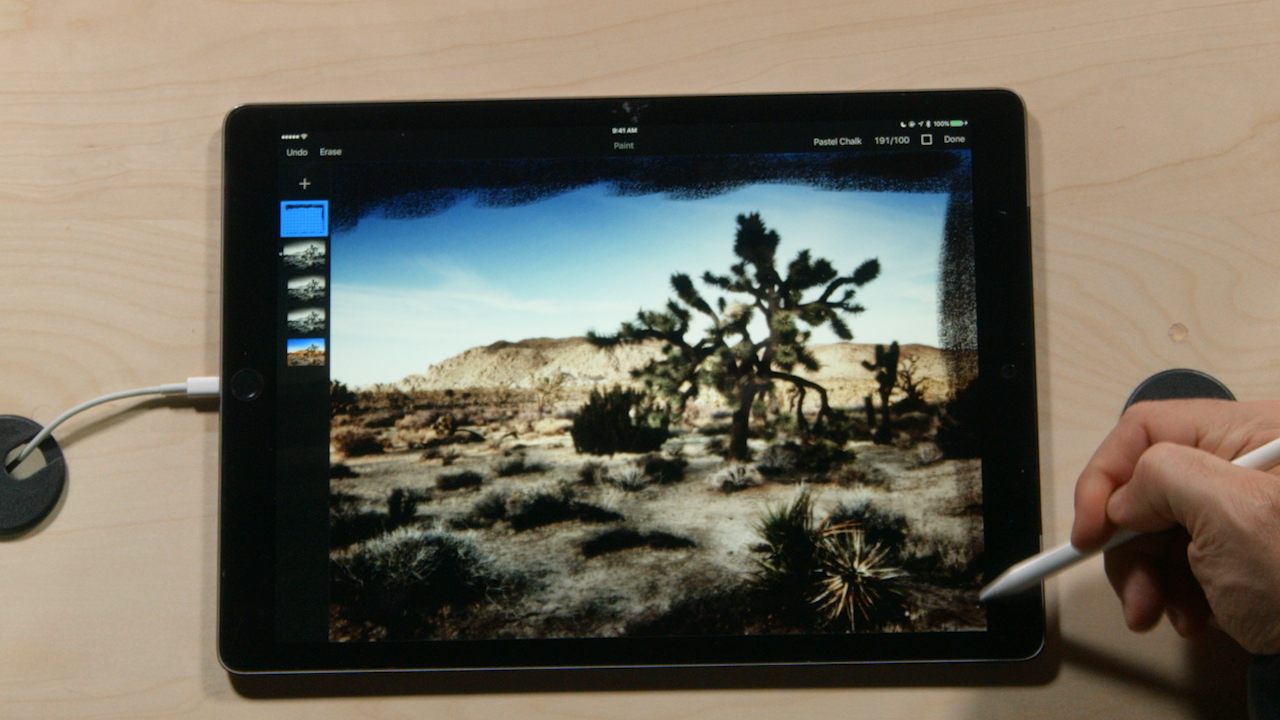 5/5/2016
If you're up and running with Pixelmator, but want a more comprehensive look at its image enhancement and design tools, this is the course for you. Pixelmator is a popular and affordable Mac OS X app, which offers support for Adobe file formats. With Pixelmator you can easily collaborate with other photographers and designers using the Creative Cloud. Join Rich Harrington for a tour of the complete Pixelmator workflow, including making accurate selections, performing targeted image adjustments, designing with text and shapes, retouching, masking, and making complex designs quickly with other effects. Rich also explores Pixelmator for iOS, which allows you to share projects between iPhones, iPads, and Mac computers and continue your work on the go. Once your project is finished, you'll learn how to export files in several popular formats for sharing, posting on the web, or using in other software packages.
Topics include:

- Hi, my name is Rich Harrington and welcome to this course on Pixelmator. Pixelmator is both an image-editing, and a drawing tool that can be used to create all sorts of graphical content. Whether you're a photographer or a designer, the tool set is very well suited for both. What you'll find inside of Pixelmator is a rich collection of tools and technology, that make it very easy to manipulate and adjust images. Now, during this course we're going to explore the complete workflow for using Pixelmator. First, we'll take a look at opening and saving files.

This includes making new files, as well as where to store those files in editable formats. We'll also look at which file formats are fully supported and work well inside of Pixelmator. This includes both an 8-bit and a 16-bit workflow for richer, truer color. Now, Pixelmator does offer several tools and if you're used to other image-editing software, such as Adobe Photoshop, you might find that many of them are very recognizable. The tool set is robust, and it allows you to get all sorts of tasks done, from selections, to drawing, to cropping.

Speaking of selections, most of the advanced image adjustments that you're going to make, start with a selection. This means accurately choosing a range of color, or part of a photo based on pixels, or a tool that you draw with. Once you have a good selection, you can do things like masking to add transparency, or make a targeted image adjustment, such as changing the darkness of the sky. Once that's done, we'll move into Layers, which were a concept made popular by Adobe Photoshop. Layers lets you organize the content as you build, keeping separate items on their own discreet layer.

This is great because it means that you can keep your content isolated, and really limit adjustments to very targeted areas. Now, Pixelmator can even write and read Adobe Photoshop files in the layered format. So this might give you some of the functionality you need to collaborate with other professionals. We'll also explore designing with text, and talk about some of the tools for stylizing that text. Now, Pixelmator does include a robust text editor, but it relies heavily on OS X's text capabilities. So if you're not very familiar with the operating system tools, this might seem a bit new.

Once we're done with text we'll move on to multiple retouching techniques to remove blemishes, cloning out distracting areas, erasing things from an image. There are lots of different ways to work with the content in your photos, and we'll explore all of the essential retouching tools. Once we finish that, we'll move on to shapes, drawing, and other types of graphical content, as well as creating your own custom shapes. In fact, you can use drawing tools, like the Pen tool, to take graphic-based content, and convert it into a shape as well.

We'll also explore some general image adjustments that you might want to make to a photo, to make it look its best. Whether you're enhancing contrast, or the curves adjustment, rolling the hue to remove some color cast, or perhaps boosting the overall saturation. Pixelmator contains a complete suite of tools for both correction and enhancements, as well as stylizing your photos. Now, we're also going to explore a new edition to the workflow, which is Pixelmator for iOS. You're going to learn how to share things between different devices, and work on the go. Whether you want to work with a complete set of tools, with the Apple Pencil perhaps, or maybe just working with your camera roll.

Pixelmator is going to allow you to actually manipulate your images, whether you're using a phone or a tablet, and it's pretty cool how it ties back to the Desktop software. Now, once this is all done, we'll explore outputting files. Whether you're saving for the Web, getting ready to print, or need to make high-quality digital files to exchange with others, Pixelmator offers a wide range of options. My name is Rich Harrington, let's get started.