Why add someone to a group shot? 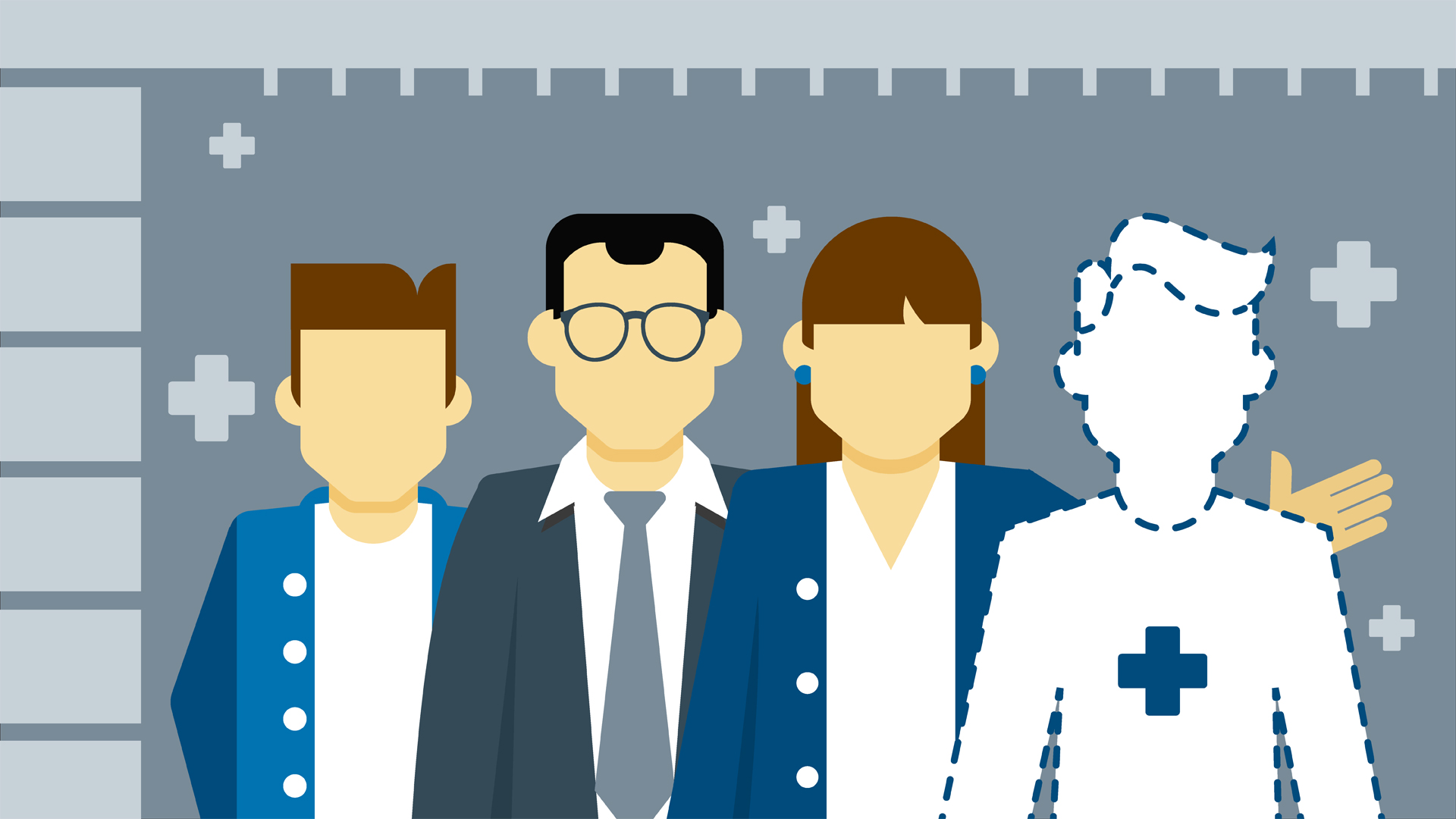 - Before we get into the details of this project, let's first consider a question that is central to this type of compositing. Why would you want or need to add someone to a group photo? Well there are actually several scenarios that I can think of, where this technique might come in handy. And I've worked with a few of them myself. Both for personal photos, as well as for commercial projects. The first situation that comes to mind is when you need to take a family photo and you have neither a tripod handy nor another person there to take the photo for you.

Here's an example of that. On the way to a holiday gathering several years ago, I took a few quick photos of my wife and daughter. Then I had my wife take a few photos of me standing right next to where they had been standing. I varied my position, knowing that I would add myself to the group shot later. Taking the images this way made it fairly easy to add myself into the shot, using layers and layer masks in Photoshop. The next scenario would be any gathering of people where one person couldn't make it to the event.

Back when I first began doing commercial retouching and compositing, adding someone to a family reunion photo was a fairly common request. In addition to a reunion, or gathering shot, you can also use these techniques for a commercial shoot if you're on a tight deadline and it's impossible for one person to make it to the shoot. Another way that you might use these compositing techniques is to add yourself or a friend to a historical image. Here are a few examples where I donned a bowler hat and sunglasses and placed myself into historical images that had no rights restrictions that I found on the Flickr page for The U.S. Library of Congress.

Once I had found an image where I felt I could convincingly add myself in, I then took photos where I tried to come up with poses movements and expressions that would be a good match for what was happening in the vintage photo. This approach was used to great effect in Woody Allen's, Zelig. Where the enigmatic and chameleon-like title character appeared in old photos and newsreels taken at various events in the early twentieth century. Of course, while adding a person to a historical photo might seem like fun, and in some cases it is, these techniques have been used for devious purposes.

To try and alter the historical record, or smear a political opponent, by casting them in a negative light. This occured in the 2004 presidential campaign, when an image of actress and anti-war activist, Jane Fonda, protesting the Vietnam War, taken by Owen Franklin, was added to a different photo from the same time period of candidate John Kerry, made by photographer Ken Light. To suggest that Kerry was unpatriotic. Of course, photos have been manipulated to distort or embellish the truth for nearly as long as photography has been around.

Such as this image of Benito Mussolini where the horse handlers have been removed to make the Italian dictator appear more heroic. So this is nothing new, but programs like Photoshop do make it much easier to create these type of fabrications. So just remember to use your Photoshop superpowers for good, and not evil.

2/4/2016
Sometimes you have a group photo that doesn't include the entire group. Maybe someone couldn't make it. Maybe you needed to be in the shot—but also needed to take the shot.

Whatever the reason, Photoshop offers the solution: You can simply composite the missing person into the group shot. In this course, photographer and educator Seán Duggan shows how. He uses Smart Objects to nondestructively resize the images, adds and refines a layer mask, and then inserts the missing person behind the group. With some simple tonal adjustments, the end result can look completely natural. In chapter 4, Seán tackles a fun bonus challenge: placing new figures in historical photos.

Video: Why add someone to a group shot?