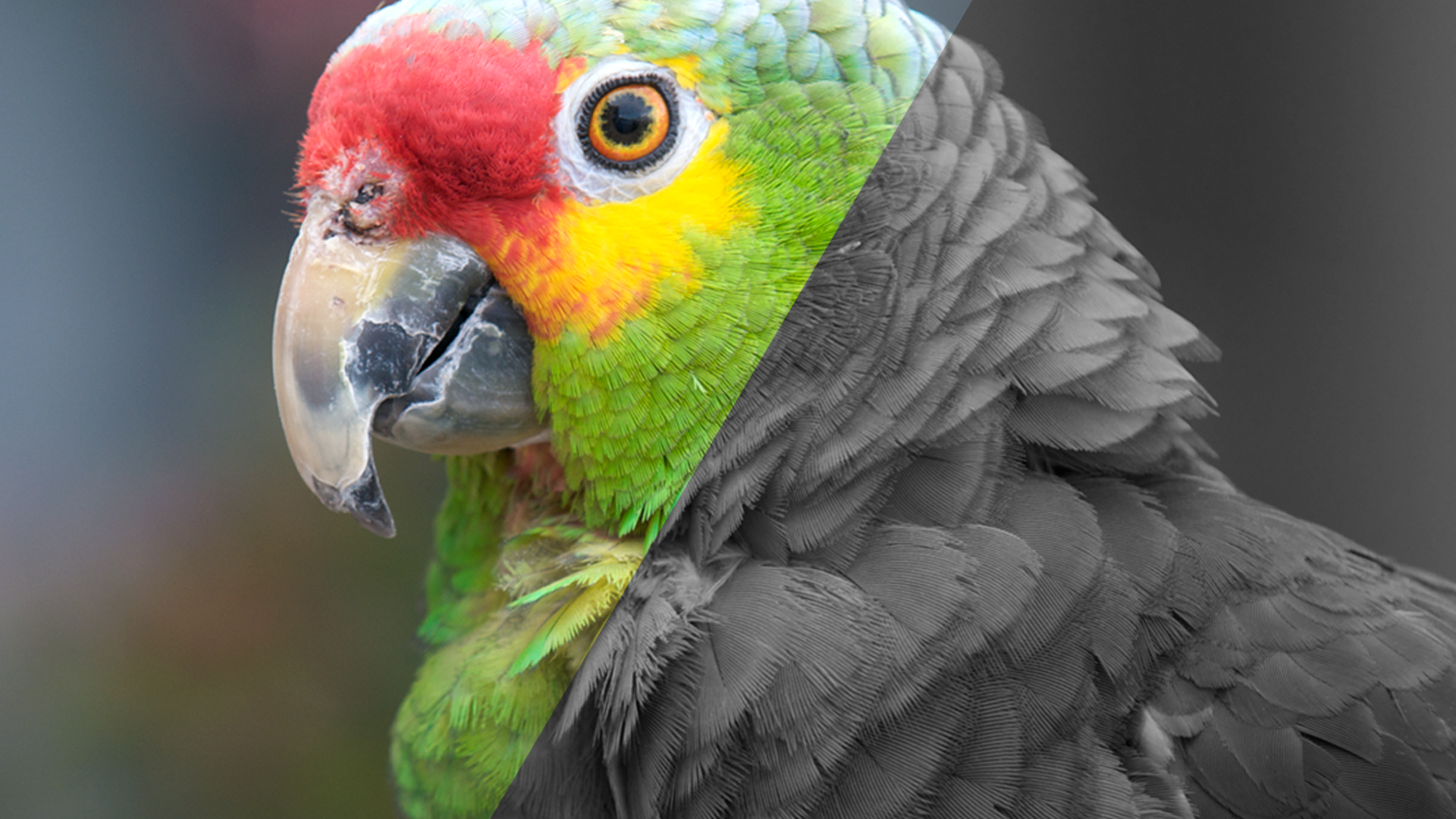 - Earlier in this lesson, I mentioned exploring HDR as a technique for actually bringing out a great black and white image. Well let me show you how that works. I've got a folder here with five raw files. I recommend raw if possible. If we look at these images, you'll see subtle variations in how they were captured. For example, the original image was shot about one stop under. Then through the use of bracketing, which adjusted the overall exposure time for shutter speed, you'll see I did one that was four more stops below, two stops below, and then plus two and plus four.

Since the original image started at slightly under exposed, you'll see that the stair steps are basically four below the base image, two below the base image, and then two above and four above. Well by capturing this, we're able to see a lot of detail. The original base photo's fine, but by capturing four stops under we capture very subtle details in the highlights here. If you look extremely closely, you'll see that there's detail here on the bridge of the nose and the statue.

The next version over shows you even more. Now that four stops under didn't have a lot of information, but it did protect the tones in some of the brightest highlights. Then as we brighten up the image, you'll see how those start to show detail in some of the areas that were previously lost to shadow. If I select all of these images, let's double click to open these in Photoshop, and they send them into camera raw. I'll select all of the images by right clicking and choose select all, or use the shortcut of command or control A.

Once they're selected, you can choose merge to high dynamic range. This brings up a new dialogue and analyzes the five selected images. Ideally, you shot from a tripod, so these images will precisely line up. But if you had subtle variations from handheld shooting, it often can auto align them. The auto tone option is also useful. In this case, there's a little bit of movement in the background, so I'm going to tell it to de-ghost at a low value. This is going to look at the background, which is blowing slightly in the wind, and remove some of the softness that occurred in the background.

If you want to see that, you can show the overlay to track the de-ghosting amount, and feel free to play with the different presets for low, medium, and high. But here, some of the fronds of the palm that were blowing in the wind are going to be tightened up a little bit, and we won't see as much of a multiple exposure in those areas. When I'm ready, I can click merge and it will make a new HDR file. It'll automatically target the location of the original files and generate a new digital negative.

You'll see here at the bottom it pops in, and now you can take advantage of toning. While this looks similar to the base image, I want you to realize that the sliders actually cover more ground. There are more highlights to recover, more shadows to lift, and as you start to move clarity around, you have a lot more range to work with. This allows for a really dynamic color image that has an expanded dynamic range. You can do the black and white conversion outside of camera raw or actually work with the HSL grayscale tab.

Here you can convert to grayscale, and what you'll notice are sliders that are similar to the black and white adjustment command. Now instead of having just reds and yellows you actually have separate sliders. There's no on image tool, but you can use these sliders to dial in the type of conversion that you want. In this case I'll darken down the greens a little bit but lift some of the blues. And that creates a nice high-contrast image. There's the purples for the top headdress area, and I'm going to darken that down.

So this is an alternative to doing this with the black and white adjustment layer. You can do it here inside of camera raw or outside in the other tool. When you're ready, just click open object to send the raw file into Photoshop as a smart object. And in this case, it's a grayscale image. I personally suggest converting back to RGB. This will unlock additional layers. Feel free to not rasterize that, and instead it will keep it as a live smart object.

Let's toss on a digital film stock. We'll set this in here. And I like how that's creating a nice warm conversion. And what we have there is a black and white image with incredible tonal range. You can feel free to step inside of here and make adjustments to the original raw file by double clicking, and you'll notice that it brings it up. In this case, if needed, you can play with the overall value and contrast sliders to get the type of image that you want, and even take advantage of the on image tool here using the parametric curve.

This'll make it a little bit easier to target different areas for specific recovery. Let's pull that down there a little bit. There we go, that looks pretty good. When I click OK, it updates and you see the new image. This is a different workflow, but by taking the extra effort to capture more exposures in the field and then merging those into a high dynamic range raw file, you have a ton more flexibility during the black and white conversion stage to make a truly dynamic black and white image.

3/2/2017
Ever look at a photo and feel disappointed that it doesn't convey the original scene? This course reveals how to use Adobe Photoshop to enhance the color, contrast, and sharpness of a photograph to help ensure richness of real life is displayed. Using tools from adjustment layers to filters, discover how to nondestructively transform your photos. The course also covers how to work with raw images and perform special-case adjustments such as color matching and tinting.
Topics include: