Print from RGB, not CMYK 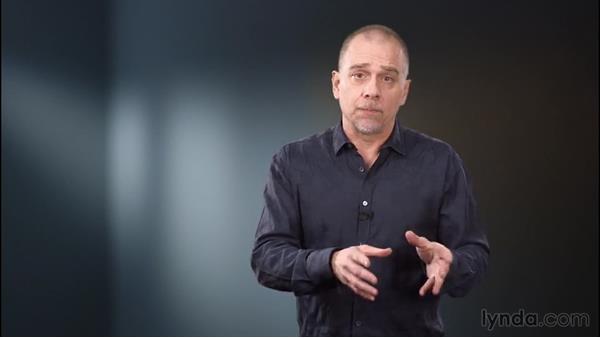 - Generally speaking, there are two ways to print a Photoshop image. The first is to save the image as a flat TIFF file or a layered PSD, and then place that file into a single, or multi-page document, that you create in Adobe Illustrator or InDesign. The other option is to print the image directly from Photoshop, in which case you'll most likely be printing to a local printer, meaning the printer that's located in the same building that you're in, whether it's your home or office. In this chapter, we're going to do some local printing and by way of example, I'll be using an Epson Stylus Photo R3000.

Now, as you're no doubt aware, technology is in a constant state of flux. Oh wait, did you hear that? That's the sound of something changing. But as I record this, the R3000 is one of the best inkjet printers on the market. It costs less than a thousand bucks, it delivers beautiful results, and it's designed specifically to print photographic images. Now, there are literally thousands of printer models out there, and every printer comes with different driver software. Which means that, you're going to encounter different options and different settings than I'm about to show you.

But while your experience is bound to be different, the basic approach is the same. So I'm going to give you two bits of advice right upfront. First, there's a common misconception that before you print an image, you need to convert it to CMYK. In case this acronym is unfamiliar to you, CMYK stands for the four process color inks used in commercial printing. Cyan, Magenta, Yellow, and the key color, Black. But that misconception, it's not just wrong, it's dead wrong. CMYK is useful in one and only one scenario: when sending out an image for commercial reproduction.

But if your plan is to print your image to a local inkjet device, then converting that image to CMYK is about the most destructive modification you can make. Consider my Epson R3000. It offers nine inks. One yellow, two shades of magenta, two shades of cyan and four shades of black. Now it only uses three of those four black inks at a time, but still, that's eight inks for every image, twice what you get with CMYK. Which means that the R3000, not to mention just about any other inkjet printer you might use, is capable of rendering about a few hundred, if not a few thousand times as many colors as you can convey with CMYK.

Which is why every printer driver released since the late 1990s, is specifically designed to print directly from RGB. Second, your everyday, average modern LCD screen is too bright. Even the brightest paper, the kind that's been bleached and processed to the point that you can't possibly recycle it, doesn't hold a candle to a backlit screen. And meanwhile, as ink absorbs into the paper, it spreads and the more ink you use, of course the darker the image becomes. So giving your images a little bit of a brightness boost before you print them, is often a good idea.

Now again, your screen, your printer, your system, they're all different than mine. But even so, I think the following movies will help you achieve the best possible results.

8/14/2015
Learn everything you need to know about Photoshop, in the order you need to know it, in this top-to-bottom overview of the world's most powerful image editing software, Adobe Photoshop. With all new movies and all new exercise files, Deke McClelland's flagship One-on-One series is completely refreshed for Photoshop CC 2015. In this Fundamentals installment, the first of three, Deke takes you on a personalized tour of the basic tools and techniques that lie behind great images and graphic design, while keeping you up to speed with the newest features offered in Creative Cloud.

Learn to open images from multiple sources, crop and straighten images, navigate panels and menus, and work with layers—the feature that allows you to mask parts of an image, combine effects, and composite artwork. Deke shows you how to perform important editing tasks, adjusting brightness and contrast, correcting color, and retouching and healing portraits. He also reviews formatting text, printing, and preparing web graphics in Photoshop.

Check back every time Photoshop updates for new movies, new feature reviews, and new ways to work.
Topics include:

Video: Print from RGB, not CMYK