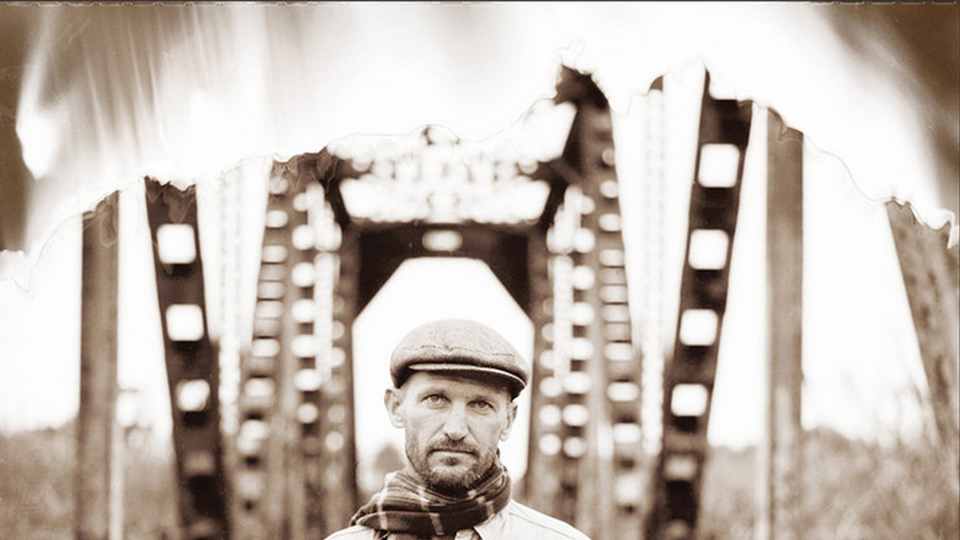 7/8/2015
On the eve of Photoshop's 25th anniversary, we asked early adopters and pioneering artists to tell us their Photoshop stories. Here photographer Chris Orwig explains his relationship to Photoshop and photography: from a second chance after a painful accident to a practice that renews and challenges him every day. Chris also explains his "less is more" approach to photo editing, which lets the tool fade into the background and the story shine through.

(upbeat music) - My name is Chris Orwig, and I'm a photographer, I'm an author and a teacher, that's what I do, but who I am is someone who is really passionate about life, and feel like I've been given a second chance in life. For me, it all started when I was in a lot of pain, I got hit by a car in a skateboard, all the is chronic pain and issue, my Dad gave me a camera, and when I held the camera up to my eye, all of a sudden, the pain dissapated, and I was like, wow the camera, this can thing can help me capture, and savor life in a really unique way, and from that point on, it was really full force.

As I'm thinking about photographing someone, first and foremost, I say it's not about the photograph. Which, for a while, I had a hard time with, 'cause I'm like, I'm a photographer, but here I am saying it's not about the photograph, but what I realize is that was sort of my secret, so to speak, that's my secret sauce, that if I'm gonna photograph you, or whatever, I'm gonna say, I want to connect with you first and foremost, I really, really want to get a picture, but I might not. What I'm looking to do is to have these photographs that show the person, not just the idea of the person.

I think photography is more autobiographical than anything, and to try to get to that deep, or that inner idea of what makes someone beautiful, or strong, you know, where you don't really know, but you might know, those are always the stories that are most interesting to me, and they leave some openness to it. The trick with Photoshop for me is always been this, that once you notice the Photoshop work, you've kinda defeated the purpose. The trick is to say, well how do you use those things to express, and to convey ideas that don't overpower the images, that more almost listen to the image a little bit, and say, well hey, what are you trying to say, and how can I help you say that.

I think one of the downfalls of digital photography is that we have images, we open them up, and say, what's wrong? People often think about Photoshop as this fix-it tool that can, you know, shoot something and not worry about it, 'cause they can just fix it later, but I think that's completely wrong, because what that gets us into this idea that the problem, that there's a problem in the photograph, and that our job is to fix it, versus a photograph is something to kind of enjoy and appreciate, and sometimes the flaw or the mistake in the photograph is the best thing about it, and my hope, with all of my work, is to get really, really good at Photoshop, so that it fades into the background, and I think it's the same way someone crafts language when they write, you know, they're not trying to say like, wow, you have good vocabulary.

You know, you want to read Hemingway, and just be so taken by the story, and the grit, and the strength of it, and the same thing then if it's an image, which I want grit and strength, I'm thinking of that, I'm within this space, you know there's a great mountaineer, Yvon Chouinard, who once said, "you don't climb a mountain to get "to the top, you climb a mountain to be changed," and I believe that wholeheartedly. I think photography, more than anything, is a means to be changed, to be challenged, to be renewed, and pictures aren't trophies, for their more journal entries, and all the post-production work that I use in so I can be a guru in Photoshop, no it's so that I can grow, and I am so grateful that photography has been that for me.

In a way, it's been my salvation.