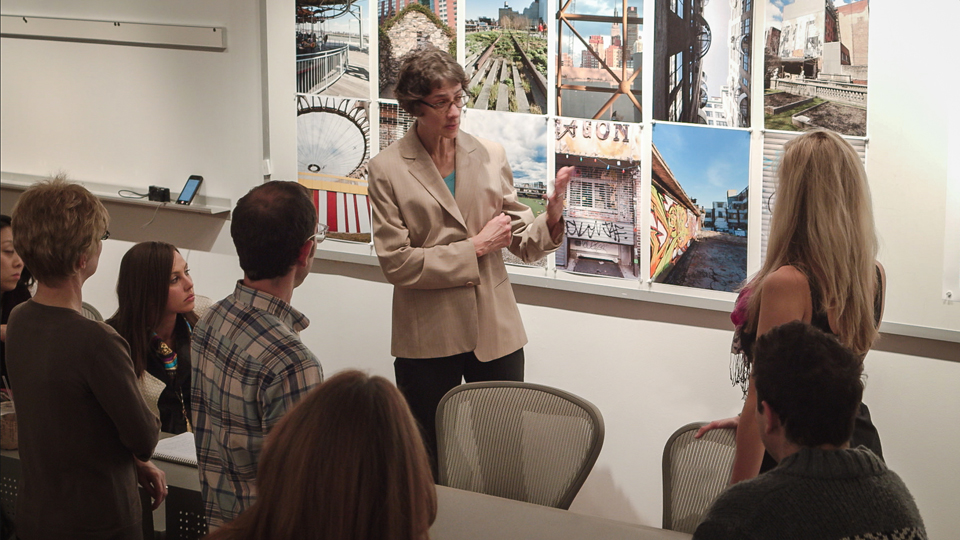 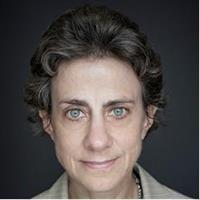 7/22/2015
On the eve of Photoshop's 25th anniversary, we asked early adopters and pioneering artists to tell us their Photoshop stories. Katrin Eismann, teacher at the School of Visual Arts in NYC, started working with Photoshop in 1989—before layers, before paths, before editable type. She shares some of her intoxicating early experiments with the tool and explains how she adapted her gonzo learning path into a career teaching the next generation of photographers and digital artists.

(electronic music) A lot of photographers are loners, and we're hunters and scavengers looking for photos, looking for props. Being a teacher is the exact opposite. You're with people, you're discovering, you're learning, you're sharing, you're exploring and so it's a perfect balance of some solitude time and then also coming together and sharing and learning. My name is Katrine Eisman, presently I'm the chair of the Masters of Digital Photography Program at the School of Visual Arts in New York City.

When I started at RIT digital was still in the distance. I still remember very clearly one night I left the color dark room and I'm walking down the hall and there's literally a glow coming out of a lab and it was this very small electronic still photography lab that Doug Ray had set up and the students in there were working on color images and were doing what I had been doing in the dark room, but they were sitting in chairs, they were sharing, they could see what they were doing and I, it literally drew me in sort of like a moth to a flame and I was just astounded in terms of what they could do.

We were working with a beta version of Photoshop, if I remember correctly I think it was 0.87 and, you know, it was amazing to be starting out with something like that. We all had to work together and figure out how to do something. (electronic music) One thing I did was I started using the flatbed scanner at school as a camera because the scanner had much better resolution than the early still video cameras.

And so one day I scanned myself, but I would also scan other objects, for example wine glasses, now instead of just scanning the wine glass I would move the glass with the scanner to create interesting distortions, or I put acetate on the scanner and then painted on the scanner. What was interesting about Photoshop before layers was you had to work a lot more conscientiously 'cause you had one chance to put something into place and then you'd move on, you know, so the only way to work non-destructively was to do save as is constantly.

But you know they could be accrued, but I would spend hours doing this, I mean this is literally all I would do, it was intoxicating at the very beginning to sort of try to figure it out. When I fist started, I mean there were no books, no magazines, no user groups, no classes. I would go to the library at the Rochester Institute of Technology and I would look up something like unchart masking and it would literally be a formula like that long which did not help me at all.

And so what I came up with, I came up with this idea of, there's enough books, enough people teaching how to use a tool, I was actually the first person that taught people what they could do with it. And that's what, with my publisher I came up with the idea of writing a restoration and retouching book. One thing that I developed in this book that I use in my classes is I always show the before and the after. Now that's something that's shown a lot in books now, but I was, I think, the first one to do that.

And what that does it gives them a goal versus, I wonder what she's doing, where is she going, I would do it differently and then they're like off in who knows where. A good teacher, it's never about the teacher it's about seeing that light in the student's eyes, seeing that spark, you know, I mean getting in front of the class or getting on stage and showing off, oh, look how great I am and going so quickly that no one can follow you it's not interesting. You know it's about empowering other people.

As an educator, it's very important to do what I teach. If I'm gonna require that my students are visually literate, if they're always looking, if they're practicing, if they're framing, I have to do that too. And I put it out on Facebook, Tumbler, Instagram so they can see it and it's important for them to see that I'm doing what I'm teaching. That I'm making mistakes and now with cell phones and social media, really it's not hard and it should be fun and as an educator you have to be as excited about what you're teaching as you want your students to be.

That excitement and passion and energy is contagious. People are very passionate about photography. I really love helping people discover their vision and explore and express what they're thinking and feeling. I work with a great diversity of students from all around the world. Many different ages and many different interests. And in all honesty, I learn more from them than they learn from me and so I love coming to work, getting up, seeing what they've created, what they're working on.

In all honesty, as a photographer I know that not everything we do or create is going to be perfect, but the process of creating an image is a very valuable thing to do.