Message in a bottle: Create the bottle 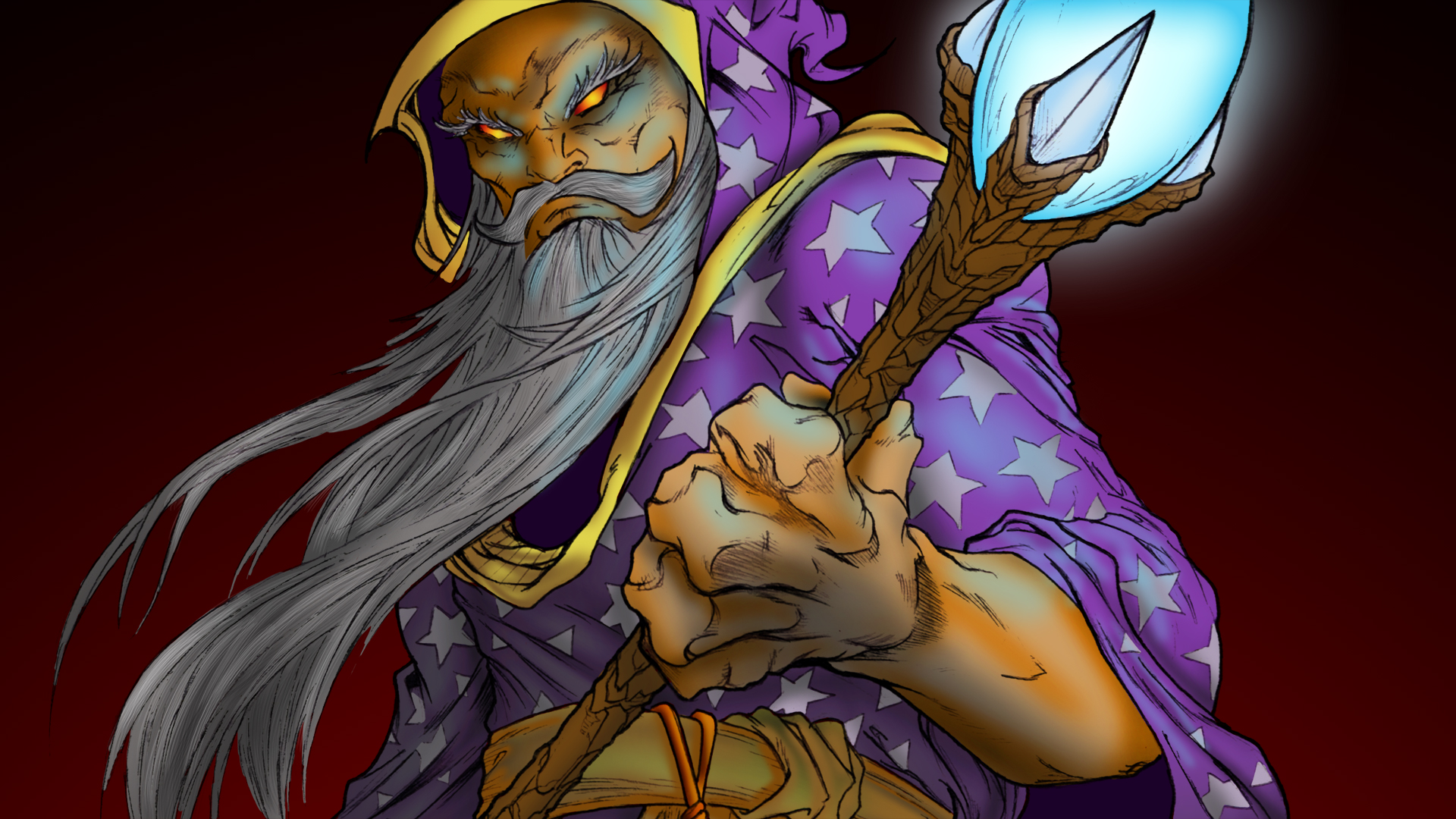 - [Instructor] We've all heard of the message in a bottle. That's what we're gonna do this week. We're gonna create a message in a bottle. The first thing we're gonna do is, I've got this Photoshop file, which I call Message in a bottle, and I'm gonna create a new layer which we'll call Bottle. There we go. So now, get a nice a color that I want my bottle to have. Let's just say this kind of a grayish tone. And I'm gonna go ahead and fill that area with that color. So we fill it, click OK. So now, I come up here to my 3D layer and I say, right here, a New Mesh From Layer, and I have some presets.

And right there at the bottom of that you can see we have a Wine Bottle. So I click on that and it asks me if I want to switch to a 3D workspace, no. I already have the two panels that I need right there so I don't want to move all my panels around. So I say no, okay. And there's my bottle. Right off the bat. So what I can do is come over here and I look at my 3D panel and there we can see we have the different elements to it. There's the wine bottle. I'm gonna turn off the label. We don't need the label and we don't need the cap. All we want is the bottle itself. See, there it is.

So what I'm going to do is I'm gonna go in here and modify this a little bit. So I'm gonna click on it which brings up this little control here which has a center box. Let's rotate this guy just a little bit so we can see the three axes, the x, y, and z. So now, you have the same three panels in all three. Like this one here will move it up and down, see, in that space. This one, right here, makes it bigger or smaller. This one rotates it.

Now remember that one a second ago that makes it bigger and smaller? Well, this one will do the same thing but only on a particular axis. This does it to the entire bottle, as you can see, but I want my bottle to be a little squattier so what I'm gonna do is right here on the vertical, which is the y axis, I'm gonna click on that and then drag it down. See that my bottle is getting squattier? See? So it's no longer a wine bottle, it's like a perfume bottle or something, but we're just about that long, that's what we want right there. That's looking good. So, we have our bottle. So we can go in here and say the scene and see all the different parts of it and so on, there's a whole bunch of classes on 3D, but right now we're gonna go and do the message.

So, I'm gonna turn off the eye for the bottle for right now and I'm gonna click a new layer. And in this layer I'm gonna pick a color that I want my scroll inside the bottle to have. So I'm gonna go in here and pick a nice kind of a beigey color, say more warmer, and about like that. Click OK. I get my paintbrush, make sure it's solid. There we go, it's hard. And I make sure that the stroke is, got no spacing, one percent, so it's gonna be a nice hard line. So I go in there and I just draw a little shape like this.

There, that's it, that's gonna be my rolled up scroll inside the bottle. So with that little shape I'm gonna go in here and call it the Scroll. You can call it the message, or whatever. In fact, let's do that, 'cause that's what we're calling this, right? So we'll call it Message. There it is. So now, I go back up to that 3D again and this time I say 3D Extrusion From Selected Layer. Click on that. No, don't change my workspace. And there's my little object, see? We can move it down here so we can see it.

So we can rotate it, and make it longer, like that. And maybe we can rotate it just a little bit right here on this axis, let's rotate it around and we'll just kind of bring it around on this axis right here. And let's rotate it this way. Here we go. Give it a little bit of a rotation. In fact, let's give it a lot more so we can kind of see that, that opening on the side there. Okay. Actually we'll do it, yeah, that's good. Just like that.

And maybe a little bit more rotation but we'll do that after it's in the bottle. So now, now that it's there, I'm gonna go over here to the Message Extrusion Material. That's the material there. There's different parts of this object. We're gonna say the Extrusion Material and click on that. So when I go to Properties it's gonna reflect those particular attributes of that object. So I come over here to my Diffuse and I go in there and say Edit the Texture. Now, when you first come into this, it's going to look like this and it's gonna have this UV overlay. Now that's just showing you the polygons, the shapes that are making up that scroll.

So this is the default. What you do is you go up to the View, and you say Show, Turn Off UV Overlay. So now we don't see that stuff. So now I can take this area and fill it with that color. I can say Fill, click OK. Now, I wan to pull this off the tabs over here so we can see something. See what's gonna happen next. I'm gonna make it a little smaller so we can see stuff. And what happens is I'm gonna save it. I'm gonna Command S. And you see that the scroll automatically took on that color. So now, I'm gonna switch to black, I get my text tool.

And I have it set to Chalk Duster, that's the particular font, right? Now I'm gonna go in here and I'm gonna start to type. So I'm gonna type in help me. And say please. I am lost on an island. Okay, so now, I'm gonna select all that type right there.

It's selected. Let's say we make it a little smaller. Let's bring it down to, let's see what 48's gonna be like. Okay, and actually, I could bring up my character window and do it this way because I'm gonna do a few things to it. So, it's 48, let's make it 48, on 45. Okay, that looks good and, yeah, that's a good size. So, what I'm gonna do with this is I'm gonna take this and I'm gonna rotate it. I'm gonna rotate that shape, rotate it, counter-clockwise, 90 degrees, there it is. And we'll make it smaller.

Command 0, so we can see those hands, there they are. Now bring this down, bring this down. And put them right in here, right there like that. Now, let's pull back and save. Look, there it is, on an island. So we can just move this around wherever we it to be, okay, let's bring it down a little more, about, let's say a little closer to the edge. Save it and there we go. I am lost on an island. Okay, so now we can say close that.

And we saved it so there it is. So now, we're going to look at that message. And we have the bottle so I'm gonna select Turn On the Bottle and select Both. And I'm gonna say Merge the 3D Layers. And there it is. Now, it looks like that message got a little bigger. It is 'cause we kind of made it bigger and had it at a different angle but now they're both together. So what I'm gonna do is I'm gonna go in there and I'm gonna select that bottle itself and make it smaller. Much smaller.

There. He's inside the bottle! Now we can just take the entire object, take all of it. Okay, we come over here to our Scene, there's our Current Scene which as the bottle and the message in it, right? And we can kind of rotate that, see. Any angle that we want. And rotate it about like that. There's our little message in a bottle. So now, one more little rotation, we just kind of rotate it towards us or away from us, just a little like that. Okay, what's going to happen next is I'm going to go and place this into the water.

So next week, or when we come back, we're gonna put this into the water. So now, the last thing I'm gonna do here is I'm gonna go into my 3D engine and say Render. This little guy right here as you'll see a little pop up, it says Render. So when I click on that it's gonna go in there and start to render it. Now this takes a couple of minutes so it's gonna be done by the time we come back next week.

6/7/2013
Take a 10-minute recess and join Bert Monroy in Adobe Photoshop or Illustrator, the playgrounds of digital artists. Bert walks through fun, self-contained projects that test your skills and challenge your imagination. Photoshop and Illustrator programs aren't just image or graphic editors; these programs are sandboxes for creativity and experimentation. Take a spin through a carousel of tools and get reinspired.

Q: Why are some of the 3D menu items grayed out when I try to follow along?

A: The 3D features in Photoshop CC require a computer with at least 512MB VRAM. If your computer doesn't meet this criterion, the 3D menu features will be greyed out.

Video: Message in a bottle: Create the bottle