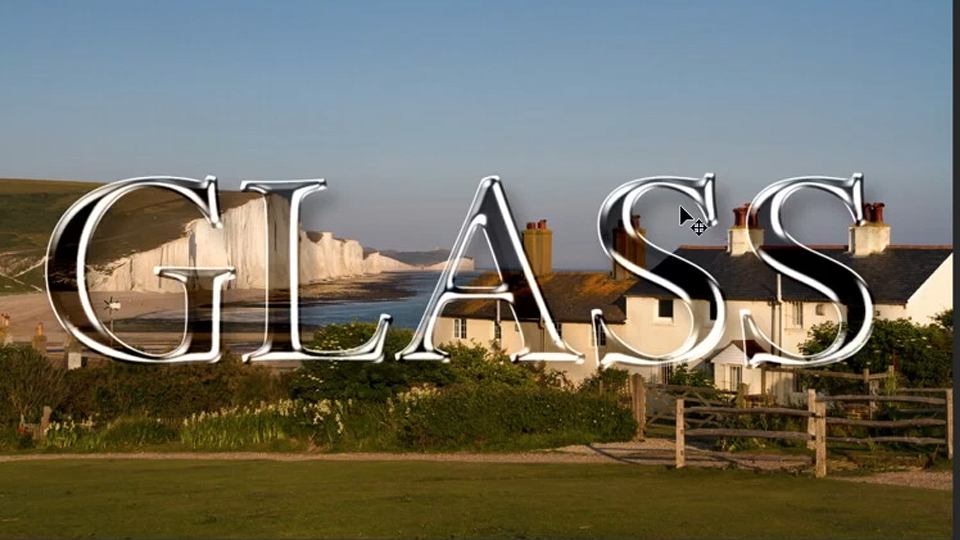 Join Nigel French for an in-depth discussion in this video Knockout effects, part of Photoshop for Designers: Layer Effects.

- In this course, we've already used several of the advanced blending options. If I come to my Layer Style dialog box, we've already seen how useful it can be in certain contexts to reduce the Fill Opacity to zero, so that all we see is the opacity of the effects themselves. And we've also used Transparency Shapes Layer and we've also used Layer Mask Hides Effects. In this chapter, i want to look at some of the other advanced blending options, beginning in this movie with the Knockout.

Now my example here uses a Shallow Knockout. Let's see how this is achieved. I'll come to the beginning file. Firstly, in order for the Knockout to work, the layer that's doing the knocking out, in this case, the type, and the layer that is being knocked through, in this case, the white rectangle, need to be in the same group. So I'll select both of those, Command- or Control-G to add them to a group. I'll then expand that group, come to the type layer, double-click to the right of its name, and I'm going to take the Fill Opacity down to zero and then change the Knockout from None to Shallow.

So, what's the difference between a Shallow Knockout and a Deep Knockout? If I change this from Shallow to Deep, you can see that it knocks through to transparency. Actually, a Deep Knockout knocks out to the background layer. In this image, there is no background layer. So in order to make a Deep Knockout, I'm going to just make a few adjustments. I'll come to the bottom-most layer in my layer stack, and above that, add a layer of solid color.

I'm going to have that be black, and then I'm going to change the opacity of that layer to 80%. Now I'll come to the bottom-most layer, the image layer, and from the Layer menu, choose New, Background from Layer. And now the Deep Knockout works, knocking all the way through to the background layer.

12/18/2015
In this installment of Photoshop for Designers, Nigel French shows how to use nondestructive layer effects to enhance graphic design projects in Photoshop. The techniques combine effects such as Drop Shadow, Inner Glow, Bevel and Emboss, and Pattern Overlay with blending modes, filters, masks, and Smart Objects. Nigel also shows how to adjust your results by scaling, moving, and duplicating the effects. The concepts are demonstrated on various type treatments, but with these techniques, designers can emboss, highlight, bevel, and extrude lettering, logos, shapes, and even images.
Topics include: