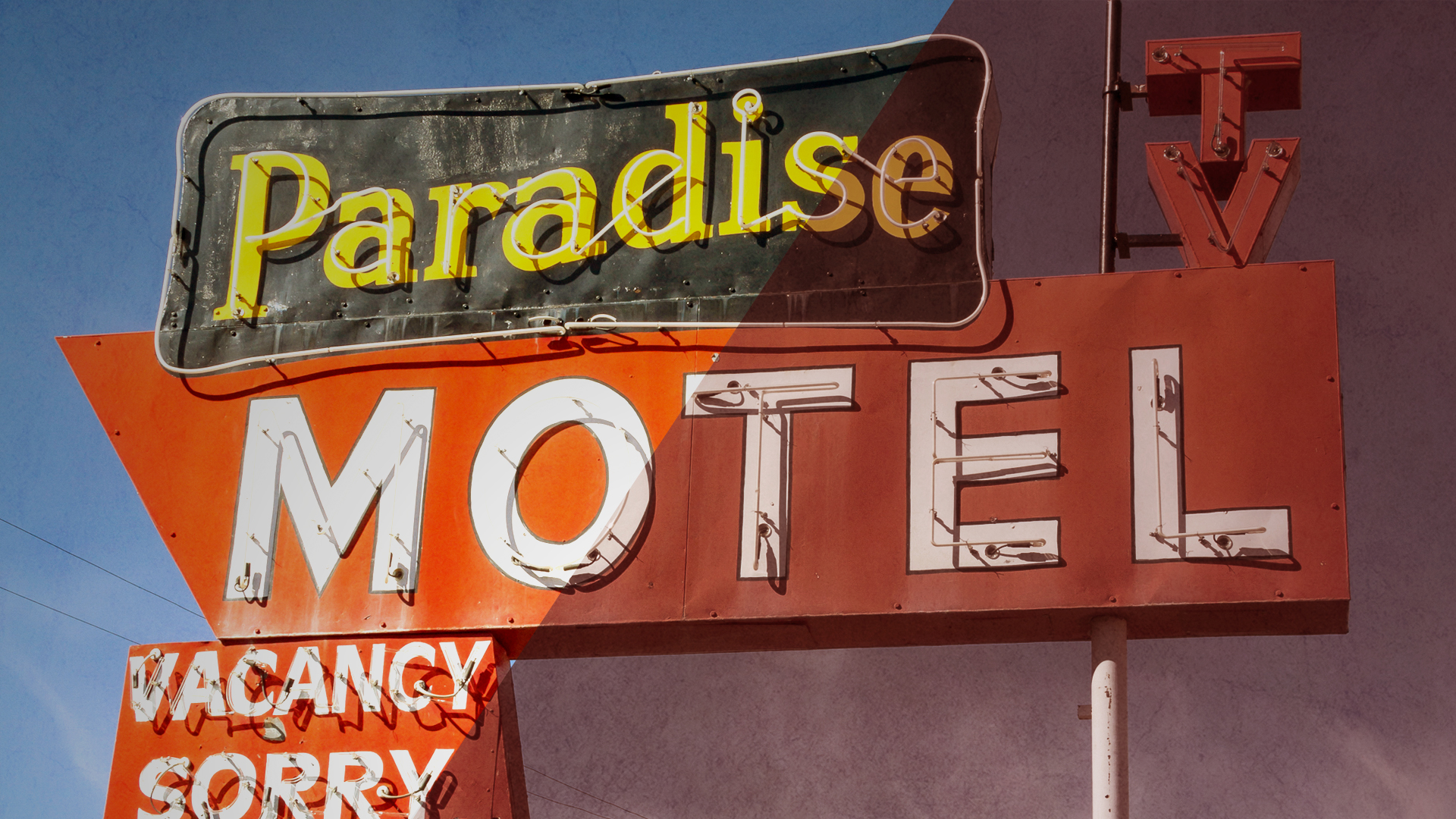 This video provides techniques for creating an infrared look.

- [Instructor] The infrared color spectrum makes greens and yellows appear snowy white, so to take advantage of this, we want to work with an image that has prominent greens, and skies with big, puffy, Simpsons-like clouds also work really well. The result isn't as good as shooting with a camera adapted to take infrared pictures, but the simulation is a pretty good one. Photoshop offers two infrared presets. The first is in the channel mixer.

Let me just turn that off. And then the second is in the black and white adjustment layer. And I prefer this one. It's just so much more dramatic. So this is the one that I'm going to go with. I do just want to make some adjustments here, because while I like my trees to have this otherworldly feel to them, there are too many hotspots, so I am going to need to just tighten these a little bit, and I'm going to do that by adding, above the background layer, a hue saturation layer.

And I'll get my targeted adjustment, and I'm going to target those colors, which are going to be the yellows, and I'm going to desaturate them. And I'm going to bring them back so that they're not so hot anymore. But now we've lost some of that otherworldly quality I initially achieved with the black and white adjustment layer. So I want to now just use this as a mask and paint it in where it's required, so I'm going to click on the layer mask of hue saturation.

Black is currently my background color, so I will (static interrupts) or control + backspace to fill that adjustment layer with black and press B to access my brush tool, making sure I'm working (static interrupts) soft-edge brush. I am now going to put my opacity at about 50% and paint in white over those areas that are just appearing a little bit too hot and the foreground here is definitely a case in point.

And I think I'm going to set my opacity to 100% to bring the foreground back. So we are being selective about what parts of the image become really bright and what parts are restored to a more conventional black and white look. So in addition to that, I also would like to return to the black and white adjustment layer, and get my targeted adjustment tool. I'd like to make the blue, or what was formerly the blue of the sky, even darker, so I'm going to drag that to the left to darken the sky, and I'm also going to apply a very subtle tint to it.

I'll click on the tint checkbox, and come to the color picker and change the color of that tint. So there is my infrared effect, derived from this color photo.

2/7/2017
In this installment of Photoshop for Designers, Nigel French shows you how to correct, manage, edit, and change color. The course looks at concepts such as the color wheel and color harmonies as well as the practicalities of using the Color Picker, leveraging the power of color channels, and the characteristics of different color modes in Photoshop. The course includes instruction on correcting color, enhancing color, shifting and replacing colors, working with spot color, and more.
Topics include: