Gear that I used: The SeaLife DC1400 and the GoPro HERO4 Black 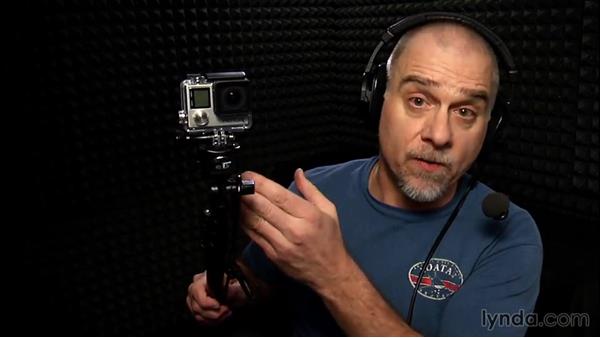 - As I mentioned up front, where the gear is concerned, the real star of this show is Photoshop. In contrast the two cameras I used were fairly conventional. Even so, I figured it may help you when planning your underwater adventures to know what I was working with. This here is a Sealife DC1400 with an optional Sea Dragon Strobe and wide angle lens, which can be had for about a thousand bucks. It captures 14 million pixels and automatically compensates for the blueness of the ocean.

But it saves JPEGs, there is no RAW, and it auto-sharpens every photo. And while this may look like a pretty hefty device, the actual camera itself is relatively tiny. So when you're on dry land you can slip it in your pocket and it offers such luxuries as autofocus and zoom. My second camera, and the one I used most, was this GoPro HERO4 Black, mounted on a telescoping pole. A $500 solution that I lovingly call a GoPro on a stick.

It captures 12 megapixel JPEGs, and the HERO4 Black has a fixed lens with no viewfinder which means that you're shooting wide and blind. But it offers a ton of extras including the option to capture sustained movies at 24 frames per second with 8 million pixels per frame, which basically ensures that at least one frame in any movie is going to be a decent shot. And it offers a feature called Protune, which prevents the camera from correcting or sharpening its images.

As a result, the unmodified frames look washed out and blue, but as you'll see that gives us tons of room for improvement in Photoshop and Camera Raw. So if you own a GoPro, be sure to turn Protune on. Now, by all rights, I should have added a red filter and a macro lens, both of which come with this Switchblade 2.0. But, and I have to be honest here, even though I bought this lens, I forgot to pack it. So, if anything, your shots are going to look better than mine.

And mine ended up looking great! So that's what I had. And naturally, if you use different gear, you're going to get different results. Which is why I try to cover as many different scenarios as possible. My sincere hope is that no matter who you are, you'll find lots of practical advice and inspiration in the following movies.

Video: Gear that I used: The SeaLife DC1400 and the GoPro HERO4 Black