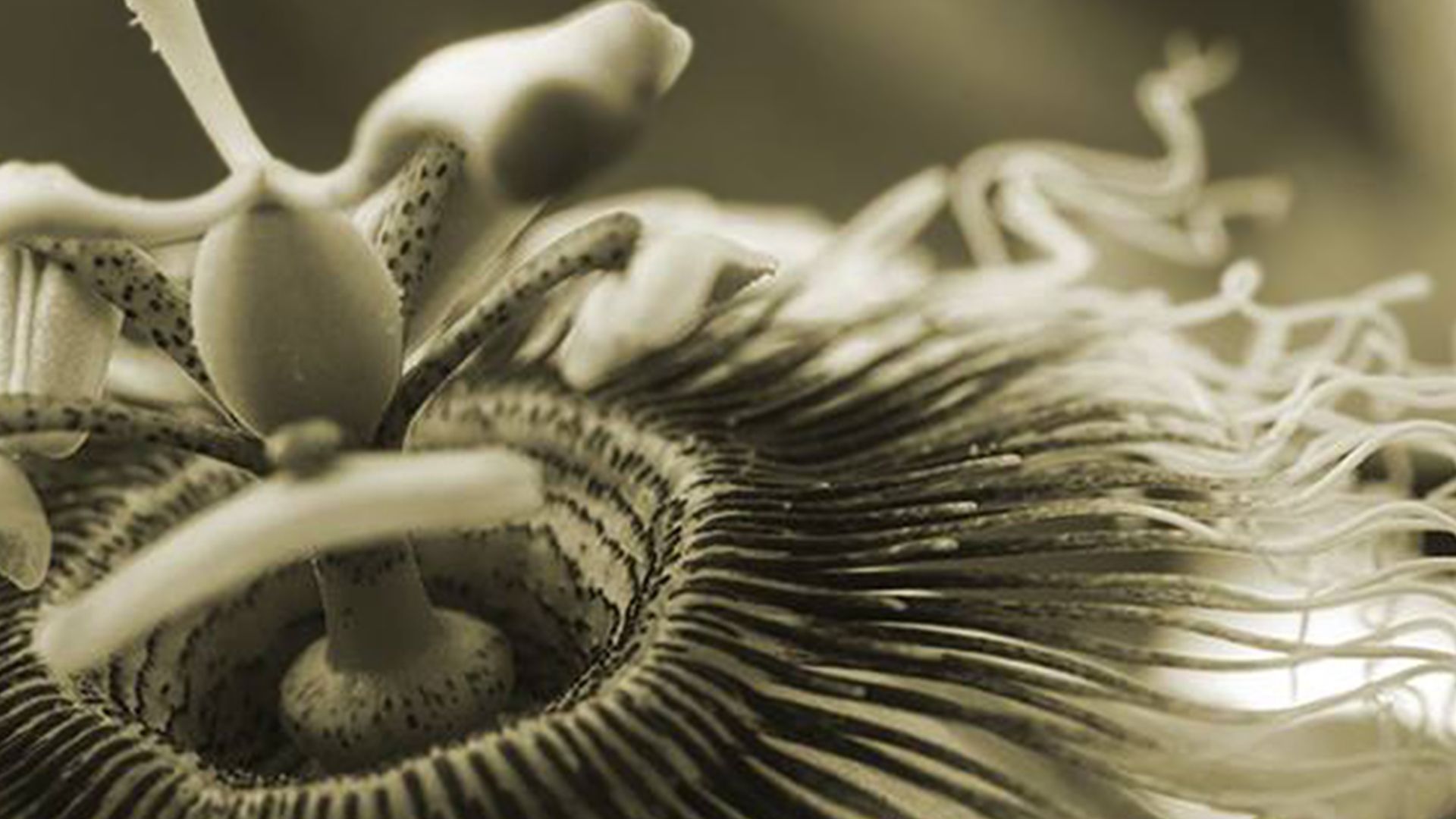 Knowing where to start editing your macro photos can be challenging. A great place to start is to think about editing for focus or where you want the viewer's attention to be.

- [Instructor] When looking through a macro lens, it's so much fun to see all the details in the world that we just can't see otherwise and the next step after capturing an image is bringing it to life, telling our own story about the subject. I want to draw the viewer's attention to the most interesting area of the image. In this image of a rather ferocious looking orchid, I wanted to emphasize that it looks almost as if it might bite my nose as I photograph it. For the edits, I bring to focus the center of the bloom. And to do that, I blurred and darkened the outside edges of the image.

I deepened the shadows and desaturated the image. I boosted the center highlights and I also wasn't afraid to introduce some grain to the image to give it a little grit. This tiny flower is about the size of two thumbnails and I wanted to emphasize the intricacies of the filaments that make up the stamen as well as the bright yellow tips of the anthers and this gelatinous weird looking green shape of the stigma at the top of the pistil. I also wanted to pull out the dewdrops on the petals which is currently getting a little lost. So to draw the viewer's attention to the flower, I darkened all around the flower.

I desaturated the greens a lot and the purples and the yellows a bit. And I increased the clarity here to bring out the details and the texture of the petals and the dew. I also went in and worked on the stigma to add detail and to increase the saturation of the green. Sometimes you can go a long way to improving an image just by adjusting the crop. In this case after tightening the crop, I moved on making edits that would put the emphasis on the amazing lines of the filaments leading here to the petals. I also made it so it's almost a duotone image with pinks and greens and I pushed it a little far.

In this case, I knew I was just going to do these edits to share this image on social media. Now on my monitor, I can almost start to see the beginnings of some bending. I'm not sure if you can see that. But overall, I think these edits do accomplish my goal of emphasizing the amazing shapes that make up this unique bloom. When you look at this teeny bloom through a macro lens, it has the most amazing stripes on the purple filaments. But with the photo in its current state, it looks pretty blah. The composition is okay, but there isn't much about this image that draws you in.

So for the edits, I wanted to push in and increase the contrast. Through cropping, adjusting the vibrancy and contrast, I edited the image so you can really see those details. This is a New Guinea Impatiens and during the blooming process, the stamen become fuzzy. I took this picture in the morning and in the shade, but wow the colors are really intense. So my goal with the edits here is to bring focus to the details of the fuzzy stamen, the dew, and bring out the texture of the petals. And I also wanted to fix this tear here.

So I pushed this image pretty far with the edits. It has some hot highlights. It has some very light bokeh effects here in the upper right. And I like that you can really see the texture of the petal and the dew. And this image of a lavender bloom, I like the angle of the subject, but the image isn't eye catching at this stage. So for the edits, I bumped up the contrast, I darkened the background so that it recedes, and that puts the focus on the lavender. The combination of giving the image this purplely blue color cast, adding green, adding a frame, all of those things play a part in putting the focus right on the bloom where I want it.

This is a really neat ice plant bloom and the bloom itself was back lit as the sun set. It almost looked like it was glowing and that got lost in this capture. But through the magic of post processing, I can communicate how that flower was glowing. So there are lots of different ways that you can edit images so you can put the emphasis where you want it and you can bring your own take on what you see through the macro lens and really make the pictures your own. Let's walk through some of the processes used to edit these photos so that you can apply some of these same techniques to your own images. 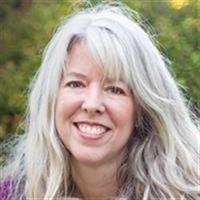 1/17/2018
Flowers have a universal appeal. They are regularly used in media and advertising to convey feelings of warmth and health. Macro photography offers a unique perspective of flowers: a close look at amazing details we just can't see with the naked eye. By digitally enhancing macro photos, you can amplify your message, creating images that tell a story—whether it's selling a product, illustrating a presentation, or simply delighting the viewer. Join photographer Susan Varnum, as she explains how she edits macro images of flowers using Photoshop, Lightroom, Snapseed, and Instagram. Her techniques put a focus on the creative process rather than getting too deep into the technical details.

First, brush up your botanical vocabulary. Then learn how to take your raw photos and start editing them into something more. Find out how to build texture, enhance color and tone, and direct focus to draw viewers into the areas you want to highlight. Susan switches between different apps on desktop and mobile, to show the strengths of each tool. Follow along to find the workflow that works best for you and your photographic style.
Topics include: