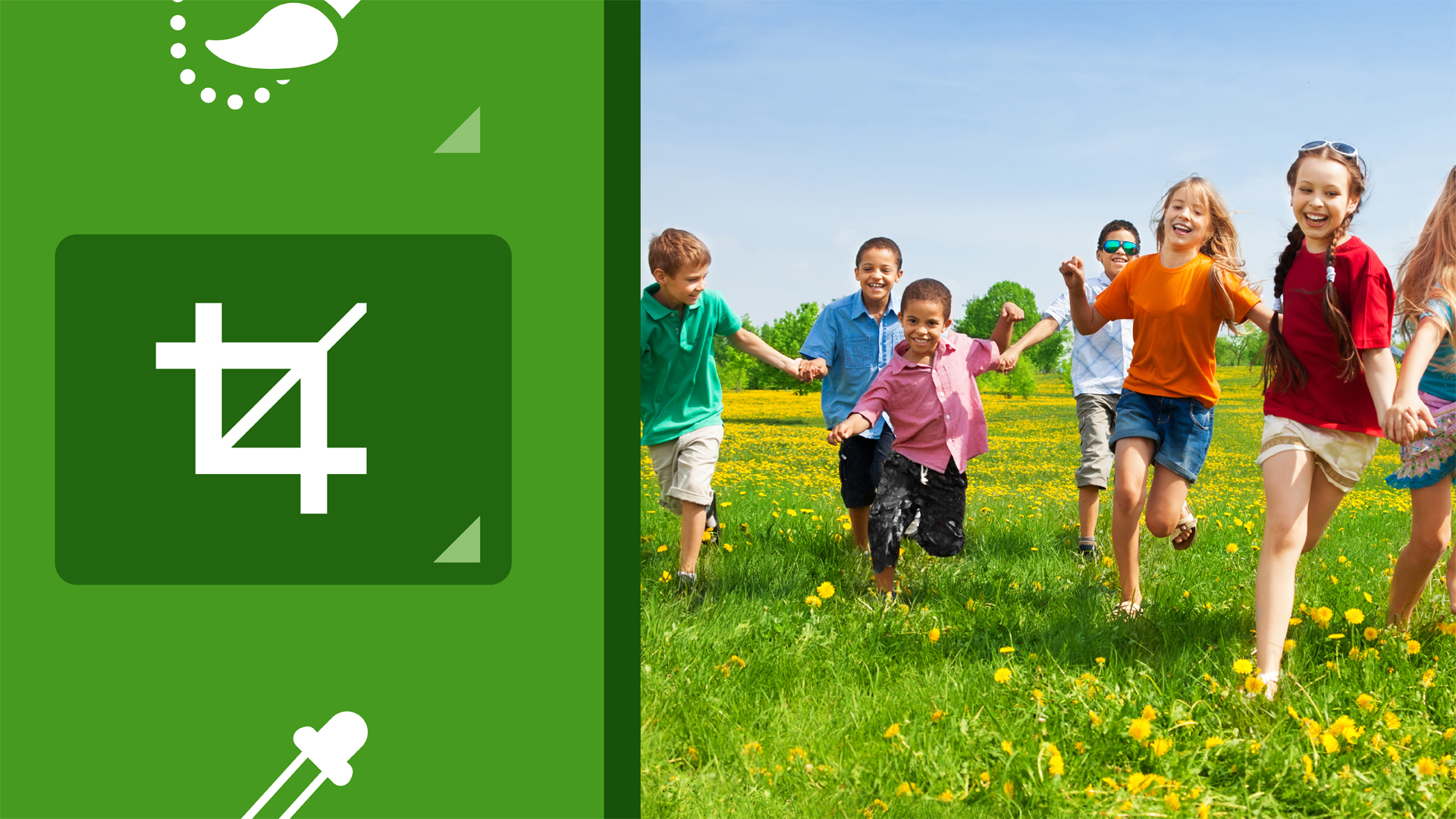 - [Instructor] In this movie we'll create this text inside this circle and we'll also add this stressed cancellation effect. I'll go ahead and switch over to my documents so far and I'll press the t key to switch to the type tool. Now notice the position of my text cursor onscreen here. If you want to create a new text layer, then you want that cursor to appear as an I-beam surrounded by a dotted square. But notice if I move my cursor into the circle it appears as an I-beam by itself. And what that means is you're going to edit an existing text layer.

And so notice if I click in my case I position the blinking insertion marker between the F and the R and I select the type layer here inside the layers panel. Which means if I enter some text then it's going to appear on that text layer which is not at all what I want. So I'll go ahead and press the escape key in order to accept that unfortunate edit and then I press control z or command z on a Mac to undo that change. If what you really want to do is create a new text layer but all you're seeing is the I-beam cursor by itself then press and hold the shift key and that will get you that dotted square at which point I will go ahead and click and now, as you can see, I'm creating a new type layer here inside the layers panel.

And so I'll just go ahead and enter my text which is 2036 and then I'll press the escape key in order to accept that change. Now I'll go ahead and press the control key or the command key on the Mac to get my move tool on the fly and I'll drag that text to a new location. But notice what just happened. I moved the wrong text layer. So even though I had the 2036 layer selected here inside the layers panel just a moment ago, I went and moved this missives from layer instead. And it could have been anything else by the way.

If I had pressed the control key or the command key on the Mac and dragged way out here I would end up moving the fish layer instead and that's because auto select is turned on by default for the move tool. And so what that means is I want to undo those changes, of course, and then switch to the move tool which I can get by pressing the v key and then go ahead and turn the auto select check box off then select the layer that I want to move here inside the layers panel which is 2036 and now you can drag anywhere you want in order to move it to the correct location.

And so if ever you're trying to move a layer on the fly by control or command dragging and you end up moving the wrong layer, the culprit is this auto select check box. Alright now I'm going to adjust some formatting attributes by switching back to the type tool which I can do by pressing the t key and then I'll go up here to the options bar and I'll change the style from bold to bold condensed if I can find it in this big list. Depending on your system you may see fewer options but bold condensed is what we're looking for. And then I'll crank the type size value up to 32 points.

And now I'll bring up the character panel by clicking on this panel icon up here in the options bar and finally I'll change this tracking value to 0 and I'll press the enter key or the return key on the Mac to accept that change. Alright now we want to center the text inside this circle and you do that by loading the circle as a selection outline which you can do by pressing the control key or the command key on a Mac and clicking on the thumbnail for this circle layer. So notice when the control or command key is down, we're seeing a pointing finger with a dotted outline.

So just go ahead and click and that will load that selection outline like so. And note by the way that you don't want to control click or command click off the thumbnail because that will go ahead and add that layer to the selection. That's not what I want so I'll control or command click in this region again. Next make sure that the 2036 layer is selected all by itself and then switch back to the move tool by pressing the v key and click on each one of the align center icons. So I'll click on this second align vertical centers icon first and then this fifth align horizontal centers icon second and I'll exactly center that text into place.

Alright now go ahead and press control d or command d on the Mac in order to deselect the image. And now what we want to do is select these four layers here all the way down to the circle layer and put them inside of a group. And to make that happen I will shift click on the circle layer like so and that goes ahead and selects an entire range and then I'll go up to the layers panel fly out menu and I will choose new group from layers and I'll go ahead and call this layer cancel. Short for cancellation mark and I'll click okay.

Alright now we want to rotate these layers slightly and as you may recall a rotation is considered a variety of transformation in Photoshop and so I'll go up to the edit menu and choose the free transform command or you can press control t or command t on the Mac and then I'll just go ahead and drag outside the layers to rotate them until my heads-up display reads roughly 20 degrees as it does now. And then I'll press the enter key or the return key on the Mac to accept that change. Alright now we need to turn this layer into a kind of stressed cancellation mark.

Notice here inside the layers panel I have a layer called texture. If I turn it on you can see that it's an extremely rough texture effect with lots of black and white pixels. What I want to do is take this texture layer and clip it inside the cancel group right there and you can make that happen by pressing and holding the alt key or the option key on the Mac and the positioning your cursor over that horizontal line between the texture layer and the cancel group so that you see a square with a down pointing arrow head and then click in order to clip the texture inside the group like so.

Now the problem at this point, notice if I zoom in here, is that we have areas of dark and areas of bright. I want to drop out all the bright pixels so we're just seeing darkness against the layers below. And you can make that happen by selecting the cancel group and then clicking on this item that says pass through in the top left corner of the layers panel and changing it to multiply to produce this effect here. And so you can see those bright pixels have disappeared. And now I'll press the escape key in order to deactivate the blend mode pop up menu here on the PC and then I'll press shift f to switch to the full screen mode and I'll zoom back out so that we can take in the entire composition.

And that folks is how you take a couple of text layers inside of a double stroke circle and turn it into a distressed cancellation mark here inside Photoshop.

2/7/2017
Photographers and graphics designers—including professionals, hobbyists, enthusiasts, and students—use Photoshop to edit and refine their work. In this course, Deke McClelland takes you on a personalized tour of the basic tools and techniques you can use to make great images and graphics. Deke shows you how to open images from multiple sources, crop and straighten images, navigate panels and menus, and customize preferences. He guides you through how to edit images by adjusting brightness and contrast, correcting color, and retouching portraits. He demonstrates how to use layers to mask parts of an image and make composite artwork. He also covers formatting text, printing, preparing web graphics, and more.
Topics include: