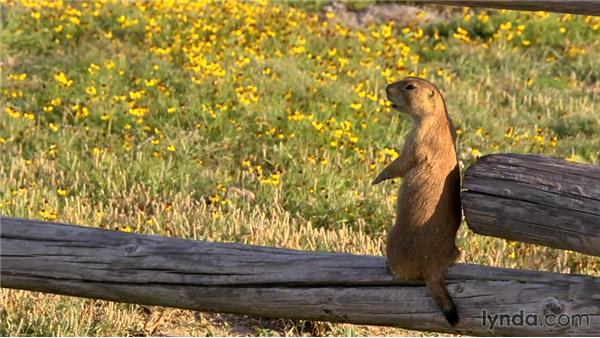 If you're like me, you probably sometimes find yourself frustrated for a photographic subject matter. Maybe because where you live you feel like oh, it's it's all boring. I've seen it too many times. Or you go somewhere new and you shoot something and you go I've taken that picture already. In those cases, you might want to consider going in an entirely different direction. And this week on The Practicing Photographer, I'm going to talk about wildlife photography. If you've never done it before, it might be something you want to try just to get yourself seeing in a different way, even if you think I'm not that interested in that kind of shooting.

It's worth trying anyway because it's a different skill set, or it's a way of working a different part of the skill set you already have. Now, I'm not a big wildlife shooter, I have had the opportunity to shoot in some really great locations. So I have gotten to dabble in it. I'm going to give you just a few tips, if you decide that this is something you want to try. Now, first of all, you might be thinking, where am I going to find wildlife? In the US here, there's a fantastic array of wildlife to be had. In your own backyard, you've probably got a lot of birds that you could shoot. But even moving farther afield than that, there are wildlife preserves all over this country.

I'm here in southwestern Oklahoma near a fantastic wildlife preserve that offers prairie dogs and buffalo and longhorn cattle. So there's probably something near you that would give you a chance to get out and at least work the skill set of a wildlife shooter. Now, gear-wise You're most likely going to want a very long lens. Now if your idea of wildlife shooting is to shoot bugs and insects and things like that, you're into a macro photography realm. But if we're talking in, about going out into a landscape and shooting the large and small animals that live there, you're going to need a longer lens. If you've watched my Specialty Lenses course, then you've had some exposure to what it's like working with a, a very long lens.

And you've seen that long lenses not only give you a longer reach. Which can be important both for keeping you away from an animal, so that you don't disturb it. And so that it doesn't massively devour you. But also, because a longer lens lets you manipulate the relationship between the foreground and the background. And that's a tremendous compositional power. You need that power sometimes to isolate your subject, to bring more focus to that animal that's in the foreground. It's also a way of experimenting with representing the sense of space that the animal is in and that you are shooting in giving the viewer a better idea of the actual environment that you're in.

Once you're out doing, once you're out shooting an animal, it's really just basic photo 101. It's probably most of the stuff you already know. You need to think about depth of field, you need to think about motion stopping power with your shutter speed, you need to understand the relationship between ISO, shutter speed and aperture, and you need good basic composition skills. You're going to want to play with camera position and focal length to control depth of field and space, as I already mentioned. But I'd like to talk about something that's not quite so technical. That hive experience when I've been out shooting. Again, this wildlife preserve in, in Oklahoma, we just passed through it the other day and did a little bit of shooting.

We found a prairie dog town, and if you've never seen prairie dogs in person, all I can say is they're just really cute. I mean it's ridiculous. And we were there and there were lots of baby prairie dogs, and they were wrestling each other and jumping on each other. And you stand there and you're just kind of flabbergasted by it. And your impulse when you're shooting is just wow, this is great! All I gotta do is take a picture of this. And I found myself just sticking cute, little prairie dogs in the middle of the frame and just shooting them. Over and over and I have more prairie dog pictures that I'll ever need now. Just prairie dogs in the middle of the frame.

I was distracted there by my experience of the moment that I was actually having. that experience was distracting me from the photographic work that I should have been doing. Yes, that's really adorable when you're standing there. Just taking a snap shot of it and showing it to somebody else. Particularly in this day and age where we have all seen spectacular wildlife photographs taken by extremely experienced wildlife photographers, you can't compete with that. So, you've got to be careful when you're there. You've got to be sure that you do the work of the photographer. Same situation happens if you find yourself in a somewhat menacing or more dramatic situation as we did later with some buffalo.

The buffalo were just right around our car and it's, and they're huge. They were taller than the car were. It's an inherently dramatic situation and you may find yourself just sticking things in the middle of the frame and shooting. Where it changed for me was with the prairie dogs. I, at some point realized wait a minute I'm not doing the work I'm supposed to be doing. I need to be thinking about how to shoot these animals. And my first thought was I need to get really low on the ground. I need to get down to their level. And even then, how many pictures of prairie dogs do you need where they're sitting up adorably chewing on something? I started to then work about this isn't just about the prairie dogs, it's about the environment that they're in.

There were beautiful wildflowers everywhere. There were buffalo in the distance wallowing in the dust. There were birds flying overhead. I then switch to trying to think more entire realm that I was in, and think more thoughtfully about how to capture that stuff. Same thing with the buffalo. We were on a road we didn't want to get out of the car. And we weren't really shooting buffalo in their natural environment. So I switched over to thinking more about this is moment that I need to document. It's not just about a big buffalo. That's not going to be that interesting to someone. I need to maybe try to think about, there were buffalo here and cars on the road and, and just trying to more thoughtfully record that moment.

This is a practice you need where, wherever you are when you're shooting. You don't want your photography to take you out of the moment. You want to be experiencing things both for yourself and to make your photographs better, but it's really easy to forget that when you're shooting wildlife, because you're so excited that the animal is there. So, if you're stuck, or if you're interested in wildlife photography, I would encourage you to get out and try it. Start in your own backyard. Get yourself a nice long lens. Try working the birds that pass through your backyard. Try working the cats that are in the neighborhood, the dogs that are in the neighborhood. There's probably a wildlife preserve near you that you can get to easily.

And what you're really going to want to focus on there is the thoughtful representation of the environment and the animals that are there, don't get sucked into just the drama and the excitement of the animals. Try to do your job as a photographer, and really work to get those good shots.