Understanding why files look different on depending on device 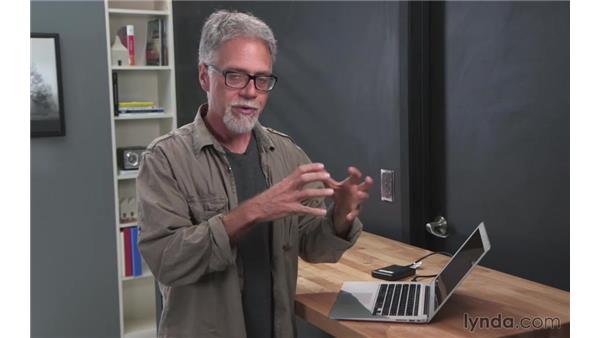 You're probably already familiar with the fact that, an image on one computer screen, doesn't necessarily look like it does on another computer screen. And, I imagine if you've ever printed, you've really encountered how, an image doesn't look the same on the screen, as it does on a piece of paper. If you're a Raw shooter, you might also have encountered that, a Raw file doesn't look the same on the back of your camera as it does on your computer. And even once it's in the computer, it may not look the same as you move from application to application. This week on the Practicing Photographer we're going to take a look at why. Now, you may think oh this has to do with color management or the color settings in my image editor, and that can certainly have something to do with why an image varies in appearance from application to application, but to really understand how to diagnose this problem you need to know something about how Raw files work.

When you shoot JPG in your camera, your camera captures a bunch of raw data. It passes that data on to an onboard computer, where it is converted to a JPG file. That is then saved to the camera's media card and a little small version of it is shown on the back of the screen. When you shoot in Raw, that Raw data is captured and it's just stuck on the, in, in, into the media card, it's not converted in any way. A Raw file does not actually contain any usable image data. It's just a bunch of numbers that don't. Really mean anything in terms of red green and blue values, or pixel values.

It has to go through a lot of processing before that happens. So, when you're shooting a raw file, if that's ultimately all you want to save, the camera doesn't have anything that it can show you on the screen. So it goes through a little conversion process, and builds a tiny little JPG file, and shows that to you on the LCD screen. Now, if you've worked much with Raw files, you know that raw conversion is a really subjective thing. You can make the same Raw file, and make radically different images out of it. So when your camera is doing a Raw conversion, to show you a preview on the screen, it's having to make some decisions.

It's making some aesthetic decisions, if you will. It's of course following a recipe that the cameras engineers came up with, but still it's doing it. To have certain ideas of color, and saturation and so on and so forth. Consequently when you come into your computer with that same Raw file, and hand it say to Light Room, Light Room takes it and does a conversion based on its aesthetics, and its idea of how things work and that might be very different from what your camera engineers thought. That is why the image that you see on the back of your camera, doesn't necessarily look like it does right away in your Raw converter.

If I then take that same file and open it in Aperture, it might look different than what I got in Light Room. That's because Aperture has it's ideas of how a Raw file should be converted. Now, there is another tricky thing about your camera, which is it takes that Raw file, it builds a little JPG and it shows it to you on the screen. And maybe, you look at it, you go, I like the composition but I am wondering about the exposure. So, you switch over and look at the histogram. The histogram, you are looking at, is a histogram of the data in that JPG file. So it might be showing you overexposed highlights or something that aren't necessarily there.

They're there as a result of the way the camera did the JPG conversions. So, in addition to that image not necessarily being the color and contrast that you're going to see when you do your own Raw conversion, the. The histogram that you're seeing may not be accurate what what editing latitude actually exists in the image. You can work around that by doing a little bit of experimentation with your camera. I find that my camera over estimates exposure. It tells me that things are going to clip about a stop before they actually do. So when I see a spike on the right side of the histogram when I'm shooting in Raw format.

I assume assume I've actually got a little more latitude than that. So it's a good idea to understand what your particular Raw converter does when it open a Raw file. I want to show you something here in Adobe Bridge. Just because it's got a really easy way for us to see, it's kind of internal thinking, about Raw conversion. What I'm going to do is drop a folder full of images on Bridge. Right away, it's going to show me a bunch of thumbnails. These are all Raw files, by the way. Those thumbnails are not raw conversions, those thumbnails are the little JPG files that the camera built.

That are embedded in the Raw file. Once it's done doing that, it's going to immediately start calculating its own JPGs, and I'm going to just see those changes march across the screen. I'm also going to see a box change around the image. So I'm dropping this folder onto Bridge. And her we go. See the black box here disappearing. That's the switch between the built in JPG to Bridges generated JPG and that's the JPG that's being generated using Camera Raw. So as I scroll down I can kind of chase it.

I can see. Okay. These files are all camera-generated JPGs. And now, they've just re-rendered to the actual Camera Raw generated JPGs that are going to more match what I see when I open the image in Camera Raw. White Room goes through a similar process. Aperture goes through a similar process. So, it's important for you to learn exactly how your image editor. Handles the JPG preview that's included in your Raw file. You can easily learn about that with just some simple Googling. Any light room book, any aperture book is going to talk about this.

Video: Understanding why files look different on depending on device