Understanding what a professional studio is 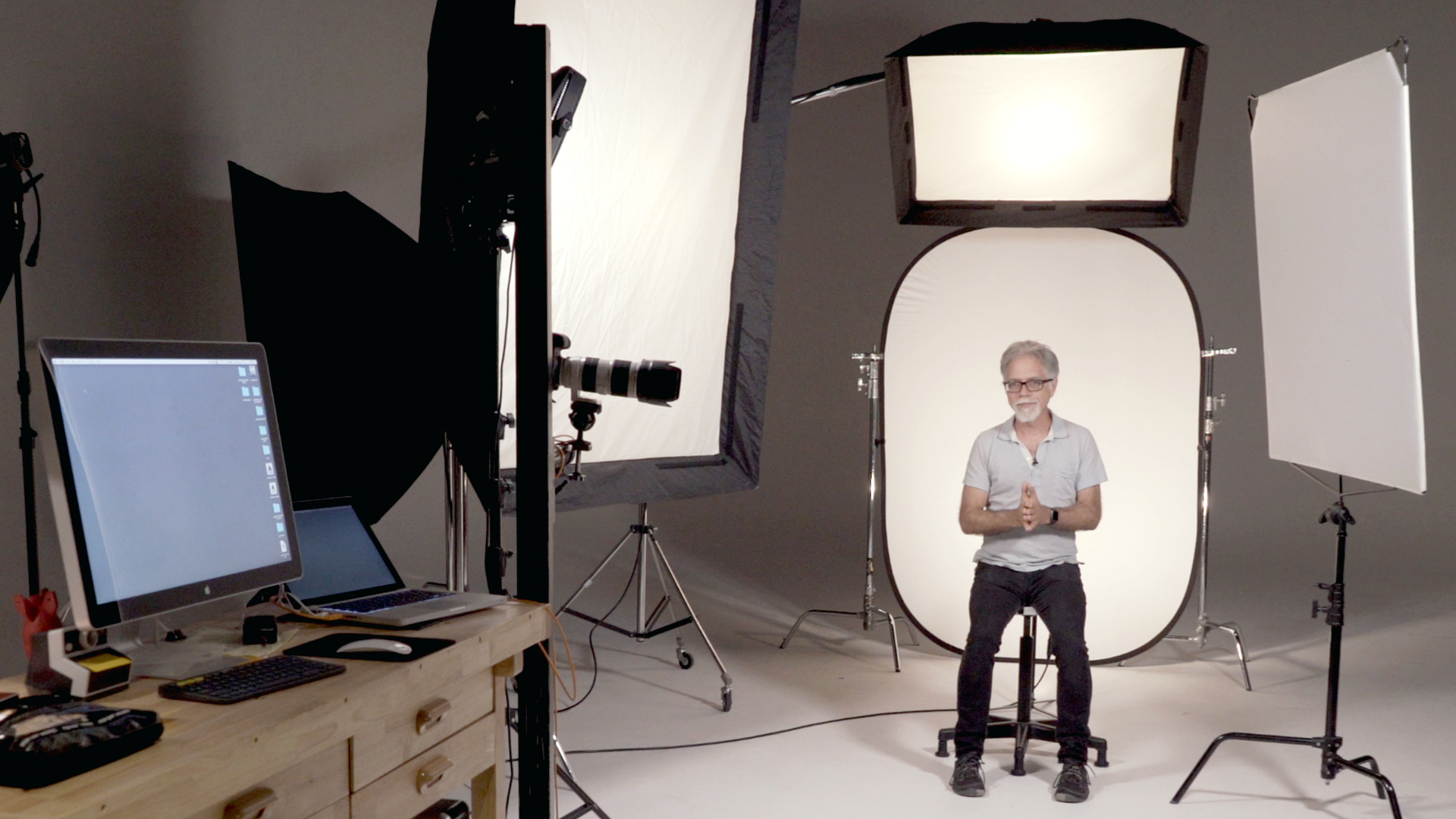 - I'm here now with David McNeese, a commercial photographer, located in Oklahoma City. We're standing outside of David's fantastic studio. A great example of what a photo studio should be. But before we go in and take a look at it, David, I want to talk about a couple of things. First of all, your business. You kind of do everything photographically. - Right, we are a commercial photo studio, which covers executive photos and product photography. It ranges from cars to diamond rings. So we do a little bit of everything.

- So you needed a space able to accommodate everything. - Right, it is a indestructible space is what I like to call it. It's got ... You can't really destroy it. - I really hope you didn't just jinx this by saying that. (laughs) - Well no, you can drive a vehicle in, a forklift in if you need it. We've built full rooms inside the studio, and we've flooded rooms inside the studio. It's really an indestructible space. Yeah. - You plainly put a lot of thought into this space, based on your needs.

While we're out here, I want to talk about your location. You're in, basically an industrial park. - Right. - Why that? - We do have a lot of corporate clients that come, but we do also shoot a lot of industrial products, and parking is one of the issues that we have. Say, if we're in a downtown space, it's hard for people to come and park. Here business folks can run inside. We do executive photos and stuff, they're in and out in half an hour.

- Wow. - And they don't have to worry about parking and walking a block and a half. They pull up right at the front door, walk right inside, they're in and out. And then, as far as products and stuff, it's easy to load, it's easy to unload. We can have trucks that'll sit outside for as long as they need to sit outside. - 'Cause you might be unloading a good quantity of stuff. - Right, or they can leave stuff here. They can leave a truck here or a trailer here that's filled with product, and they can leave it here for two or three days, and then come and pick it up when we're done.

So, as far as that stuff goes, makes it easy for storage and delivery. - So it's good to be in a place that's actually build for industrial usage. You're an industrial business. - Right. - This was not your first studio. You had a photo business going before you build this. You decided to do this. How do you even start budgeting for something like this? - So they way that I budgeted for the studio, was we look at maybe past five or six years worth of work, and then average our cells, I guess, and then you forecast out.

You're growing, or you've had this much growth. It is like buying a house. So you put a certain amount of your income towards your house, the same thing with the studio. We just budgeted out to build this space, to get the space we needed. I know a lot of folks end up having to rent space. And they have to go in and remodel the space. But we were lucky enough to build from the ground up.

- So did you want to build from the ground up, or did you decide, you looked at other spaces where available, and decided it was just best to start from scratch? - As a photographer, at the end of the day I don't have a retirement plan. My business is me and my assets here. After renting space for 10 years, or 15 years, or whatever it is, I decided I needed to, it's more of an investment.

That's the reason I decided to build a space. Was more as an investment, so when I'm done I can sell it and at least get the equity out of it, instead of paying rent. And there's pros and cons to both sides, but for me personally, this is a easy way to save money, I guess. It's a way for me to put towards my retirement. - When you were choosing this site, were you worried about, or were you considering things like sound or noise? Because you do video also, you built this as a video studio. Were there any external considerations that you were making when you were? - I should have put more into it, honestly.

But to do the type of work I'm doing, which is, little interviews here and there, and maybe a television spot here and there, it works great. - And you can work around the problems. - Right, so for me to actually build a sound stage, it wasn't feasible. - Wasn't worth it. - Yeah. - It's a great space, let's go inside and take a look. - All right, let's do it.

8/28/2017
You can accomplish a lot of photographic goals without needing a photo studio. But for many types of shooting, a studio is essential. Fortunately, building one doesn't have to be expensive. In this course, photographer and educator Ben Long details two scenarios for building an in-house photo studio. In the first scenario, he explores a professional studio. Ben explains how the business of a photography studio works, what you'll need to consider when designing and outfitting a studio space, and what you can do to ease day-to-day use. In the second scenario, he shows how to turn a "found" space into a temporary studio. In this case, he takes over a conference room to shoot a collection of headshots and products. For each scenario, Ben details the gear you'll want—from lighting to backdrops—as well as all the other technical and practical concerns that go into creating a studio.
Topics include:

Video: Understanding what a professional studio is