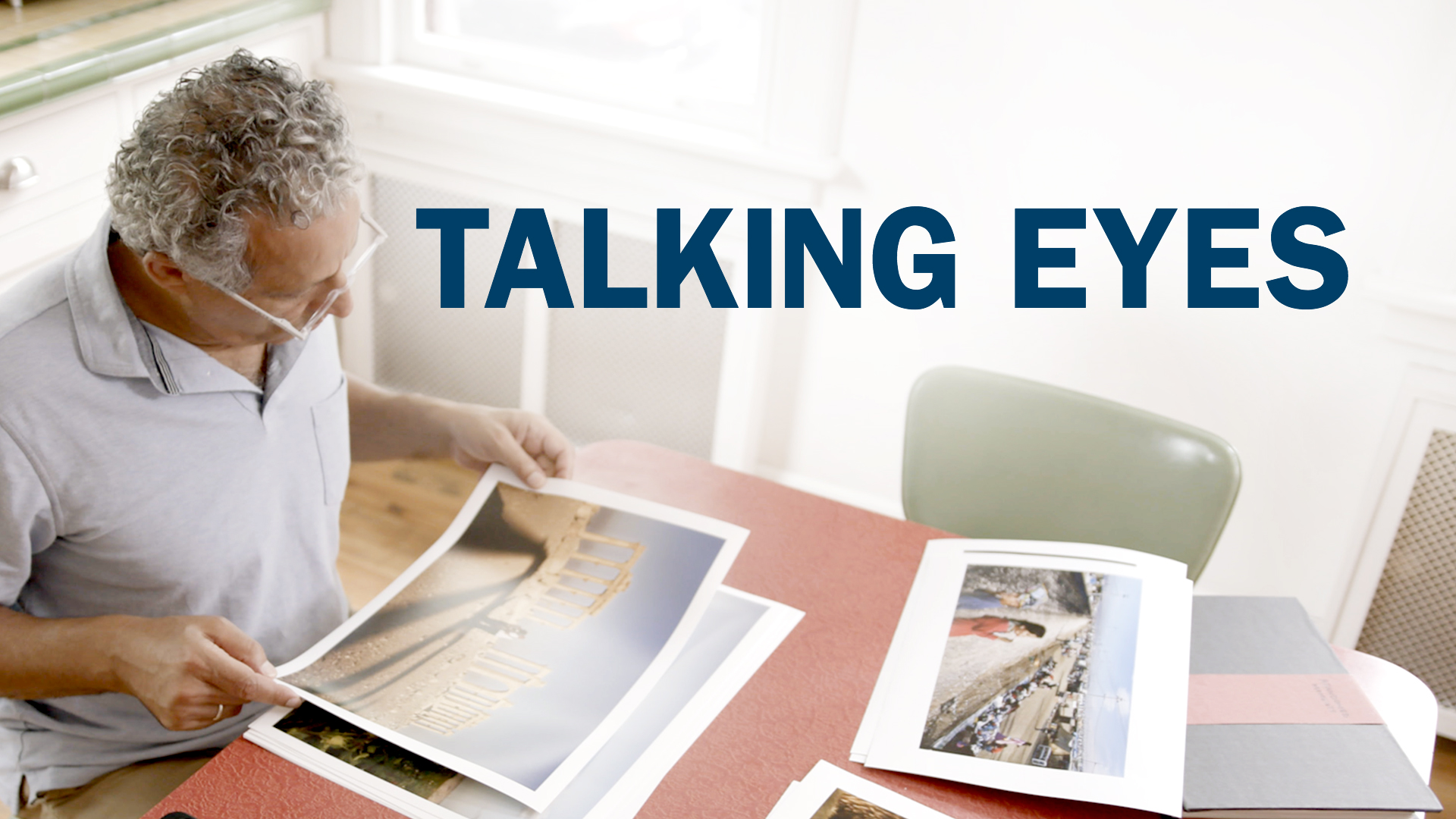 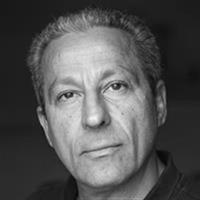 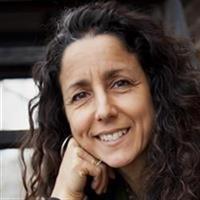 5/31/2017
Ed Kashi—a leading voice in the photojournalism and visual storytelling community—always wanted to disappear as a photographer. Julie Winokur—an accomplished writer and filmmaker—has a penchant for words. Through Talking Eyes Media—a non-profit production company founded by Winokur and Kashi—they dedicate their talents to telling stories that matter. In a media landscape cluttered with negative stories that don't always offer solutions, Julie and Ed have made it their mission to create documentary films, exhibitions, and photo essays that inspire and advocate for change. Watch as Winokur and Kashi discuss their respective artistic journeys, and how their paths eventually led them to Talking Eyes Media.

(upbeat music) - [Ed] I always wanted to disappear as a photographer. That approach to photography has really informed an aspect of my work now for 40 years.

- [Woman] I'm a word person. I hear a story. I hear words rearranged, whether I'm editing or someone else, I can hear, oh, you need to move that passage up here and this passage down there. That's all in the writing. I hear it. Talking Eyes Media is a non-profit production company and we produce documentary films, exhibitions, photo essays, pretty much anything that's visual media and that draws on everything from words to pictures to video.

We're telling stories about positive social change. So, we're telling the stories of people who have invested their lives in fixing problems. - It is a vehicle to activism. It's a vehicle to making a difference. To open their eyes up to something, to change the way they think. That to me is thrilling.

- I think I was born a writer. I was always keeping journals as a kid. I loved writing. I always saw it as my main means of expression. I think I really found my passion for reporting when I started to look into these issues around ecotourism and development. So, that really launched my career writing. - I moved to San Francisco, unwittingly I became a Silicon Valley photographer.

So, I was working for Time and Newsweek and all the big magazines but I was photographing Steven Jobs and Bill Gates and the head on Intel. And one day, I woke up after maybe five, six years of this, where I'm making more money than I expected and traveling and being published, all the things that are "success" but I realized, I was not miserable but this isn't what I wanted to do with my work. This isn't why I wanted to be a photographer. I wanted to be a story teller. (upbeat music) But if I continued on the route I was going, I might be richer today but I would have completely turned my back on what my true goals were in doing this work.

So, I took control of my destiny and I spent three years going back and forth to Northern Ireland. From the very beginning I knew you had to invest in your own work. This is the only way to not only get ahead but that's where your greatest work was going to come from because it's coming from your heart, it's coming from your gut and your soul and it was like that's where I found my voice. Visually, for the first time, I was making pictures and going, "Wow, there's something here now," and that was what changed everything.

After that, I got my first assignment from National Geographic Magazine. All of a sudden, I was now how I had wanted to be but I had to go through that other stage, if you like, or process. - When I met Ed, I was working on a film about Malaysia and a road that was being built through a primary tract of rainforest in order to facilitate tourism and I was interested in looking at the potential detrimental effects of carving a road through the center of a primary rain forest and then Ed and I started working on stories together.

Because of the digital revolution, we were able to buy our first digital video camera and get Final Cut Pro and all of a sudden this world opened up to us to take what we did and translate it into moving image. - Julie and I began Talking Eyes Media in 2002 and we could already see the inklings of how the digital revolution was changing our profession of print media. I don't think we realized quite what was coming.

- Multi Media as a concept was percolating and we were really on the foreground of seeing that opportunity. We had this skill set between the two of us that was able to take visual imagery and script and fuse it together and be able to edit something comprehensive. - Without Julie, none of this would exist, I'd just be a humble photographer, probably. Having partner and a collaborator who has the set of skills that I don't have, it's a beautiful mix.

- We did a long term project called Aging in America and that was seven years of field work, looking at stories around what it means to grow old and how society is changing as the demographics change. We had very modest goals in the beginning that we would have an exhibition of Ed's photographs and then we would have screens at the exhibition where you'd get to see the person in the photograph, come to life, speaking to you about some topic of interest. It just dawned on me, I've got all this footage, surely I can produce a film.

I taught myself Final Cut and we made a one hour film that ended up going on PBS stations nation wide. When I saw that, I realized how much was possible. What I love about what we're able to do, we're always experimenting. So, we work in film, we work in photography, we work in text and now we're doing interactive. We're very flexible and that's what keeps it exciting and engaging.

- So, its not just about doing a book or doing a bunch of great photographs. We're doing film. That is was really looking at each project and each issue and figuring out well what media do we want to create. - As exciting as a time as it is, in terms of self-publishing, I think you always have to be thinking about how do I find my audience? And there are multiple audiences. They are not the same.

I don't think any of it is really far removed from writing. There's very little that doesn't have some sort of accompanying explanation. There are things that a written piece can tell you that a visual can't but if you're working like we do, where everything is working together, where there are many ways to enter that story, then the text is nearby, the text is going to tell you what happened on the edge of that frame.

- What I've come to understand now, which I didn't at the beginning of my career, was the importance of authorship and having control over your work. When I work on something that care about and that I'm passionate about and I believe in, the work is gonna be better. That shouldn't be a surprise but for a lot of people, they don't understand that or they don't feel it, they don't get that. So, the way that you stay relevant and the way you continue to do work that you genuinely care about, is to make proposals, is to write or know someone or marry someone who writes.

So that way, you can keep pushing ideas out. As long as you keep pushing ideas out, the success rate is not high but you don't need it to be high. Just a few times a year and then you're in good shape. That means the thing's you're working on are things you really care about. - Doing this kind of work, it's made us who we are and it continues to do that on a daily basis. I think this work has that potential to make you a better person because it has you constantly challenging what you think you know.

- I kind of came to this realization that I was only going to become a better photographer, if I became a better human being. That maturation process took decades for me, quite frankly and the time's I might not have done something I would have done 34 years ago because I'm more concerned about my impact on people. (soft music) - I feel like there's a lot of pain, fatigue in the world and I think there's an opportunity to expose problems while focusing on solutions.

So, you can do both and quite frankly most journalism is around suffering. It makes for far more dramatic and provocative reporting. Far less is focused on solutions and positivity. I feel like there's a great opportunity and I think people are starved for it. (upbeat music) It's so hard to measure how impact minds.

That's the hardest thing, we can measure how many hits you got, how many eyeballs on a broadcast, all that kind of stuff, how many shares. Those things are all great because they're empirical evidence that something happened but you don't really know what happened. You don't really know, did somebody care, did they take action? Every time I head somebody took action, that to me is the real evidence that we succeeded.