Shooting in your own backyard 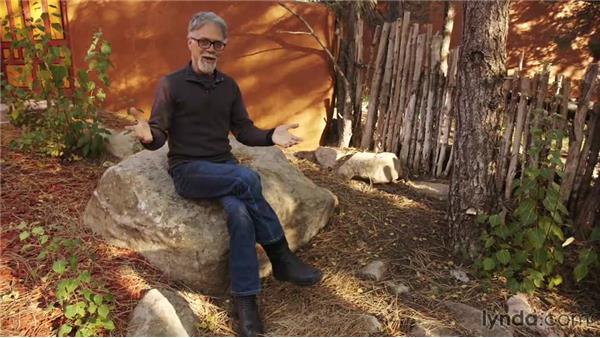 Join Ben Long for an in-depth discussion in this video Shooting in your own backyard, part of The Practicing Photographer.

I was in Istanbul a couple of months ago sitting in the courtyard in the Blue Mosque. Does that sound obnoxious? Is that like the place equivalent of name dropping? I'm not trying to gloat or anything. I was there as part of an event and it's a beautiful, the building is incredible and there was all these people around it. It was a really spectacular location, I was sitting there and I kind of looked around and I said, there's nothing to shoot here. It was, a ridiculous thing to think, I, I was tired but still I, I really did think that, nah, nah, there's nothing to shoot here in this spectacular location in a foreign land.

And I continued to sit there, actually a little bit relieved with the idea that there was nothing to shoot there because I was off the hook. I was able to just continue to sit there and vegetate, or whatever it was I was doing. But then my eye caught a play of light on a far wall, on some you know, 12th Century stone wall, there was this beautiful splash of light and I though oh, okay I, I could take a picture of that. And I thought well, I should because, I'm a photographer and all. So I walked over there and took the picture. This week on the Practicing Photographer, I'm going to talk to you about how you can get past your, one way you can get past a block, if you're feeling like there's nothing around you that's worth taking a picture of.

In this case, I really was certain that I was in a location where there were no pictures. When I saw the splash of light, though, something changed. I went over and took a picture of it. It's not a picture that's worth talking about. But, it reminded me that, oh, light is interesting. And I began just photographing light and from that then I saw, oh, look at that woman over there, oh, look at that kid with the cell phone, oh, look at. And, I was seeing again. Light was my entry back into having my eyes open and realizing that no, no, no pictures can happen anywhere. So, I would like to challenge you with a little exercise.

What I was doing there, getting stuck, and getting unstuck, really had nothing to do with the space I was in. Yes, I was in this beautiful location, but it was internal, that was the problem. I wasn't doing the work of being a photographer. So I would like to challenge you to go out and remind yourself of the work of doing the photographer, and you don't have to go to Istanbul to do that. Go to it in your own back yard, walk on your back yard with your camera, and find some pictures. Now you may think, but there aren't any pictures in my backyard, yes there are, I promise you there are pictures in your back yard.

You have to go hunt them down. Now, here's the thing. Let yourself off the hook. You're not going to, it doesn't matter if you come back with lousy pictures. You don't have to show these pictures to anybody. There're two points to this exercise. One is to remind yourself of the fact that seeing is an active process. It is something you have to go out and do. When I was sitting there at the Blue Mosque, I was waiting for the pictures to come to me. The reason I didn't feel that there were any was because there was not a parade of elephants walking by that was obviously a picture.

Once the, I saw the light and went over and shot it, I remembered, oh, right, I have to go find them. Same way in your backyard, go find some. Now, because we're giving ourselves the out, here, of saying we don't have to come back with great pictures, some things might happen. You might come back with a great picture. You might come back with a bunch of mediocre pictures. That's okay, you're reminding yourself that it's an active process, that you have to go look for the pictures. But something interesting happened to me while I was doing this. Same exercise just now. I remembered a bunch of technical stuff. I'm pretty adept technically.

And yet when I was out here taking some pictures I realized, yeah I don't need any more depth of field or any less than I'm getting with F 3.5. In fact, in this shot, I don't care about depth of field. But I ought to shoot it five, six to a little bit above because my lens will be sharper there. My lens has a sweet spot. I know that. I've been forgetting to think about that. I've been forgetting to adjust my aperture accordingly. And so on. And so forth. There were a lot of just technical things that I noticed. I could hold my camera more steady if I would go back to correct posture. I should think more about the controls on this new camera that I'm not quite entirely used to yet.

The depth of field button, preview button is in a different place and I keep reaching for it in the wrong place. Photography is a craft as much as an art and craft is something that has to be practiced so if nothing else, heading out into the backyard to shoot some stuff is going to make you practice the craft aspect of it. This may not sound like much, but I think it's a really good exercise. I think it's something you should do anytime you're feeling stuck, anytime you're feeling complacent, anytime you're feeling smug. I had a good day of shooting the other day and I think it put me in a space that oh I can go find pictures anywhere. Well, go try it in your backyard. Even if you don't find any, you're still going to learn a lot.

Video: Shooting in your own backyard